There may be a gap between 3.2 beer disappearing in Utah, and heavier brews moving in 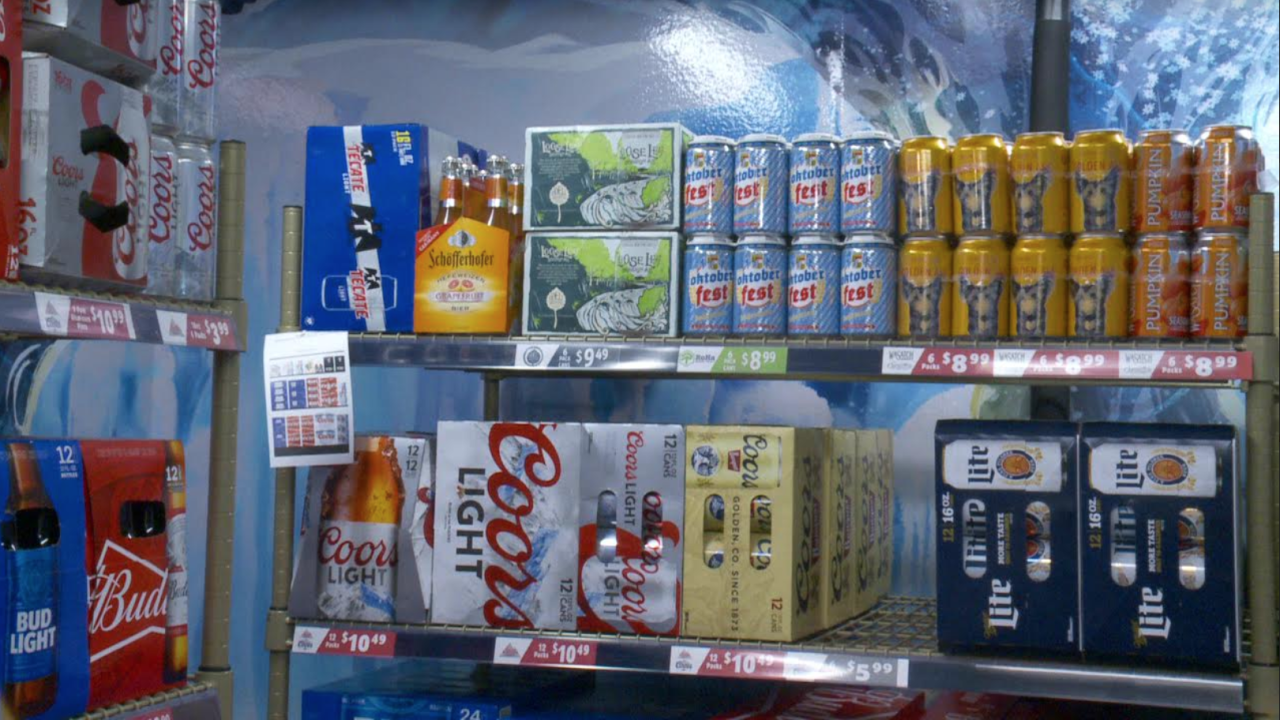 Beer on display inside a “beer cave” inside a Maverik convenience store in Riverton. (Image by Pete Deluca, FOX 13 News)

SALT LAKE CITY — There may be a slight gap between 3.2 beer being removed from grocery and convenience store shelves and heavier brews being moved in.

“There’s a bit of a technical snag in terms of logistics. The legislature anticipates a flip of the switch. There may be a period of time that some grocery and convenience stores may not have 5.0 beer because technically speaking, they can’t store it nor can they sell it until November 1. There’s that issue out there,” he said.

Asked if that means some beer brands won’t be available for consumers immediately once the law changes, Petilos told FOX 13: “That’s what industry tells us.”

Kate Bradshaw, who led the Utah Alcohol Coalition, which led the lobbying effort to get heavier beers, said it was trying to find a fix.

“We are aware and working to see if we can solve the logistical timing issue,” she said Wednesday.

Meanwhile, the DABC said it was planning to replace heavier beers in state-run stores with some craft-type brews as well as beefing up spirits and wine selection.

Faced with other states abandoning 3.2 beer for heavier brews, Utah lawmakers voted to allow slightly heavier brews (5% alcohol-by-volume) in a compromise that averted a ballot initiative to put beer and wine in grocery and convenience stores.

You can listen to the “Utah Booze News” podcast here: