A stomach-dropping moment was caught on camera by a home surveillance system Thursday afternoon, when a woman, who is 27-weeks pregnant, crashed into a rock wall going 35-to-40 miles per hour.

According to the Utah County Sheriff's Office, the woman experienced a medical emergency which caused her to drive across the lawn of a home near Inverness Road and Mt. Airey Drive.

Ty Shiffler heard the crash from inside of his home across the street.

“I just ran over to the vehicle and…” Shiffler said before taking a moment to himself.

Shiffler was still caught up with emotion after pulling the woman from her car.

“All I could see is my wife, type of thing, in the same situation,” he said.

“I just ran over and opened the door and she was unconscious and I realized she was pregnant and just didn’t know if she was injured so I tried to get her attention, tried to get her to wake up,” Shiffler continued. 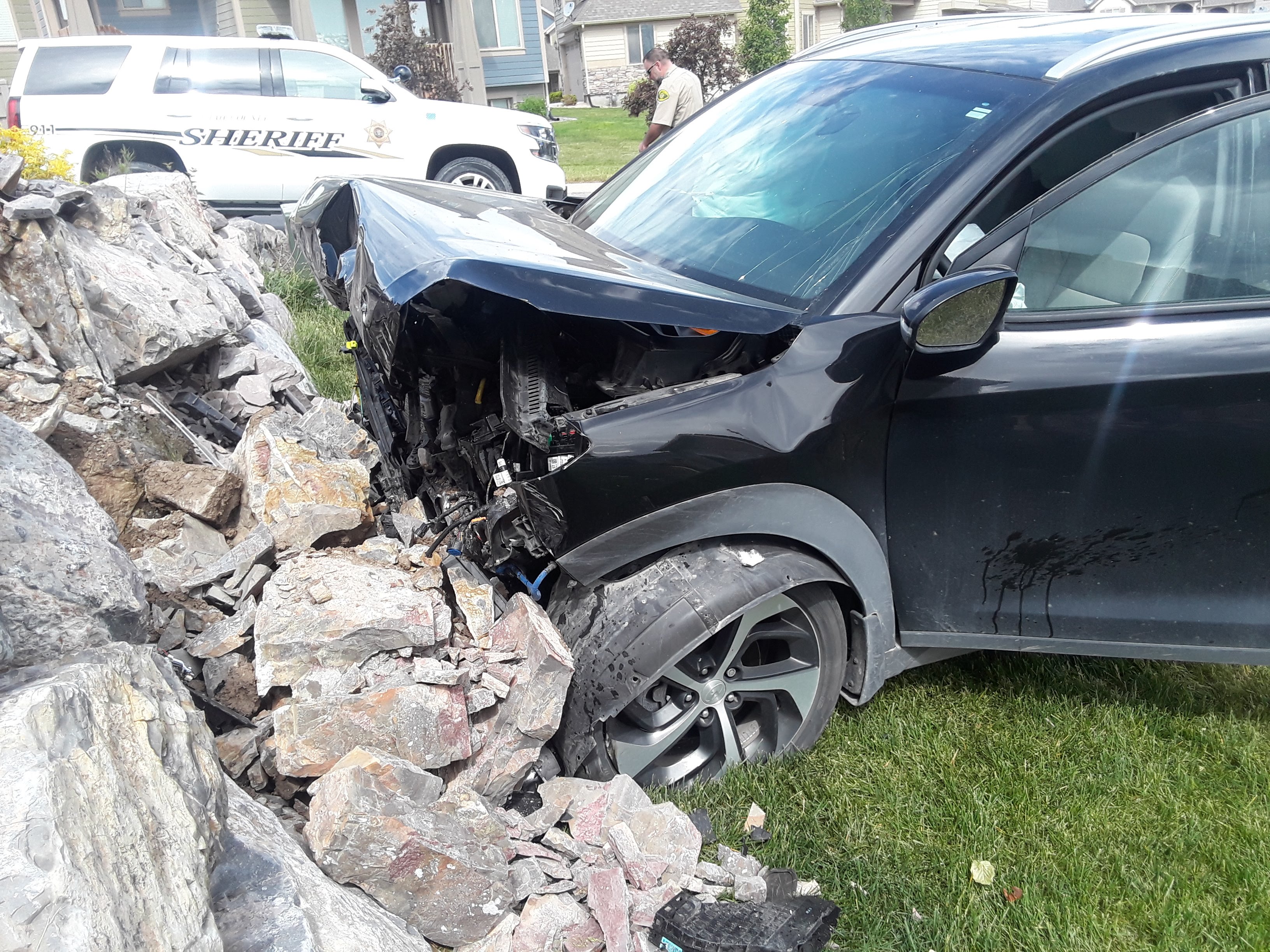 Once she regained consciousness, Shiffler said the woman told him she had passed out behind the wheel.

“She was in a lot of pain and just worried about the baby,” he said.

The Utah County Sheriff’s Office said witnesses saw the woman standing outside of her car up the street. Police said she had called her husband to let him know she wasn’t feeling well and was going to work from home. The accident happened shortly after she got back into her car.

“We were able to call the husband and she had been to the doctor because she was having lightheaded spells,” Shiffler said, reiterating what her husband had told him.

Upon arrival, paramedics got her into an ambulance to take her to Mountain Point Hospital in Lehi.

“She did have a bloody nose, some at least minor head injury and she was complaining of pain in her abdomen area,” said Sgt. Spencer Cannon with the UCSO.

“Once they got en route there in the ambulance, I guess things went downhill a bit,” Cannon continued.

In need of more serious attention, she was flown to the University of Utah Hospital in Salt Lake City.

Leaving others left hoping that the accident, will leave the mother and baby okay.

“I’m just trying to get it out of my head at this point, hoping at some point I can get some news and find out that she’s okay and the baby’s okay,” Shiffler said.

At this time, Fox 13 has not received an update on the woman's, or her baby’s, condition.

A security camera captured footage of the crash (below).