After 14 years, the legal battle over the FLDS Church’s land is finally over

"Things are operating the way I had hoped it to," 3rd District Court Judge Richard McKelvie said. "It was never my intent to be the de facto mayor of Short Creek."

The UEP Trust controls homes, businesses and property in the border towns of Hildale, Utah, and Colorado City, Ariz. (and some in Canada). Its assets are estimated to be in the hundreds of millions of dollars.

Originally created under the early-Mormon concept of a "united order," where members consecrate what they have to the church and it's doled out according to wants and needs, the UEP Trust oversaw everything with a network of storehouses, homes and properties.

But in 2005, the Utah Attorney General's Office asked the courts to take over the UEP. They alleged FLDS leader Warren Jeffs and others within the church were mismanaging it and using what was meant for members for their own gains. Jeffs, at the time a fugitive, instructed his followers to ignore court orders.

Over time, the trust was reformed by judges who implemented a board (made up of mostly ex-FLDS members) to subdivide property, carving out the religious intent of the UEP. After 14 years, Judge McKelvie argued, it was time to end court oversight.

"I think it’s time for us to just leave you alone and let you run your community the way you intend to and the way you want to," he said.

But current and former FLDS members objected and actually wanted court oversight. Roger Hoole, an attorney who represented some of the original complainants, urged the judge to stay in charge. He said there were concerns about the new board's transparency and retaliation.

"We have a problem in the community and we need to address these perceptions one way or the other," he told FOX 13 outside of court.

FLDS members also didn't trust the board to listen to their concerns about homes and property. Many have refused to obtain deeds to homes through the reformed UEP and have been evicted.

Loretta Barlow argued that she cannot participate because her religion forbids her from doing so.

"They have evicted all of the religion’s storehouse buildings, all of the meetinghouses, most of the schools and hundreds of homes," she told FOX 13.

Lynn Kingston, an attorney representing an FLDS member, argued the community has been driven out. In 2017, he said, there were 409 homes in Hildale with FLDS members living in them. Now there are 12.

UEP Trust attorney Zachary Shields argued the board is receptive and willing to work with FLDS and non-FLDS alike.

Since the Utah Attorney General's Office intervened in the UEP Trust, dramatic changes have taken place in Hildale and Colorado City. Jeffs is in prison, having been convicted of child sex assault related to underage marriages. The town governments were sued by the U.S. Department of Justice, accused of discriminating in services against non-FLDS members and the police force was accused of being more loyal to Jeffs than the law and reforms were made. Hildale's town government has its first secular council and woman (and ex-FLDS) mayor.

Norma Richter, an FLDS member, told FOX 13 outside of court she believes she is being driven out of Hildale.

"I live there. I pay my taxes. We’ve never been told not to. So we do it. And I’m still penalized for that and threatened," she said. "And my friends and my neighbors. And they’re evicted and they’re cast out. There’s not very many of us left." 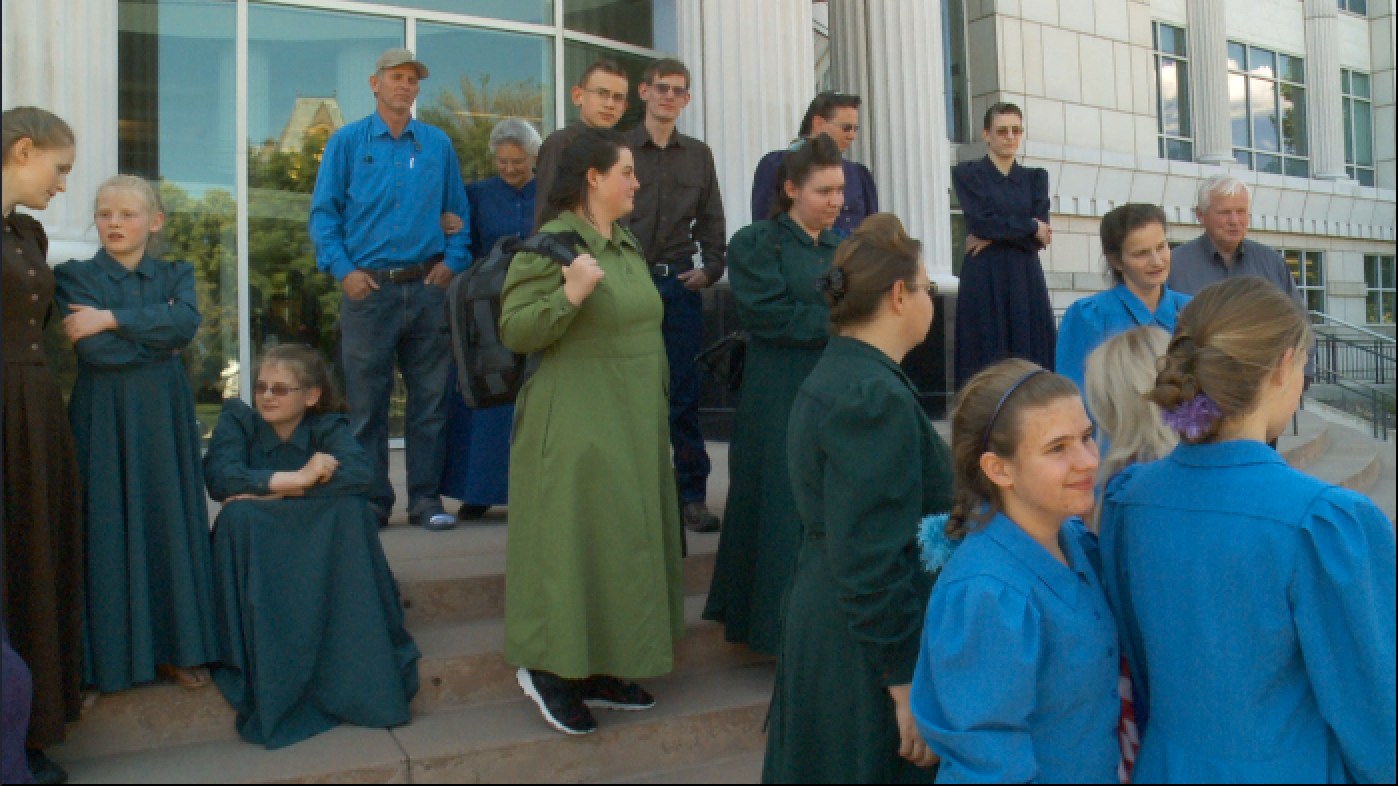