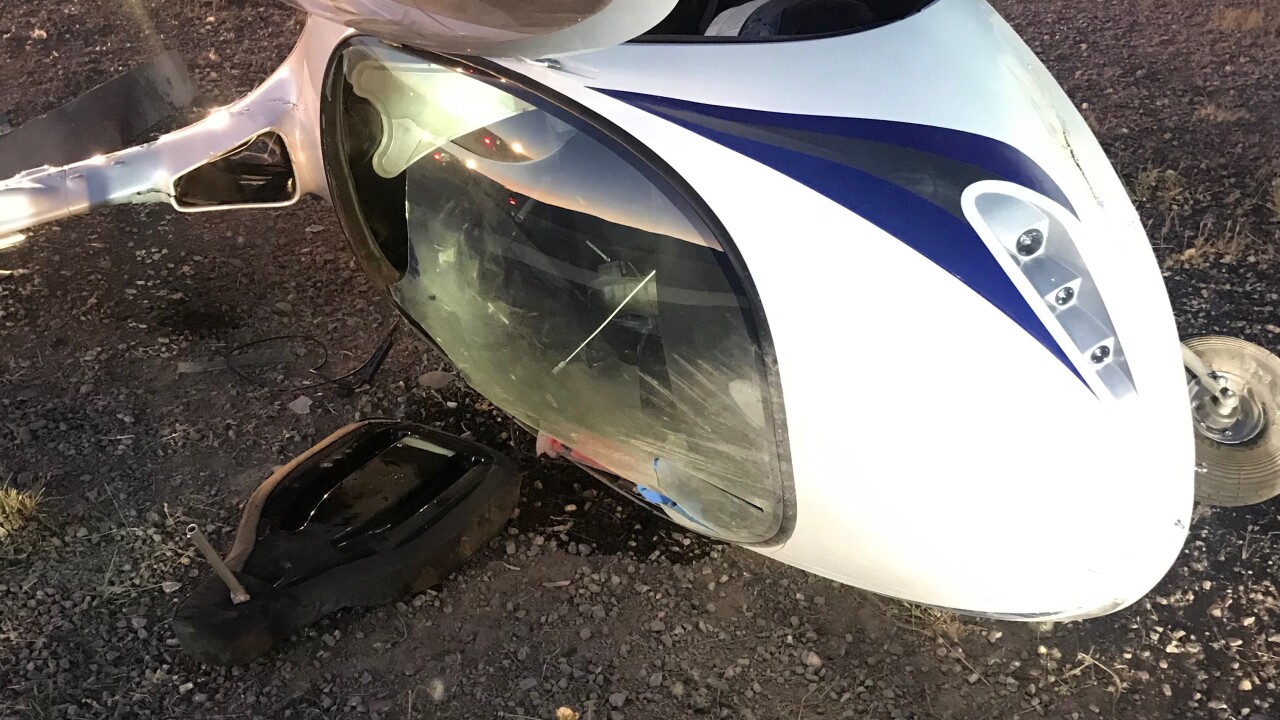 NEPHI, Utah — The Juab County Sheriff’s Office confirmed a Davis County man has been hospitalized after a gyrocopter crashed Tuesday evening in Nephi.

Chief Deputy Brent Pulver said the crash happened at the Nephi Municipal Airport and dispatch received a call about the incident just before 9:00 p.m. Tuesday.

The National Transportation Safety Board and Federal Aviation Administration will be investigating the one-person aircraft crash, according to Pulver.

The victim’s name was not released but Pulver said he is a 66-year-old male from Kaysville.

The FAA requires pilots to have a sport pilot license to fly gyrocopters.