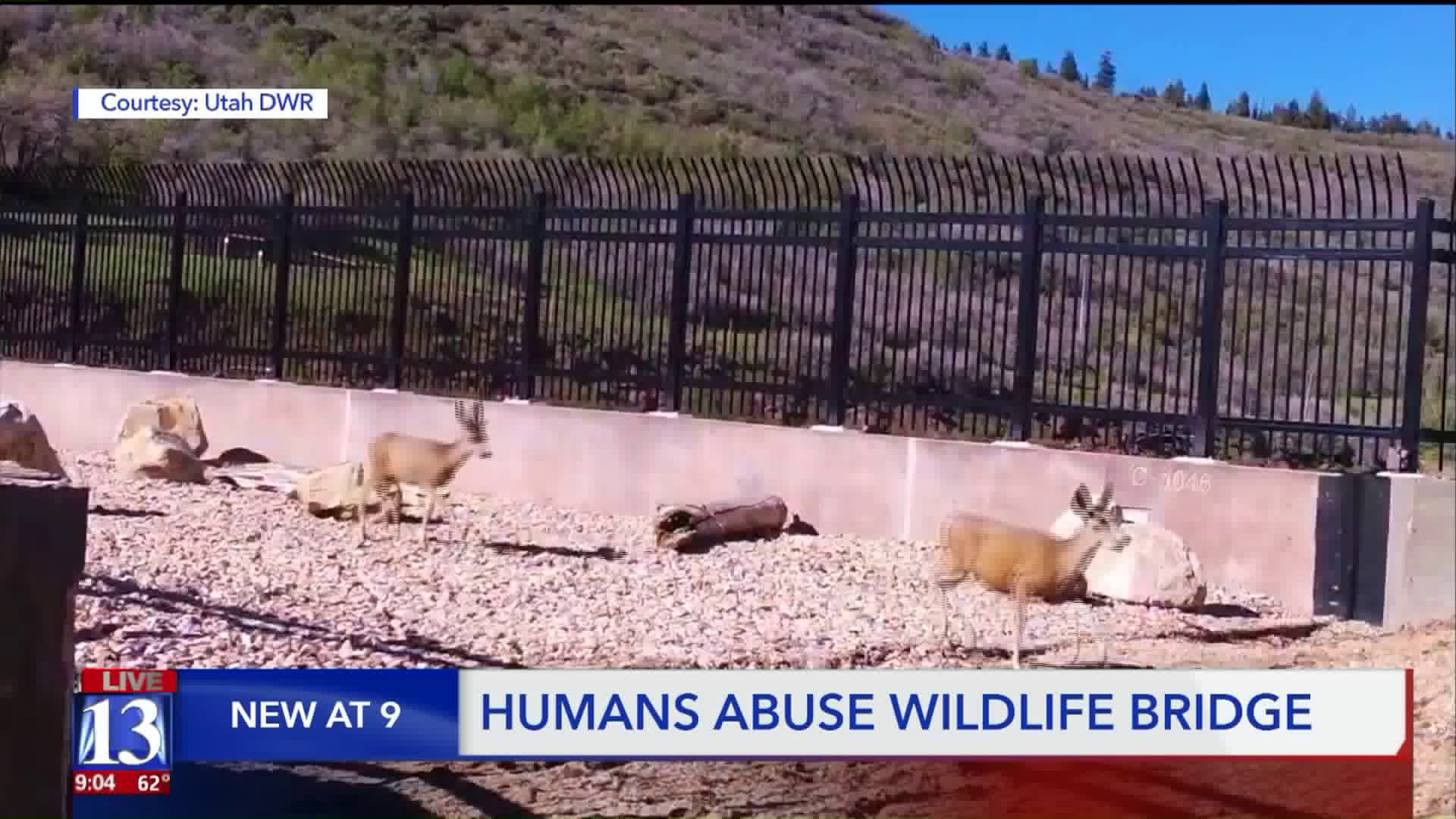 People caught using a wildlife overpass bridge on Interstate 80 in Parleys Canyon is raising concerns for wildlife officials regarding future animal use. 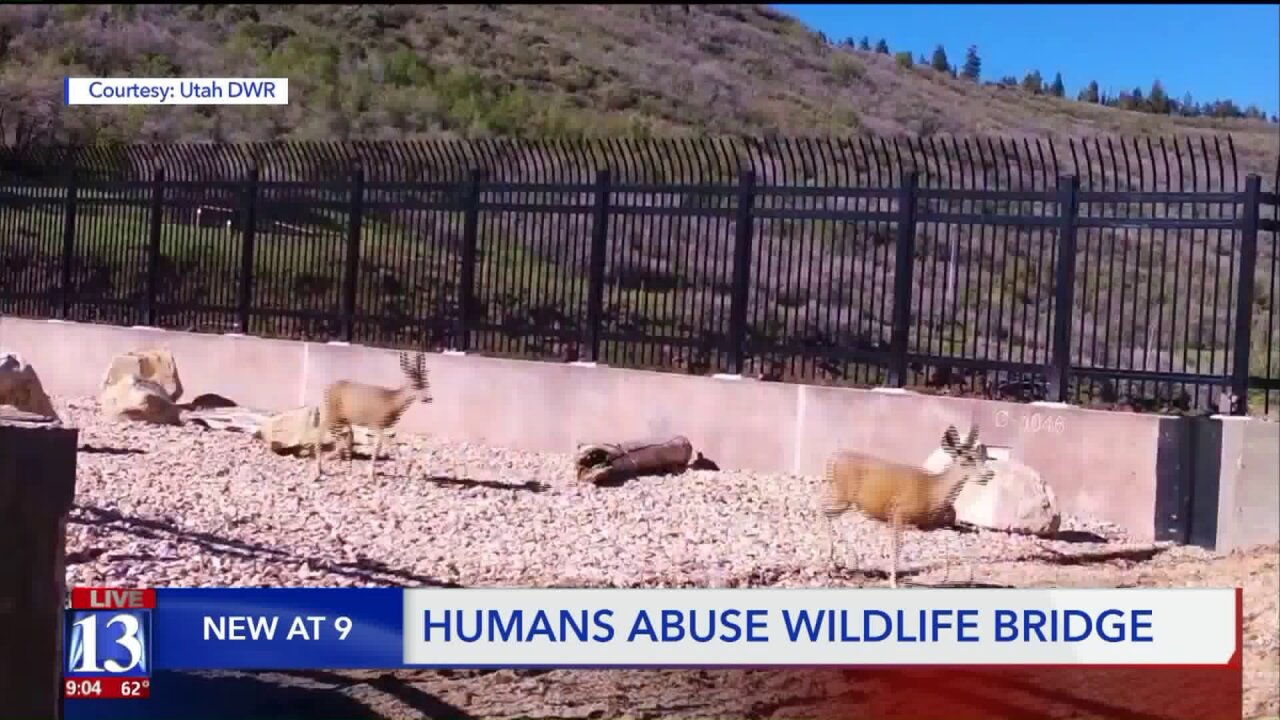 Seven months after the debut of the wildlife overpass bridge on I-80 in Parleys Canyon, the Division of Wildlife Resources is seeing success when it comes to the number of animals using the crossing area.

Cameras, set in place by the Utah Department of Transportation, have caught critters of all shapes and sizes using the new crossing day and night.

“If you think about it, all of those animals that you see crossing the bridge would be crossing I-80 and that’s the potential for crashes out there,” said John Gleason with UDOT.

FOX 13 got to step foot on the overpass when it was completed back in December. Since then, there’s been one rule – animals only.

However, based on those cameras, not everyone has been listening.

“We’ve had some people using the overpass, we’re not crazy about that,” Root said. “I’ve had people skiing on the overpass, mountain biking, running, hiking and just wanting to check it out.”

DWR said the human use could detract wildlife.

“A lot of our wildlife can smell humans and so it could actually influence their decision to cross or not,” said Root.

As the animals continue to familiarize themselves with the crossing, it could raise territorial concerns.

“If we have animals [that] start getting used to the overpass and then you show up, let’s say you have a cow-moose and then she gets aggressive, you’re in trouble,” Root said.

Their advice? Stay away, so they can keep the wildlife crossing, wild.

“Just avoid it, let the wildlife cross in peace and get used to the crossing so it will ensure they use it a lot more in the future,” Root said.

DWR has placed a number of signs near the overpass, notifying passerby’s that the bridge is for animals only. They will be adding more signs in the coming days.

As of now, fines are not imposed on those who use the bridge. However, that could change in the future.