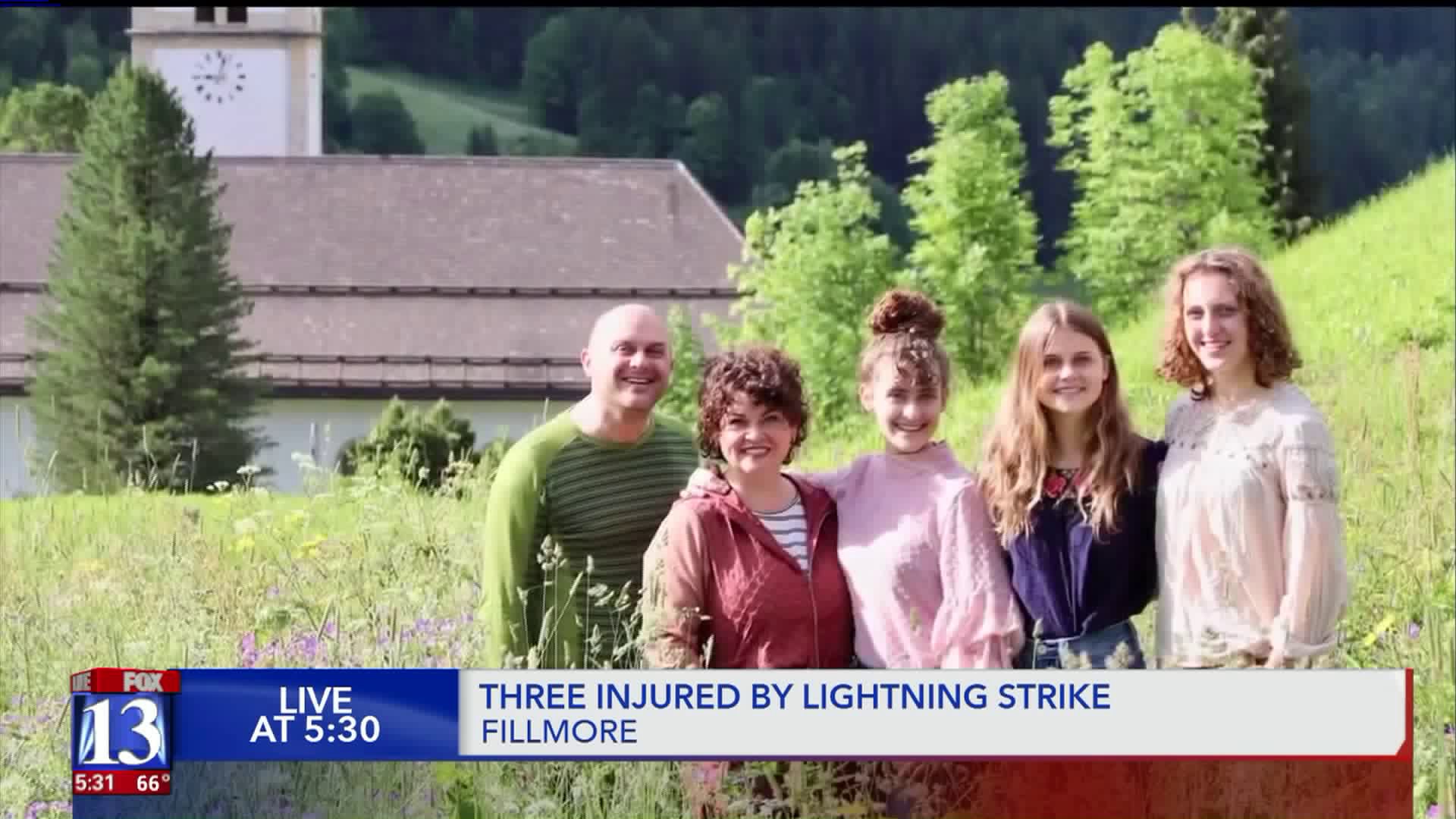 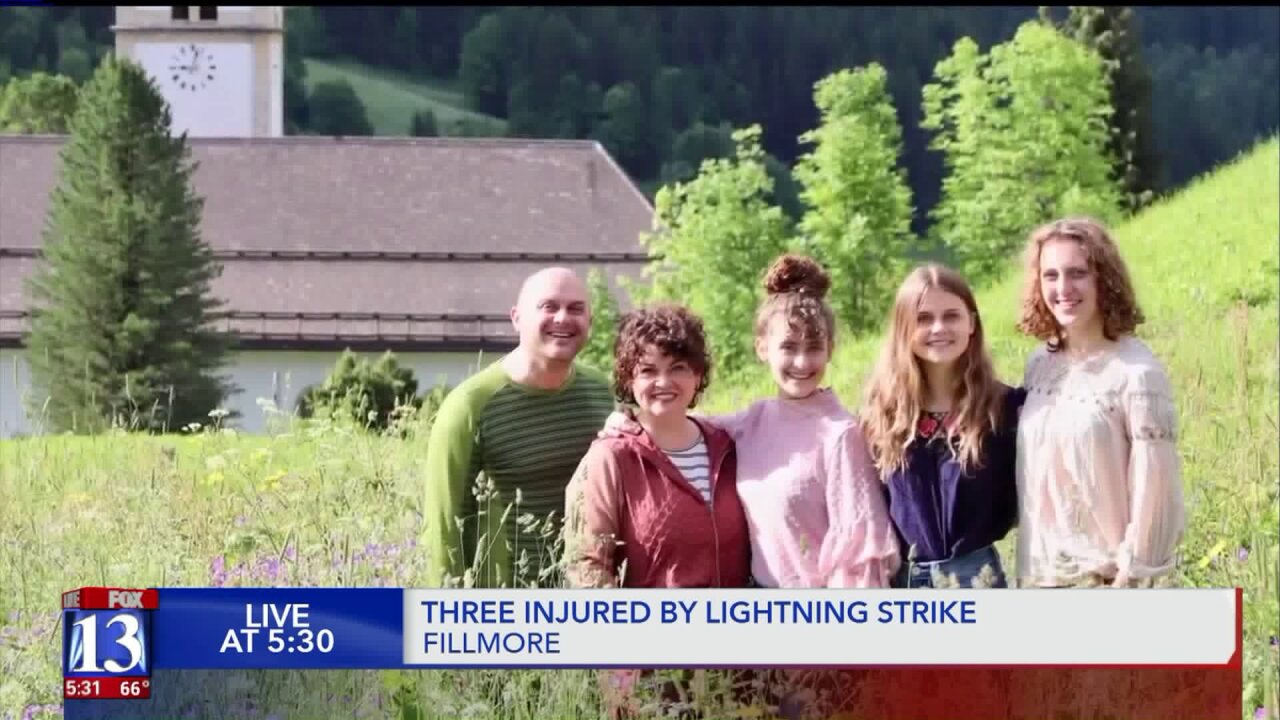 FILLMORE, Utah — A Taylorsville father and his 17-year-old daughter are both in the hospital after being hit by lightning in central Utah Thursday night.

Scott Robison, 45, and his daughter Chloë, both from Taylorsville, were struck while playing "pioneer games" near a tree at the Territorial State House State Park in Fillmore.

They were participating in the Building Zion Youth Conference, which was cut two days short because of the strike.

Several youth groups from the Church of Jesus Christ of Latter-day Saints were camping outside when the strike hit during a partly-cloudy sky.

Hartley saw about 80 teens and leaders run for cover around 8 p.m.

“When it cleared, you could see they were working on two people down there, so we went down to see what was going on,” Hartley said.

“In that moment, I was devastated. I was scared,” said 17-year-old Marcus Newton.

Newton was playing games with his friends when the bolt hit nearby.

"I looked down and I see two people laying down there on the ground, like, parallel to each other, side by side laying there,” Newton said.

Chloë suffered first degree burns and a damaged eardrum. A family spokesperson said she is expected to be released from the hospital in a few days. Scott is in worse shape. He’s heavily sedated in a Salt Lake City hospital undergoing tests.

The spokesperson said a youth group leader who performed CPR is credited with saving Scott’s life.

“I would have never thought in a million years that this would happen. It is, like, the biggest shock to me,” Newton said.

With youth groups from across the Salt Lake Valley at the site of Utah’s first capitol building, Hartley said they were still blessed.

“It’s bad that two got hurt, but for a crowd like that they were in, it’s surprising nobody else got hurt," he said.