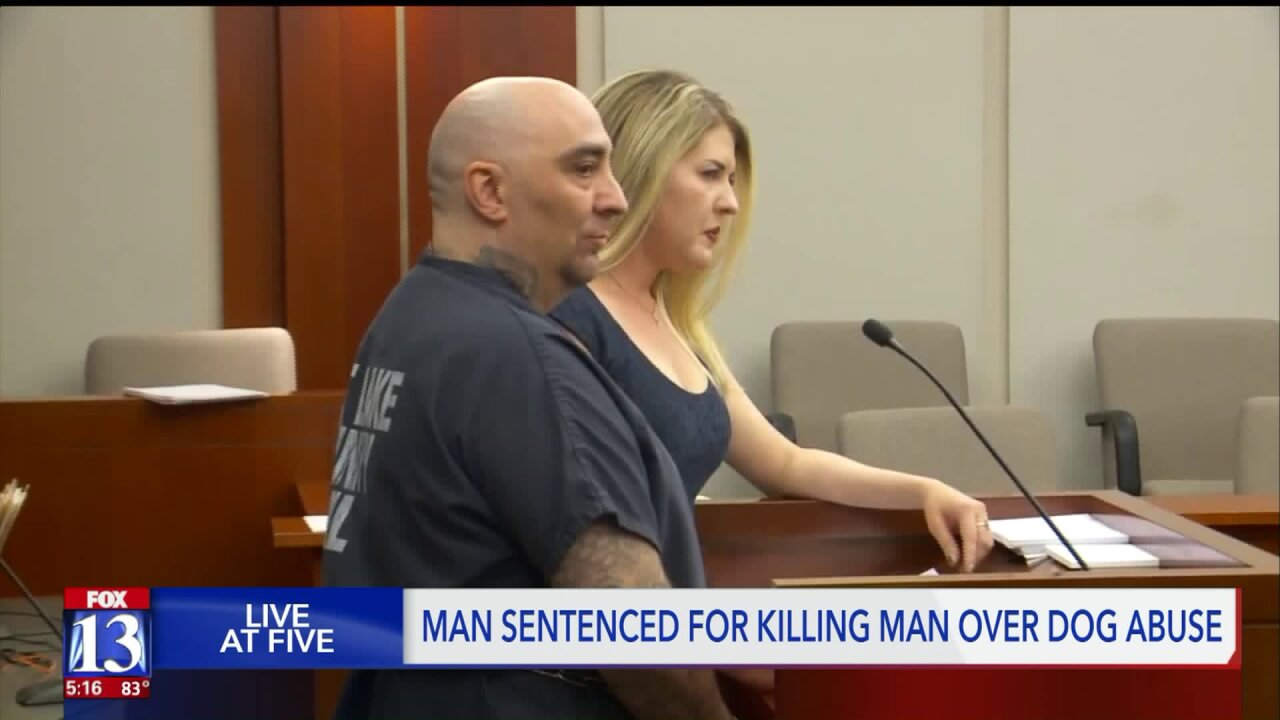 SALT LAKE CITY — A man convicted of hitting and killing another man in West Valley City after being confronted about abusing a dog learned his fate Monday.

It's been just over two years since 47-year-old Jeremy Hardman was hit and killed, but his mother, Judy Crocker, says justice has finally been served.

"For it to run over two years really has been trying," Crocker said.

It was June 7, 2017 when police say Jeremy Hardman confronted Aaron Hosman after he saw him hitting a small dog.

After an argument, several witnesses say Hosman got into his car and sped towards Hardman, hitting and killing him before driving off.

"He not only murdered my son. He was my only son. I will now have no grandchildren. I will now not be able to celebrate Mother’s Day," Crocker said.

He was on the run for several days, changing the color of his car in an attempt to hide from police.

"I’d just like to apologize to the family I didn’t mean for this to happen and I apologize and that’s it," Hosman said during his sentencing.

"That was not a sincere apology. There was no remorse. The only thing Aaron Hosman is sorry about is Aaron Hosman got caught," Crocker said.

"We were asking for a concurrent sentence because my client is very remorseful about what happened. This was again never his intent that day to turn out the way that it did," said Hosman's attorney, Lacey Cole Singleton.

Despite his apology and his attorney's plea for mercy, Judge Elizabeth Hruby-Mills, handed down the maximum punishment.

"You demonstrated such a horrible lack of impulse control. It’s astonishing," says Hruby-Mills.

Hosman will serve consecutive sentences of 16 years to life for murder and 1-15 years for obstruction of justice.

"We were not really surprised by the way that she sentenced him. We kind of expected that. Not to say we weren’t disappointed," Singleton said.

Singleton says they plan to appeal.

"I feel like justice was well served," Crocker said. "He’s probably looking down with a smile on his face and saying he got what he deserved."