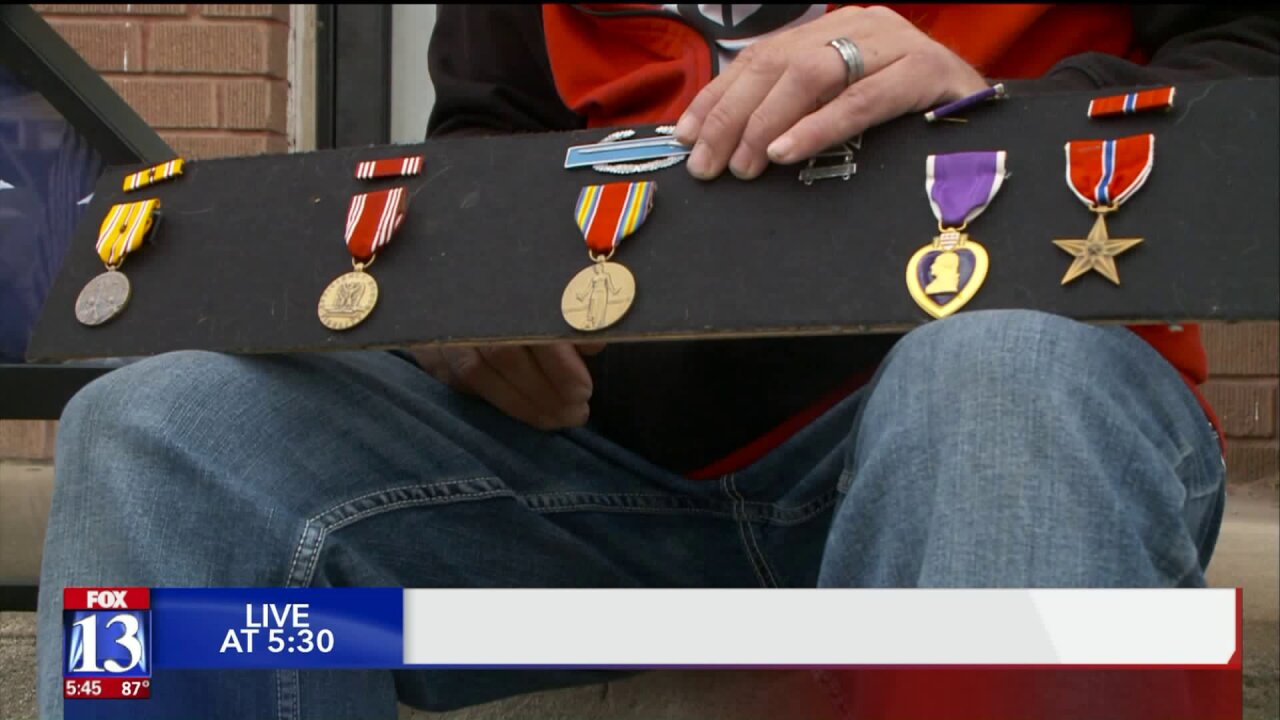 ROY, Utah — The family of a World War II soldier has been identified after a Roy man's nearly year-long search.

Five medals, a war photo and a casket flag are being mailed from Roy, Utah to Thomas Doug Walker's family in Ukiah, California.

After Jim Thorpe's friend found the lot of Walker's WWII regalia in the closet of an Ogden apartment, the Thorpe set out to find the rightful owners.

"He was obviously someone special that did something to earn those medals,” Thorpe said. "It belongs with the family."

Thorpe didn't know where Walker lived or even which branch of the military he served. But he felt determined to reunite the symbols of Walker’s courage and character with his family.

"I can’t imagine this isn’t missed,” Thorpe said. “Somebody knows this is missing."

Thorpe wasn't sure he would ever find Walker's family.

“It means something, you know,” Jim Thorpe said. “After so long, it got to the point I really didn’t know if we would ever find them."

Now, the search is over.

“It’s just amazing how it all came together,” Bonnie Walker Marshall said.

A Facebook post about the medals reached Marshall in California. She immediately recognized her Uncle Doug and confirmed it with a copy of the same photo in the window box.

“He was an exceptional, caring man,” Marshall said.

Marshall says her Uncle Doug served bravely in the Pacific, losing his eye during battle and earning the purple heart. The two-time widower never had children and died 12 years ago.

“It’s just an honor to have this back in the family," Marshall said. "Through all that everyone did, it was a tremendous effort and it’s just wonderful."

As for how the memorial got to Utah, Marshall can only speculate. But she’s happy they’re being sent to Walker’s youngest brother Dale.

“They’re excited, and I’m excited to send it. It’s been a long time coming,” Thorpe said.