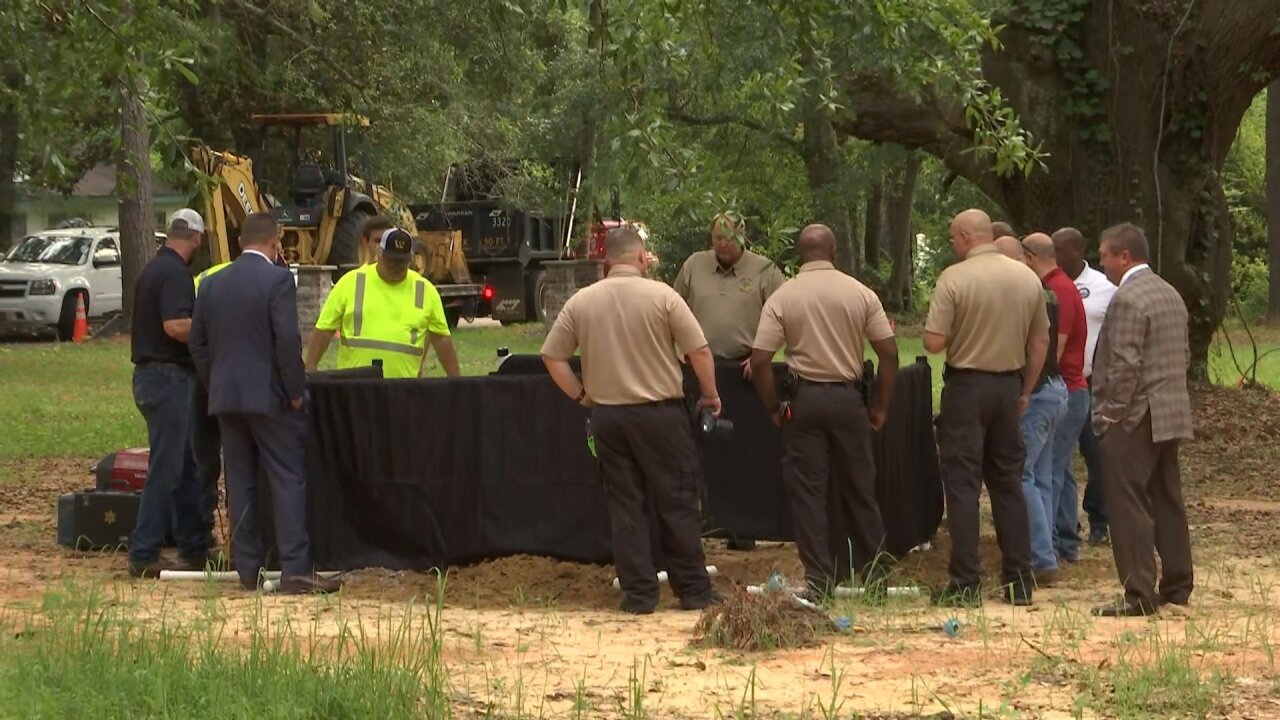 **Embargo: Mobile, AL-Pensacola, FL** Digging began as part of an investigation into a cemeterey in Pichard June 26, 2019.

Capt. Paul Burch with the Mobile County Sheriff’s Office said officials found burial vaults that were not properly sealed — with standing water in the vaults and water in the caskets. They found vaults covered with less than eight inches of dirt rather than the industry standard of two feet, he said.

“What we are going to be dealing with is more so industry standard rather than law,” Burch said at the cemetery Wednesday morning. “There is not a law governing some of these procedures. But I think we are on good solid ground using industry standards.”

Based on the condition of the remains, and in consultation with the Mobile County District Attorney’s Office, it was determined to make the arrest on the abuse of corpse charges, Burch said.

There have been questions surrounding the legality of the cemetery and also allegations made about some of the graves here.

Deputies say some of the allegations include bodies being dug up and caskets being re-used and bodies not being buried where they should be or not being embalmed.

There have also been complaints about an odor coming from one of the graves.

Investigators said before the digging started that they expected to obtain some of the answers they need for their investigation.

“We’re not just here. We’re working on behalf of families, at their request,” said Burch. “In my 31 years, this is definitely different.”

Sheriff Sam Cochran issued this statement: “This investigation is not about one person, it is about numerous complaints from citizens of Mobile County. We will continue our investigation and seek the truth for these families who lost their loved ones.”