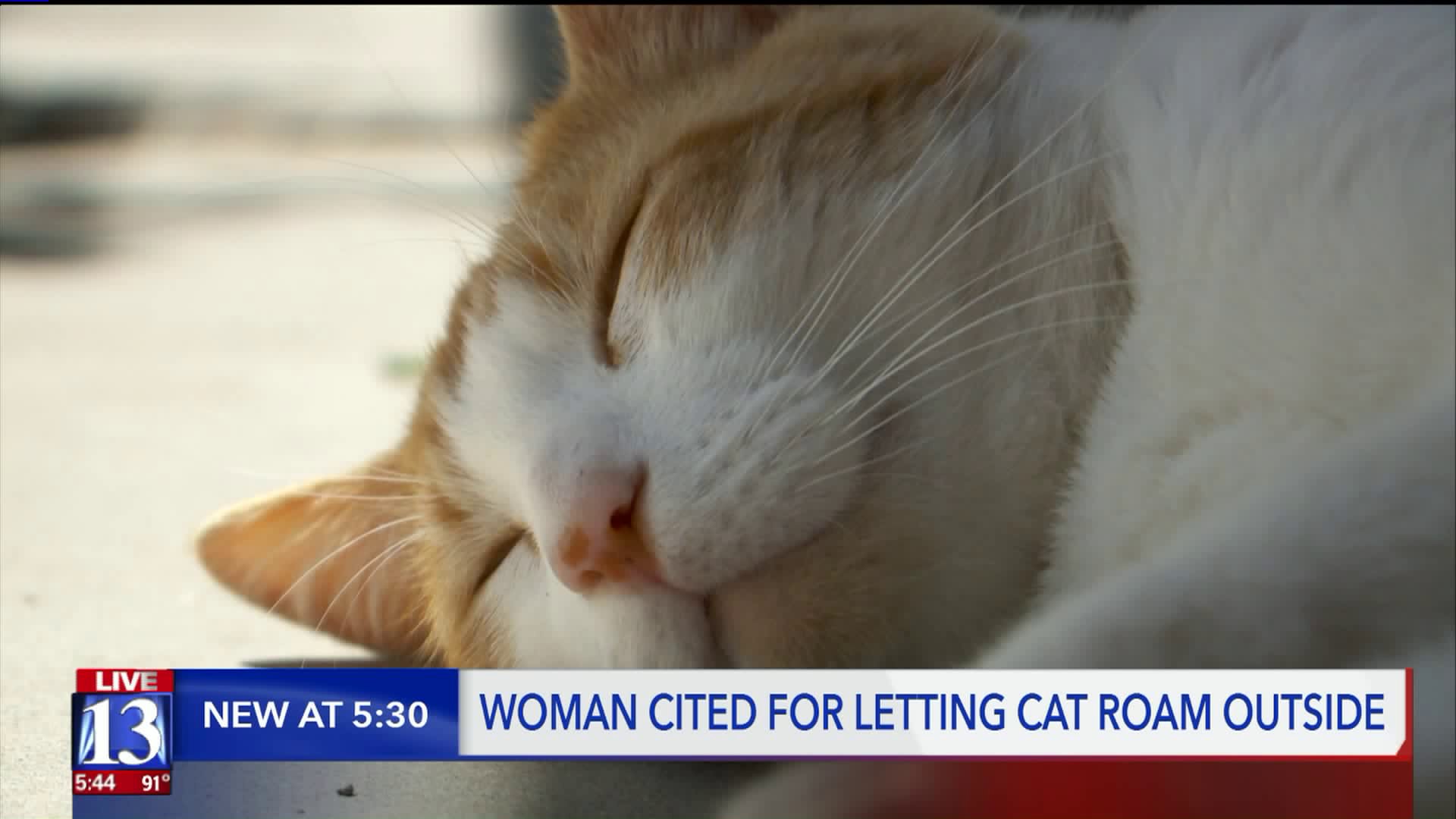 A Utah woman wants to see change after an antiquated ordinance led her to receive misdemeanor charges for allowing her cat to lay on their front lawn. 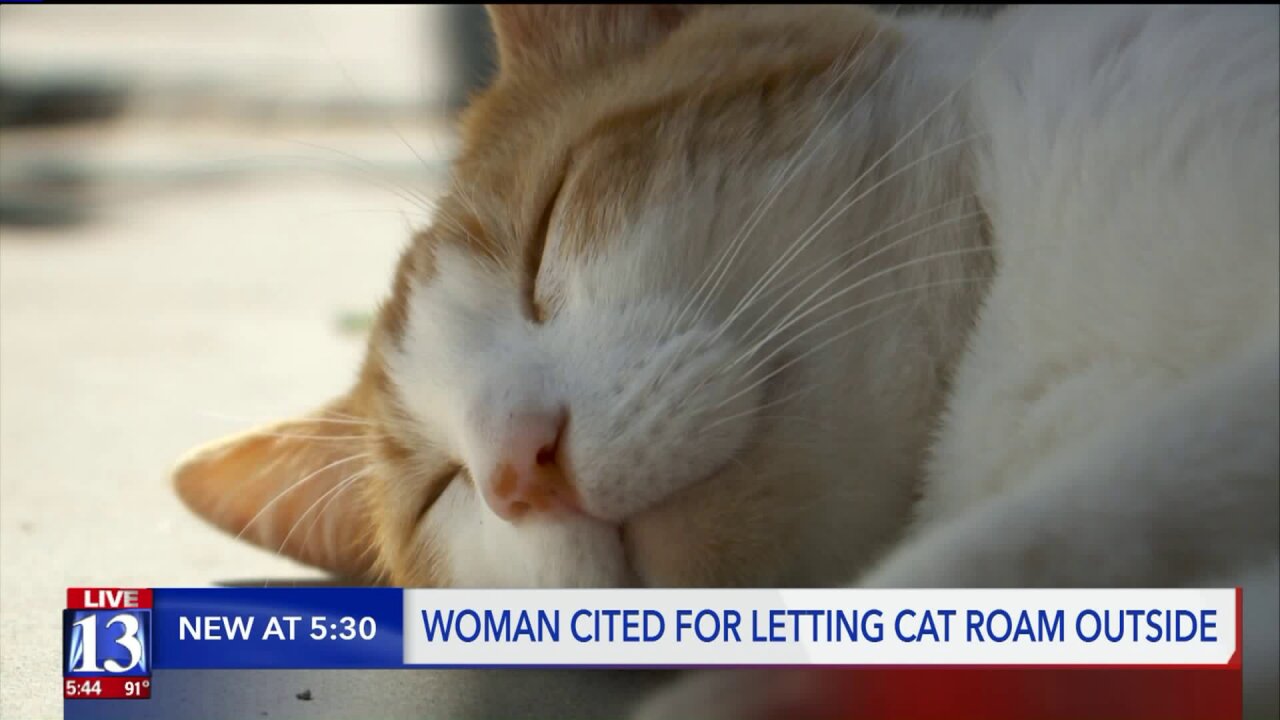 MURRAY, Utah – A Utah woman wants to see change after an antiquated ordinance led her to receive misdemeanor charges for allowing her cat to lie on their front lawn.

When Kate Anderson was first approached by animal control, she thought something terrible had happened to their cat. Then, the officer gave her a citation, carrying the weight of two misdemeanor charges, for letting her cat lie on their own lawn.

“Milo, come here!” Anderson said as she made kissy noises to her cat while it laid on their front lawn.

In the Anderson household, Milo is treated like family.

“He’s got a cat door, so he just comes and goes and is a cat,” Anderson said.

However, they never expected their furry feline would be the reason they were slapped with misdemeanor charges.

“There he is, back at the scene of the crime,” Anderson laughed as her cat came near her and laid on the lawn.

On Monday, Kate said Milo had let himself outside and was on their front lawn – someone then took a picture of Milo and reported it.

“I just got a ticket for my cat being outside, in my yard,” Anderson said in disbelief.

An animal control employee received the report and made a house call to Kate’s Murray home. They then wrote her a citation.

“This is a cat who is neutered and micro-chipped and vaccinated, and is not a menace to society,” Anderson said.

Kate lifted up the ordinance and started to explain what it said, “That’s telling me I have to call for my court date… for my misdemeanors… of having my cat outside.”

Two charges were listed on the citation, both Class B misdemeanors. The first for having an ‘animal at large,’ the second for ‘not having an animal license attached.’

“Like a fugitive. Like robbed a bank,” she said after reading the phrase ‘at large’ out loud.

Based on the Murray city ordinance, which was enacted in 1963, it is illegal for any animal, house cats included, to run at large.

The ordinance reads in part:

“It is unlawful for the owner or person having charge, care, custody or control of any animal to allow such animal at any time to run at large. The owner or person charged with responsibility of an animal found running loose shall be strictly liable for a violation of this section and for any injury to a person or another animal, or property damage caused by such animal running at large, regardless of the precautions taken to prevent the escape of the animal and regardless of whether the owner or person charged with responsibility knows that the animal is running at large."

Murray City goes on to define ‘at large’ as anytime an animal is not on a leash, confined to a vehicle or secured in the yard. Even if the animal is on the owner’s property, Murray City defines them as ‘at large’ unless there is adequate protection to ensure other’s safety, there also must be a warning given, to let individuals know the animal is there.

“I don’t think most people think it is illegal to let your cat outside under any circumstance,” Anderson said.

“It sounded like the ordinance was kept vague for a reason so if there are strange circumstances, they can do something about that, but this just feels like animal control being out of control,” Anderson said.

The City Attorney for Murray, G.L. Critchfield, told FOX 13 that while Milo being on the lawn was technically a violation, they have filed a motion to dismiss the charges, considering how minor the violation is.

While prosecutors did tell Kate, that they would not be following through with the charges, she said she does not know what to do considering her cat is an indoor/outdoor animal.

“It’s definitely antiquated, I think if anything, there needs to be some kind of addition or amendment to the ordinance excluding felines,” Anderson said.

Critchfield said they do not foresee any amendments being made to the ordinance as it stands, to allow a broad coverage of any animals they encounter.