McCluskey family suing U of U for $56 million 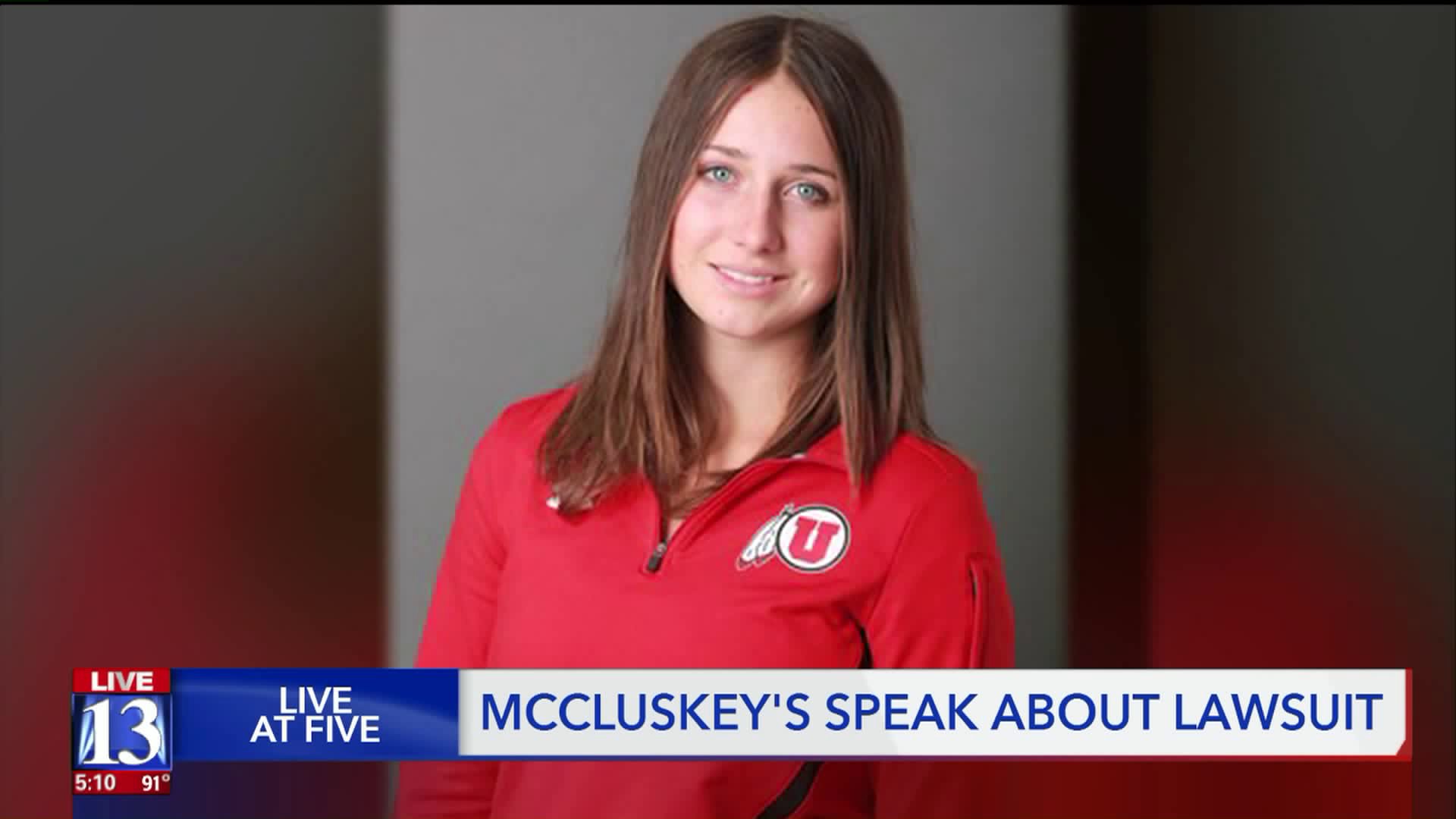 The parents of a University of Utah student who was murdered on campus last October, have filed a $56-million civil rights case against the University of Utah. Jill and Matt McCluskey spoke about the reasons along with two family friends, Dan Bernardo and Ron Mittelhammer, who are administrators at Washington State University. 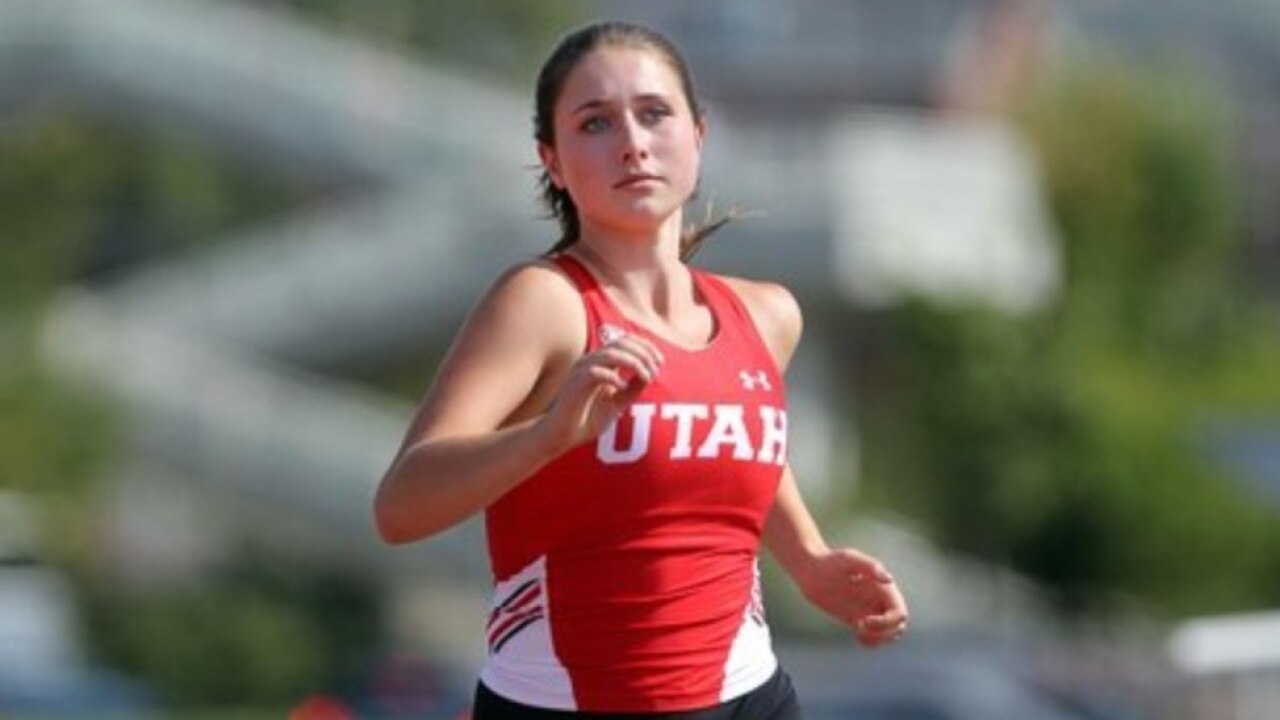 Jill and Matt McCluskey spoke about the reasons along with two family friends, Dan Bernardo and Ron Mittelhammer, who are administrators at Washington State University.

“I do not want to be in this world without Lauren, but being stuck here, I have no choice but to try and make this world better,” said Matt McCluskey.

With pain in their eyes, Jill and Matt McCluskey stood with resolve beside lawyers and family friends.

“Make no mistake about it, it was people who failed Lauren McCluskey,” said Mittelhammer.

They explained the circumstances that forced them to file a multi-million-dollar lawsuit against the University of Utah.

“At a responsible university, when students are harassed, they’re not told there`s nothing we can do. They`re told how can we help you,” said Matt McCluskey.

In October 2018, Lauren McCluskey was shot to death outside her dorm room by a man she dated briefly, who had been lying about his name, age, and criminal past.

Referring to this suit as a last resort, Jill McCluskey said she sent an email to University of Utah President Ruth Watkins after several public statements, claiming Lauren's death couldn't have been prevented.

“I asked her to partner with us, to address clear and obvious deficiencies in the safety of the university, and openly admit that individuals failed Lauren and those individuals be held accountable,” said Jill McCluskey.

“Regrettably, the administration has chosen a path of defensiveness, denial, and no accountability,” said Matt McCluskey.

Despite the 30 recommendations from the independent review board, the McCluskey's say a lack of discipline and responsibility forced their hand.

“Stating and restarting that the independent report 'does not offer any reason to believe that this tragedy could`ve been prevented' is absurd,” said Bernardo.

“The university must pay a large amount, so they realize it is in their interest to believe women and act with urgency when their female students ask for help,” said Jill McCluskey.

However, the McCluskey’s clarified, they won't be profiting from this multi-million-dollar suit.

“Any money will go to the Lauren McCluskey foundation,” said Jill McCluskey.

“Our only profit will be the somber satisfaction of saving lives,” said Matt McCluskey.

In response, University of Utah President Ruth Watkins released a statement that reads in part:

"We will respond to the McCluskey family's lawsuit through the appropriate channels, but I want to express again our deep sorrow for the loss of Lauren McCluskey. While there are differences in how we would characterize some of the events leading to Lauren's tragic murder, let me say again that we share the McCluskey family's commitment to improving campus safety."

“It`s a hole that hasn`t been filled and just never will be,” said Matt McCluskey.

Jill and Matt McCluskey were on the phone with their daughter, Lauren, when her ex-boyfriend dragged her into a car and shot her seven times.

“I don`t think about it every minute, but every single day I think about her,” said Jill McCluskey.

Despite the unthinkable trauma and horror, the McCluskey's are moving forward with a commitment to make the University of Utah a safer place.

“There were numerous opportunities for the university to be a savior and just to do their job,” said Matt McCluskey.

The McCluskey's have filed a $56 million lawsuit against the university after their daughter and her friends contacted police, housing officials, and counselors, dozens of times, reporting everything from extortion to threats of gun violence.

“She did tell me that she thought she was bothering the police and that she was annoying them, that she was contacting them so much, and I told her that`s their job. They`re supposed to respond to you,” said Jill McCluskey.

“She thought he was attractive. He was very charming, but he was definitely a manipulator and a con man,” said Jill McCluskey.

When she found out that he was lying about his name, age, and the alarming fact that he was a convicted sex offender on parole, she did everything right.

“She was very quick and resolute in ending the relationship and also, in providing a lot of information to police. A lot of women, understandably, are not going to give all sorts of information,” said Matt McCluskey.

However, the McCluskey's say her concerns weren't taken seriously.

“Not only denying responsibility and accountability and it’s clear the culture hasn`t changed so that`s what we're most concerned about,” said Matt McCluskey.

Leading to that horrifying moment, as her parents listened helplessly on the other end of that cell phone connection.

“I remember thinking when we were planning her funeral, I was thinking well I should`ve been thinking about planning a wedding some time and looking forward to the grandchildren that we’ll never have from her now,” said Jill McCluskey.

Jill McCluskey said after graduation, Lauren wanted to move to a warm place, like San Diego and start a career in public relations or as an academic advisor.

“We will respond to the McCluskey family’s lawsuit through the appropriate channels, but I want to express again our deep sorrow for the loss of Lauren McCluskey. Our hearts go out to her family and friends.

While there are differences in how we would characterize some of the events leading to Lauren’s tragic murder, let me say again that we share the McCluskey family’s commitment to improving campus safety. We continue to address the recommendations identified by the independent review of the university’s safety policies, procedures and resources, and we are making ongoing improvements designed to protect our students and our entire campus community.”