US Supreme Court decides on gerrymandering, drawing blood and a census citizenship question 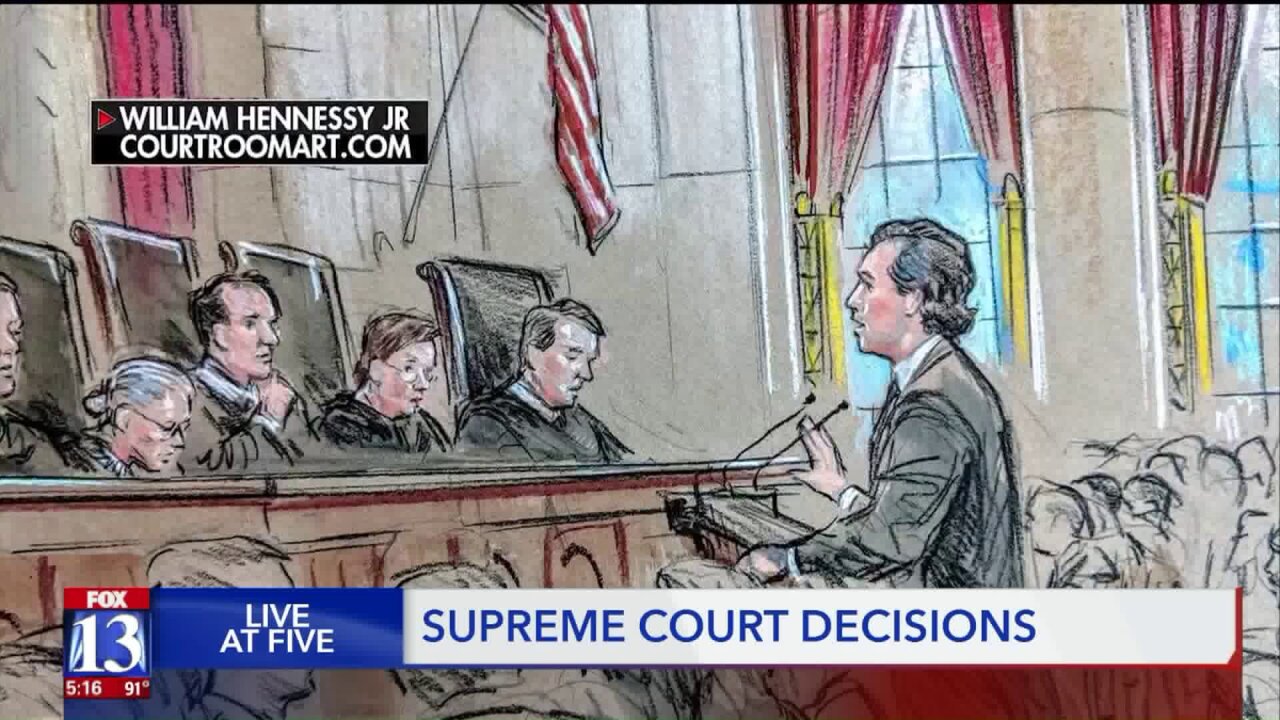 The Supreme Court filed three major decision on the final day before recessing with far-reaching ramifications for political representation and policing — and Utahns will feel the effects.

In Mitchell v. Wisconsin the court decided that police have a right to draw blood from an unconscious DUI suspect under that state’s implied consent law. Utah also has such a law that states drivers automatically accept the right of police to take a breath and/or blood test.

In Rucho v. Common Cause, justices decided partisan gerrymandering was not under the purview of the federal courts. Partisan Gerrymandering means maps for elected office are drawn to favor one party over another. In a series of rulings, lower courts had struck down such maps, saying they interfered with an individual's right to equal representation.

In Rucho, the court said it does not approve of partisan gerrymandering, but the issue is left to the states to decide. In Utah, voters decided in November of 2018 to create a non-partisan commission to advise the state legislature on drawing districts.

Two leaders of that movement told FOX 13 the Supreme Court decision has no effect on Utah’s efforts, which are state-based.

“This should be a state's issue,” said Better Boundaries co-founder Blake Moore, a Republican standing beside co-founder Ralph Becker, a Democrat.

The decision does mean that if the state legislature changes the law passed by voters, the federal courts are not a backstop against political gerrymanders.

New York challenged the decision by the Department of Commerce to ask about a respondent’s citizenship on Census forms. The ten-year constitutionally mandated count has not asked such a question since the 1950s. The court said the question might be legal, but the Commerce Department was not being straight about the reason for adding it.

Immigrant rights groups feared such a question would discourage undocumented residents from filling out the forms, which would lead them to not be counted and deny federal resources to the areas where they live.

“We believe this question was specifically added … to exclude immigrant communities from being counted,” said Luis Garza, Executive Director of Comunidades Unidas in Utah.

Chief Justice John Roberts was skeptical of Ross’ explanation that the question was added to help the Justice Department enforce the Voting Rights Act.

“The evidence tells a story that does not match the explanation the Secretary gave for his action,” Roberts wrote in the decision. Evidence presented to the court showed political operatives had argued for such a question for years in order to make the count more favorable to conservatives.