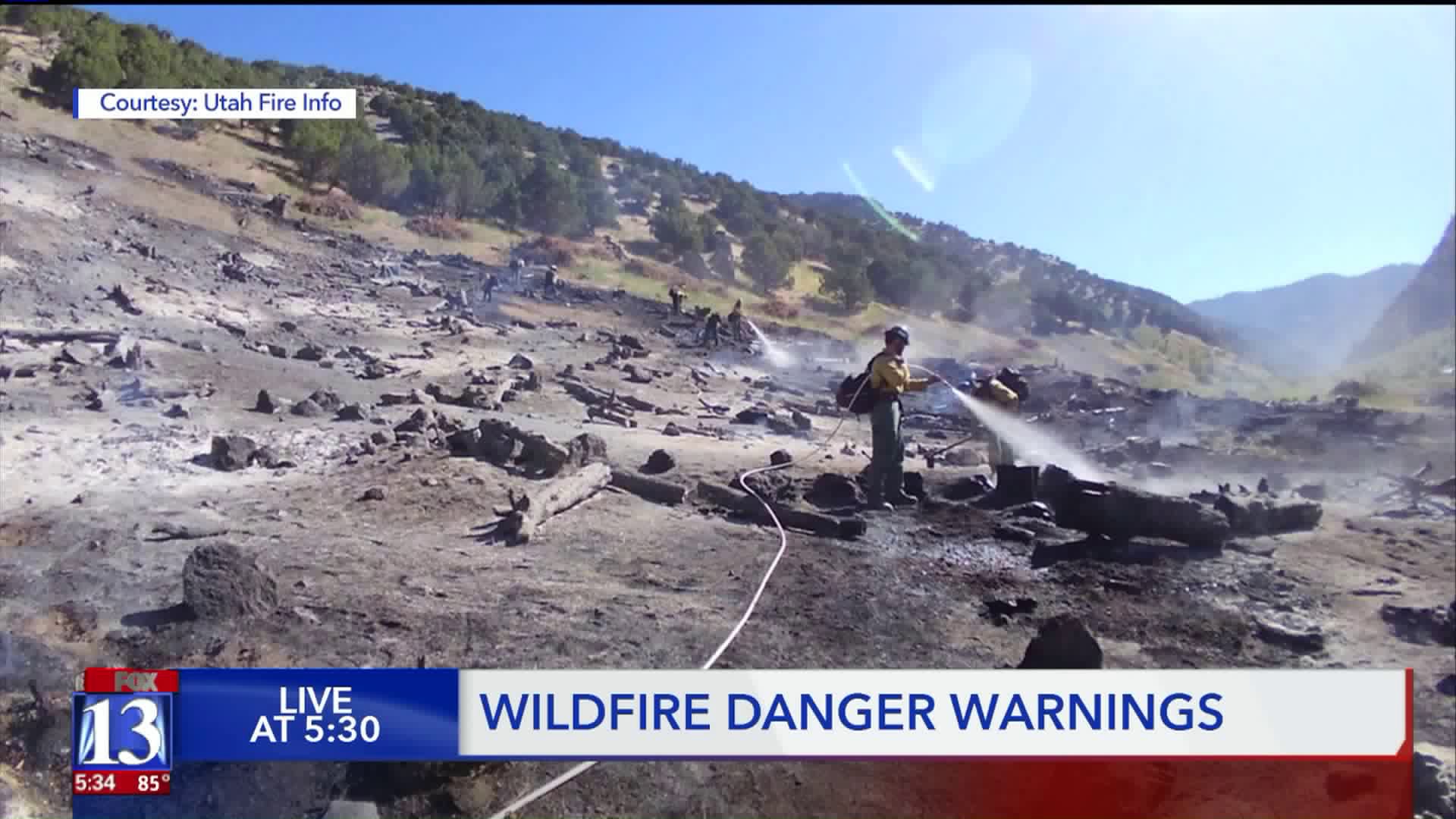 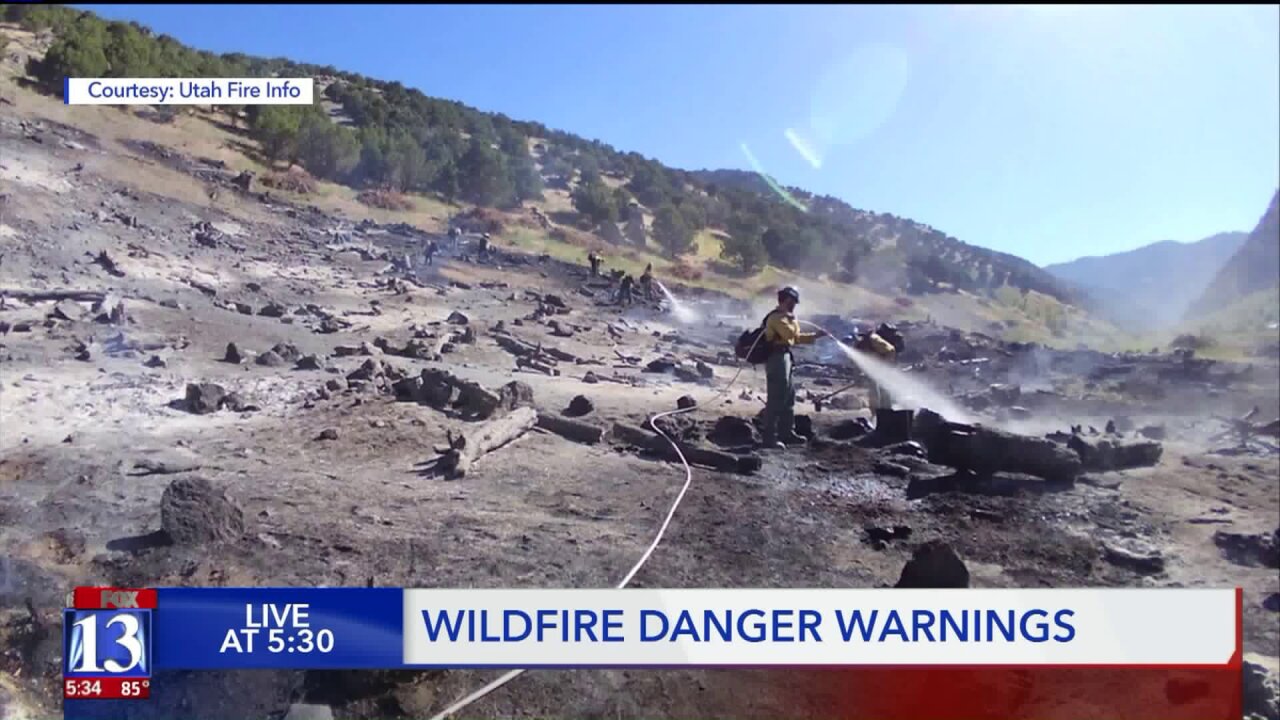 Even though Utah saw a wet spring, division spokesman Jason Curry said things could get worse.

“Everywhere in the state, the risk is climbing every day with these grasses drying out,” he said.

A fresh burn scar from a fire near Logan on Friday shows 1.6 acres gone. Curry said it was a human-caused fire that spread quickly, similar to a fire in Granstville on Saturday night.

“Where it was cheatgrass, it burned aggressively,” Curry said. “It got in some of the trees.”

Across the State of Utah, Curry said 50 percent of wildfires are human-caused. But this year, that number is 80 percent.

There have been several abandoned campfires already, but Curry said other things cause wildfires as well: hauling trailers or boats with chains dragging behind, out riding ATV’s, welding or using fireworks.

A fire sparked on Saturday after a trailer hitch broke and disconnected from the truck. The trailer went out of control, sending sparks into the grass on both sides of I-15.

“We’ve seen several fires that are hundreds of acres and a few fires that have been well over a thousand,” Curry said.

After 2018’s year of continuous wildfires burning more than 200,000 acres, Curry said they have a new initiative called “Spark Change.”

“Every year we continue to see more than half of our fires are human-caused. That means that they’re preventable,” he said.

The division created a petition for anyone to sign, showing they pledge to prevent wildfires from happening. It can be found at sparkchange.utah.gov.