Vigil for MacKenzie Lueck held at University of Utah

Organizers said the event was first planned as a prayer vigil to bring MacKenzie home.

Instead, the focus turned toward celebrating her life.

Former sorority sister Rachel Roach placed flowers down for MacKenzie before the vigil.

“She was just the kind of person who always had a sparkle in her eye,” Roach said. “She never excluded anyone.”

Friends remembered MacKenzie’s kindness as they leaned upon each other in grief.

“For those of you grieving Mackenzie’s loss, please know you are not alone,” University of Utah Vice President for Student Affairs Lori McDonald told the crowd.

MacKenzie was on track to graduate in May in the healthcare field.

“This feels like a nightmare that I can’t wake up from. But unfortunately, it’s reality,” said close friend Katie, who only wanted to be referred to by her first name.

Salt Lake City Police Chief Mike Brown was thanked repeatedly for the way the department handled the case: first as a missing person, then as a homicide.

“We were devastated by the outcome of the investigation, but we are fortunate to have answers, unlike some people,” said Juli, another close friend.

Brown admitted the killing has affected them all.

“I think the best healing for them is when they can go home and put their arms around their loved ones,” he said.

A family friend said MacKenzie’s parents and brothers stayed in California because coming to Utah is just too hard.

Vigil participants were encouraged to write down condolences and memories of MacKenzie on cards that will be given to her family on behalf of the University.

Her family made a brief statement last week, saying in part:

"The Lueck family would like to express their gratitude for the effort put forth by the Salt Lake City Police Department and partnering agencies who assisted, as well as all of the people that provided tips on this case. They are also grateful to her community, her friends, and people around the nation who have supported this investigation." 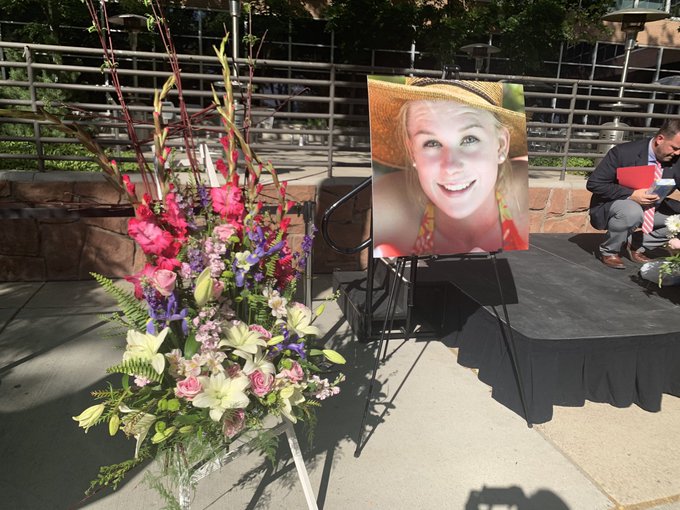