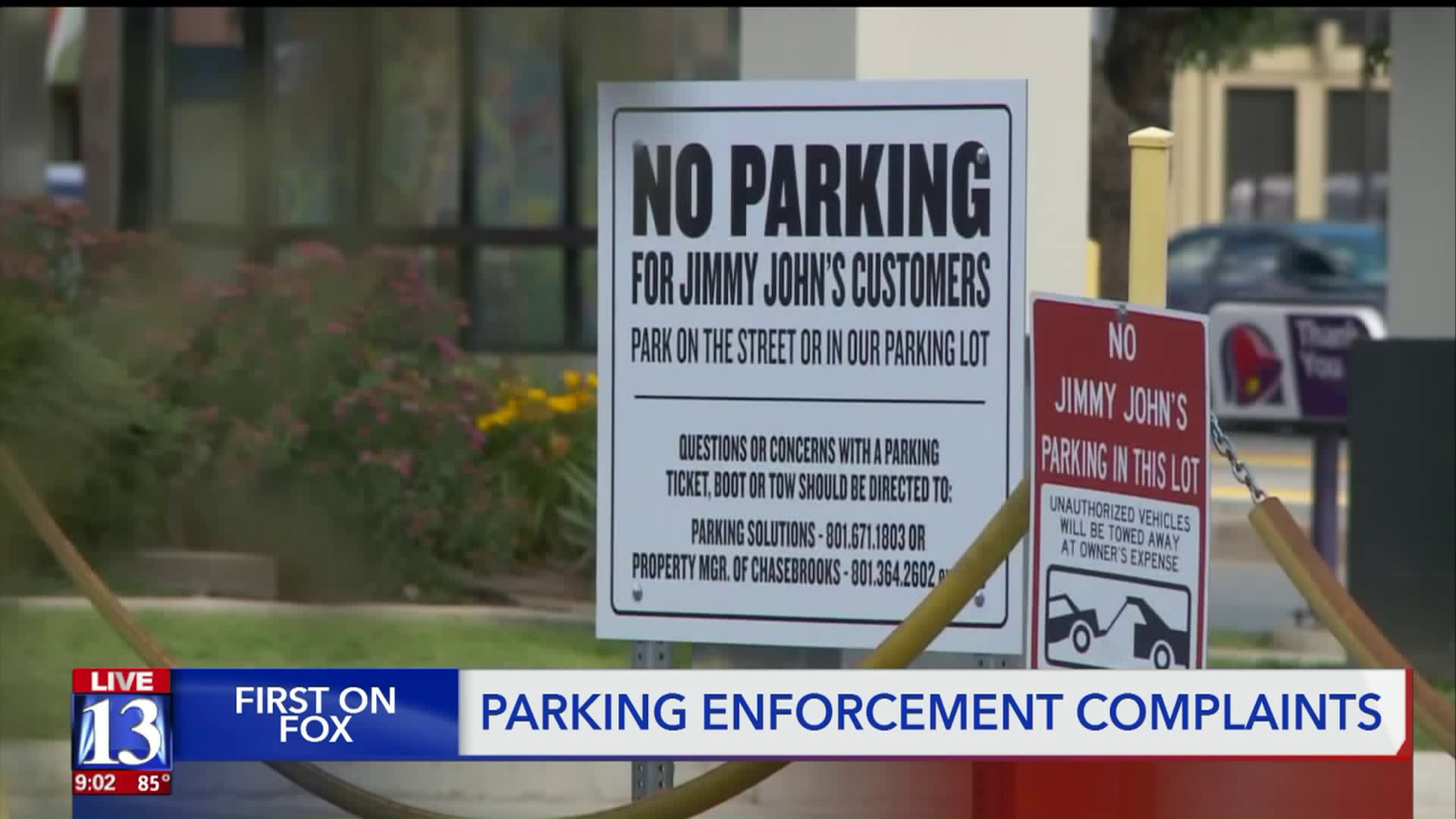 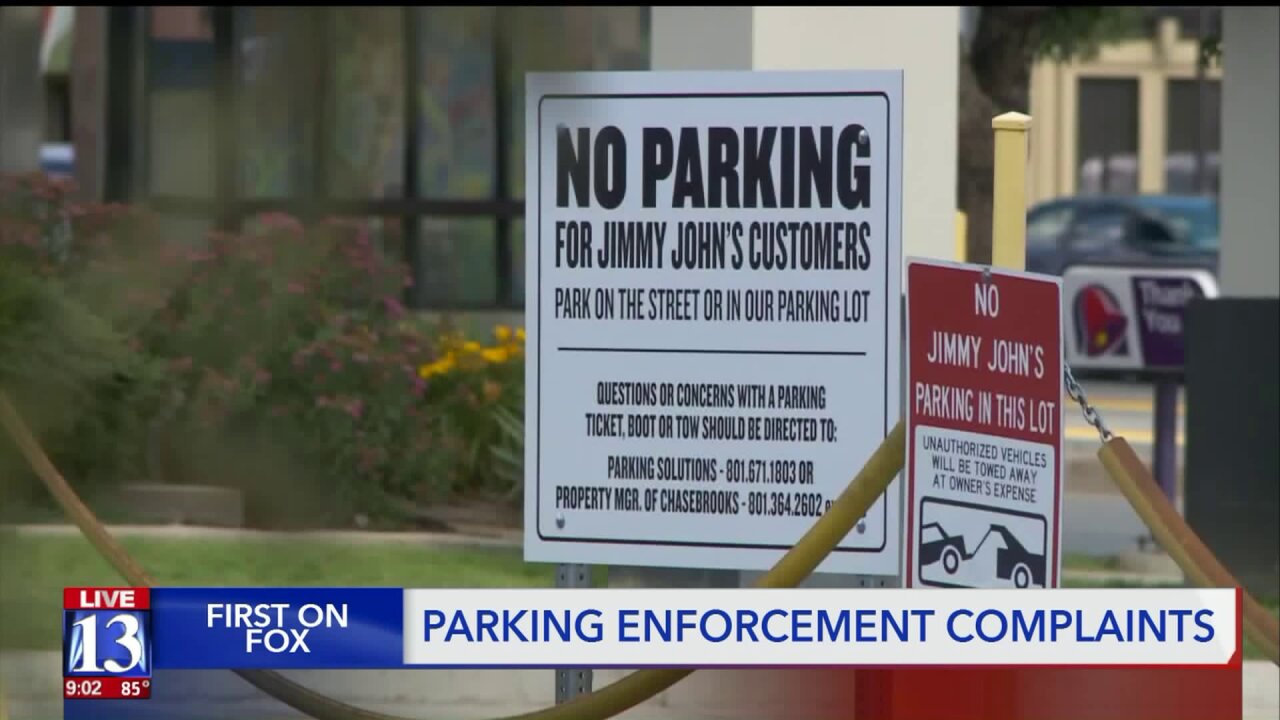 SALT LAKE CITY — A string of complaints has prompted the Better Business Bureau to warn consumers about a local company called Parking Solutions. Several people claim they have had their cars booted in the lot next to Zupas and Jamba Juice near 600 East and 400 South.

“He raced up there and blocked my car horizontally with his car and then he took a boot out and booted my car,” said Jennifer Davis of Salt Lake City.

Davis said she was bringing her son home from the hospital on June 13 when they stopped at Jamba Juice. She bought a drink for her son, then walked over to Jimmy John’s. Jimmy John’s has its own parking lot, divided by signs warning customers to not park in the other lot to reach the restaurant.

She knew she was using the wrong parking lot to reach Jimmy John’s, but believed because she had spent money in Jamba Juice she was OK to leave her car there with her son inside for a few minutes. Her car got booted, and when she went to pay for its removal, the worker told her he could only take cash or debit cards.

“I think I shook for two days,” 81-year-old Violet Wilson said to BBB. She says a Parking Solutions employee called her a criminal before demanding cash or debit to remove a boot in the same lot recently. “He kept repeating that I was a criminal, and criminals deserve to pay.”

The enforcement is affecting Jimmy John's as a business as well.

“They [Parking Solutions] are judge, jury and executioner. There’s nobody we can really complain to,” said Travis Taylor, the H.R. Manager for Jimmy John's.

After fielding complaints for months from customers, Jimmy John's started paying one employee to sit in the parking lot all day and warn people not to walk over or risk getting booted.

“To pay somebody to be out here around the clock trying to warn people ... we’d rather have him in making sandwiches and serving customers if we could,” Taylor said.

Fed up, Davis started an online petition on change.org to ask the city to regulate parking enforcement. As of Tuesday night, it had gained over 400 signatures.

A representative for Parking Solutions says Davis is harassing their employees.

“That’s awesome. I love that they said that,” Davis said upon hearing she was being accused of harassment.

She’s not backing down, and hundreds are joining her cause, posting about their own similar experiences.