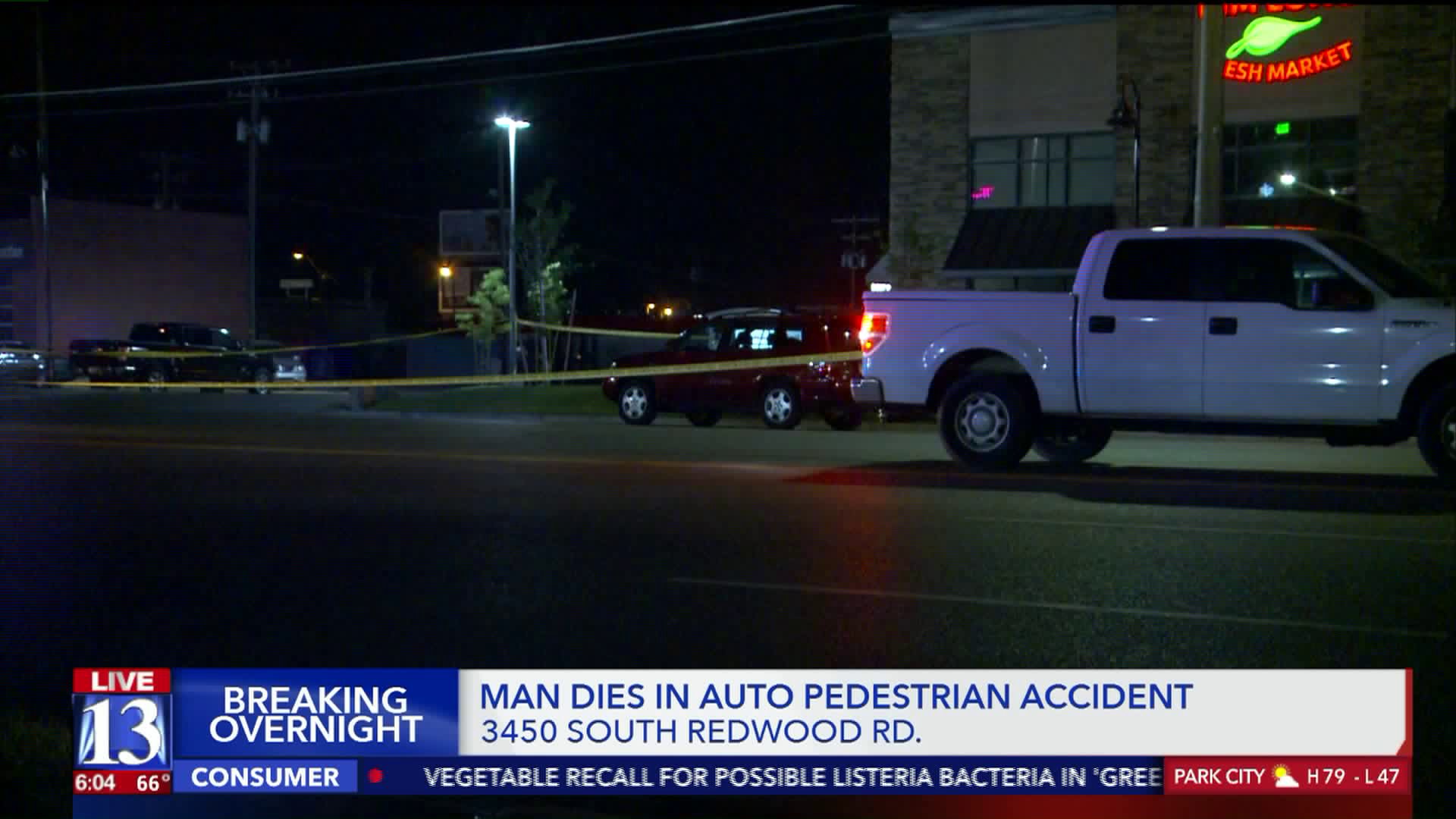 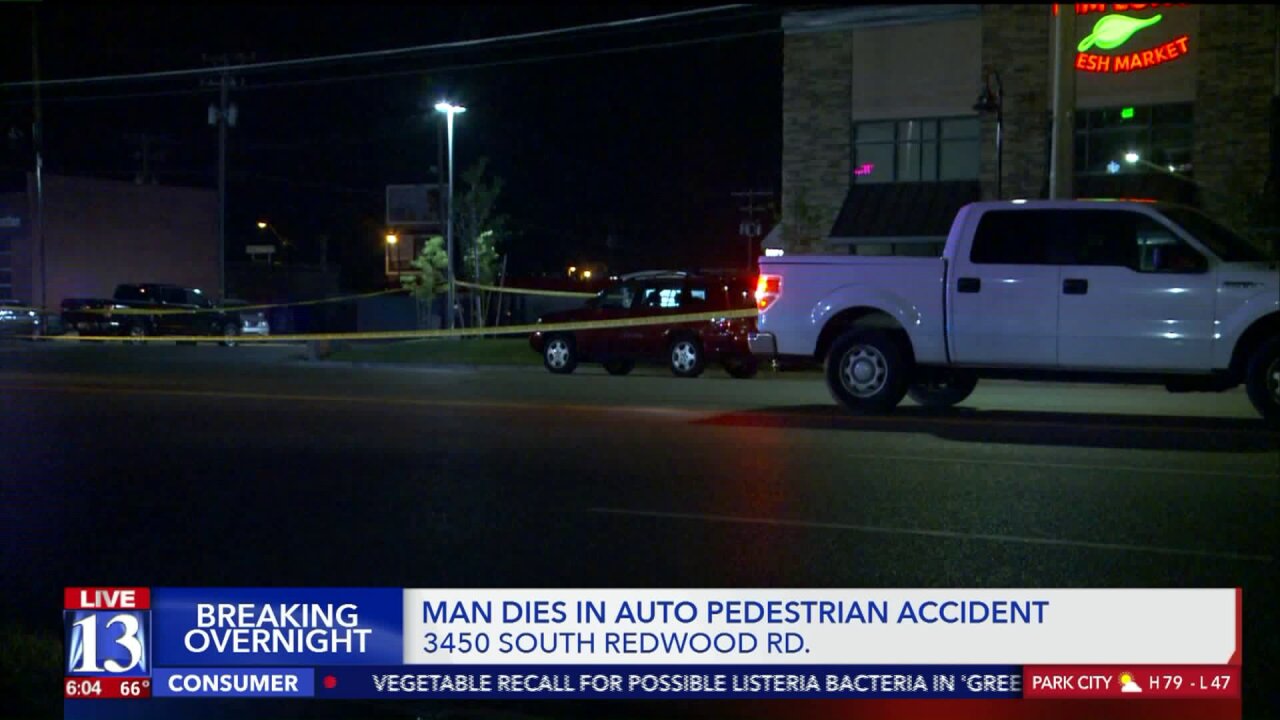 WEST VALLEY CITY, Utah -- A man was hit and killed while crossing a street in West Valley City Tuesday night.

The fatal crash occurred shortly after 11 p.m. in the area of 3450 South and Redwood Road.

Lt. Bill Merritt of the West Valley City Police Department said a man his 50s was crossing Redwood Road when he was struck by a southbound vehicle.

The driver remained at the scene and called 911 to report the crash. Merritt said there was a crosswalk in the vicinity but the man was not using it.

"Redwood Road is a very busy street, and there was a crosswalk and a controlled intersection not even a block further south, but this individual unfortunately made the decision to cross in an area that is not really well-lit, there are some street lamps, but it's still difficult to see people," Merritt said.

The identity of the deceased has not been released, pending notification to his family.

Merritt said the crash remains under investigation, but at this time he said they do not anticipate charges against the driver.

"The best way to describe this is a very unfortunate accident," he said. "It doesn't appear that there was anything done wrong on the part of the driver. It doesn't appear that it was his fault. It was just a gentleman who decided to cross the street in an area where there is no crosswalk and was struck by the vehicle who did not see him."