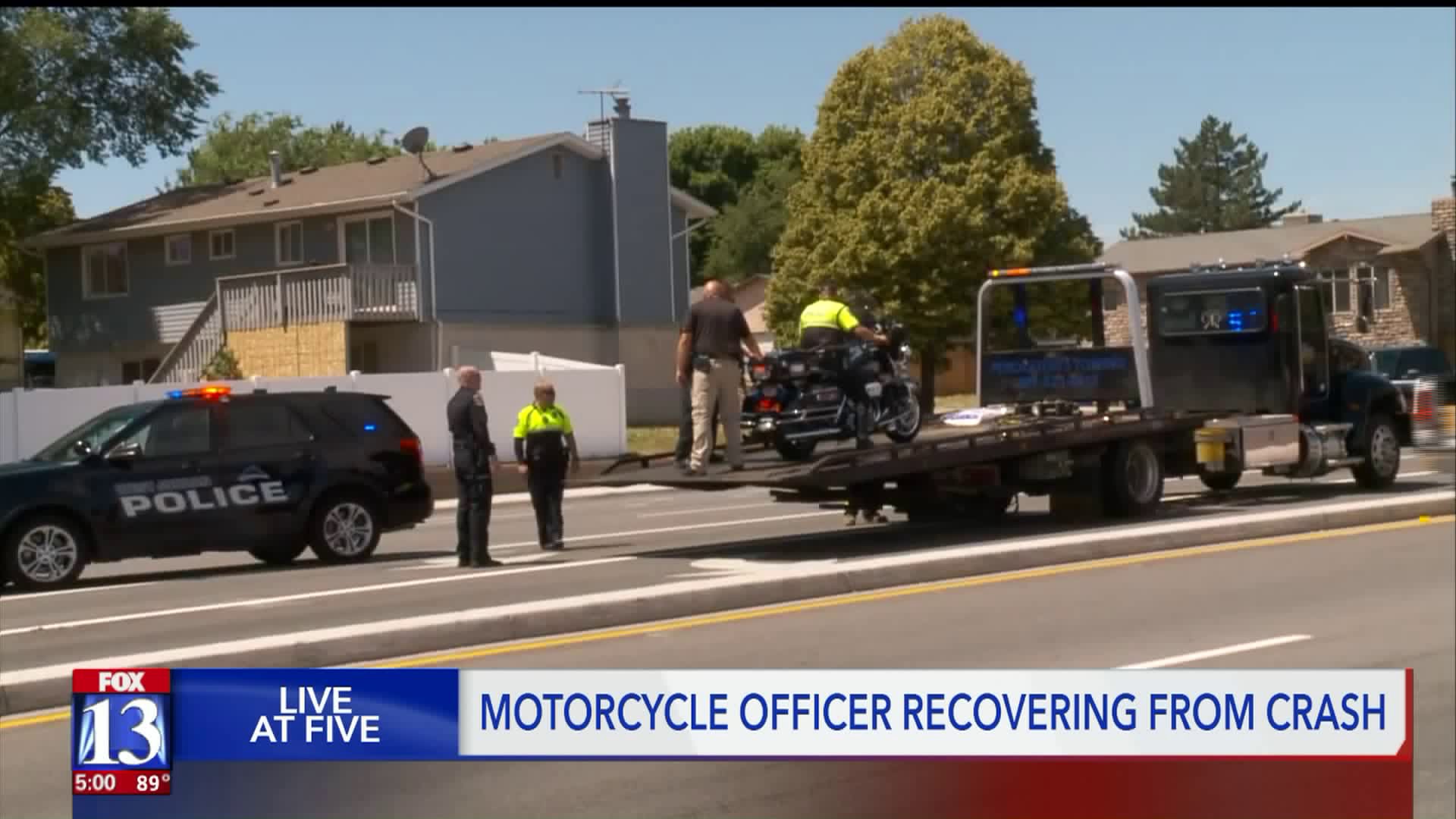 A motorcycle officer suffered minor injuries in a crash in West Jordan Wednesday, and police said the officer may have been lane filtering at the time. 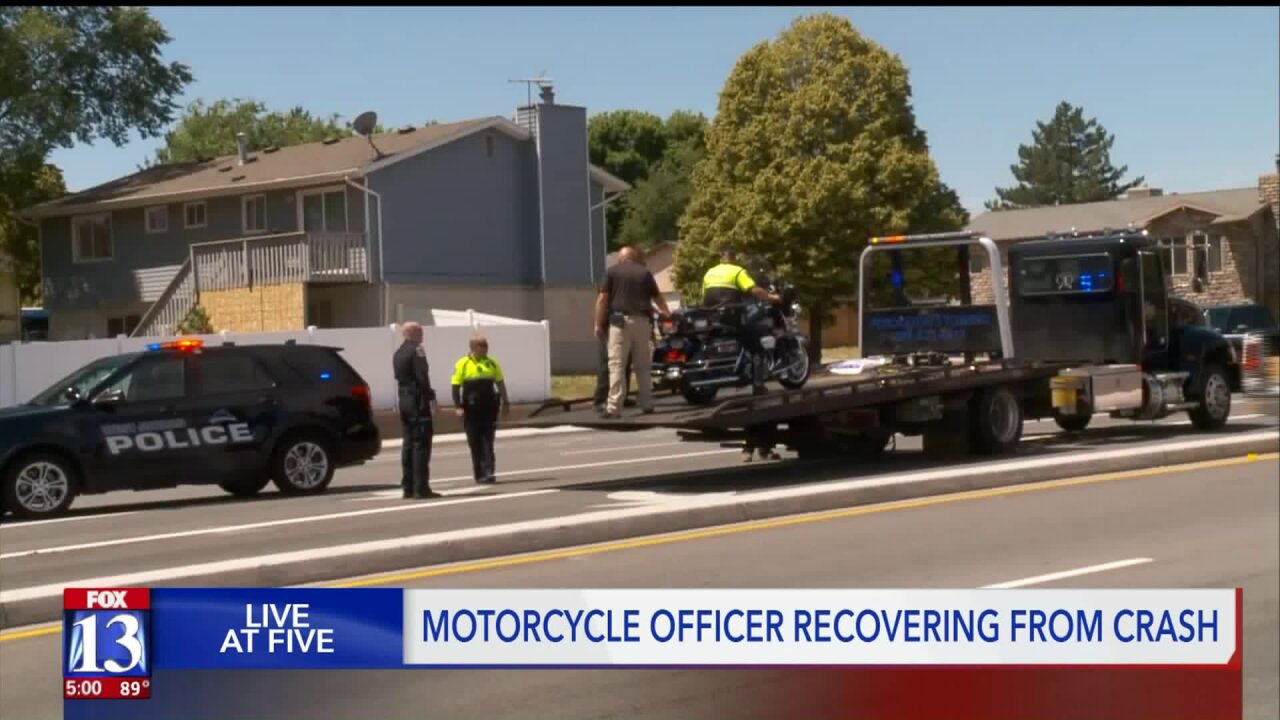 WEST JORDAN, Utah — A motorcycle officer with the West Jordan Police Department had to be taken to the hospital in an ambulance Wednesday morning after a crash on 9000 South near Bangerter Highway.

Jenny Perfili said she believes the officer misjudged the amount of space he had to go through, flew off his bike, and then landed on the road in front of her.

Perfili said she wanted to make sure she didn’t also hit the officer. She said she doesn’t believe there’s anything the female driver could have done to avoid him.

When Perfili got out of the car to help the officer, she could tell he was hurt.

“I saw that he was bleeding from his mouth, and he wasn’t very conscious at first. I don’t know if it was just shock,” she said. “I told him to stay awake, asked him what day it was, if he was hurting anywhere… He just — he asked me to call his wife — and I told him, ‘We’ll definitely get an officer to do that.’”

“He was a little bit rattled. He was not super coherent when he left, kind of stunned,” said Sgt. J.C. Holt of the West Jordan Police Department. “Typically with our motor officers, they do ride in pairs… The lead bike was unaware that the person behind him, our officer involved, was down.”

The officer was released from the hospital at about 3:00 p.m.

“It sounds like he’s gonna be okay, we hope,” Holt said.

At this point, officers are not saying who — if anyone — is at fault.

Holt said he was not yet allowed to release the name of the officer per the request of the West Jordan Police Chief.

In order to avoid a conflict of interest, the South Jordan Police Department will investigate the case.