WEST VALLEY CITY, Utah — Shop owners at a Utah swap meet are looking to the public for answers after two people were caught on camera breaking into and stealing from several stores overnight.

Taking a  stroll through the seemingly never-ending hallways at the Azteca Swap Meet in West Valley City, you’ll find it all.

“We have food, we have clothing, we have electronics,” said electronics store owner Mario Valencia. “Anything you can think [of] that they don’t have at a mall, the swap meet has.”

But when businesses opened up shop Friday morning, they didn’t expect to find damage and missing merchandise.

“Everything was just thrown,” Valencia said. “Somebody just came in and started going through all of our drawers.”

Valencia's shop was among 15 that sustained damage or had goods stolen. His security camera caught a clear shot of one of the thieves as they rummaged through the drawers at his cell phone accessories and repair shop, before making off with a number of customers' phones and mobile parts.

Valencia says the thieves started by taking knives from a knife store to cut through the tarp-like material that is used to close down each shop at night.

Other surveillance footage shows the two thieves going shop to shop, slicing through each closure and peaking inside with flashlights before ultimately taking items or moving on to the next.

“It looks like they had a few hours, three or four hours before someone finally saw them,” Valencia said.

Now in the aftermath, store owners are assessing the damage and counting losses.

“It looks like we’re going to have to replace phones and everything that was stolen from customers by ourselves,” Valencia said.

He walked down each aisle alongside the building’s owner, Maria Medina. They speculate that these thieves likely camped out in the building while it was open and then waited for people to leave.

“From what we saw in the footage, we think that the people might have stayed here from the day before," Valencia said. "We were closed [Thursday], so the door should have been closed."

The thing is, this isn’t the first time shops at Azteca Swap Meet have been hit by thieves.

“We’re tired of this,” Valencia said. “This is probably like the fourth time in about three years.”

“Maybe they think less of this place than other places because it’s a swap meet, maybe they don’t have the same respect that they would in other places, but we’re businesses,” Valencia added.

Medina said they have upped security since the last time shops were broken into, adding alarms and more cameras.

“We want people to help us stop this. We’re a team and are here to work together,” she said (in Spanish, translated by Valencia). “Everything that we have here, we work hard for. We get angry if somebody just comes and steals it.”

Medina said they called West Valley City Police early Friday morning, but come Friday evening, they were still waiting for an officer to come by to take their report.

“We’ve been here for a lot of years and we’re still trying to build a name,” Medina said.

Anyone who recognizes either of the thieves should contact the West Valley City Police Department. 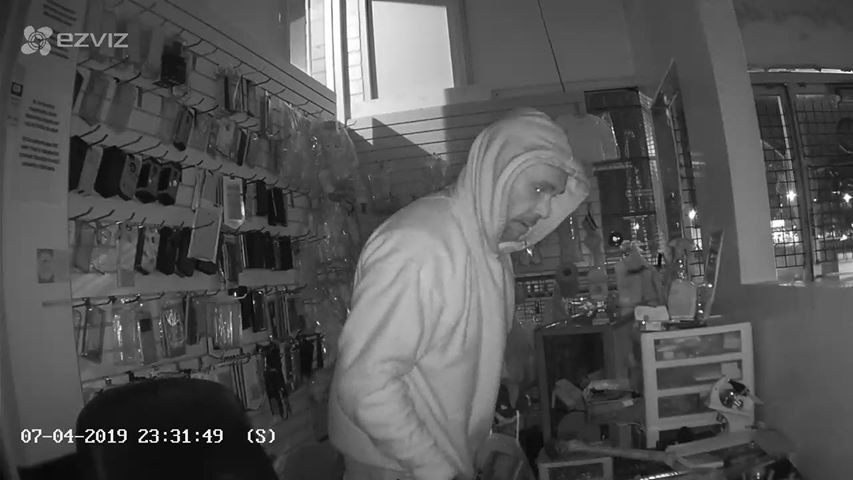