Man who threw party for pothole celebrates after it is fixed 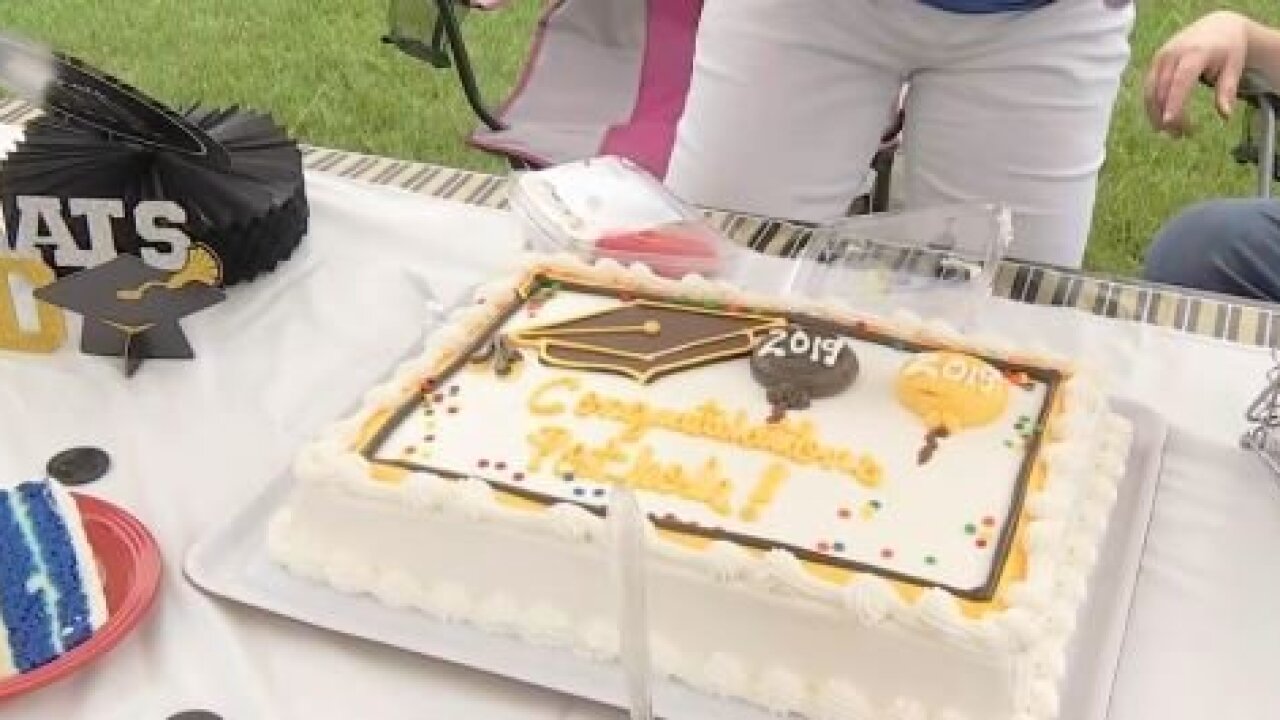 A repaired pothole is just the icing on the cake for a Waldo man who just wanted a smoother street.

Kansas City, MO (KCTV) — A repaired pothole is just the icing on the cake for a Waldo man who just wanted a smoother street.

A week ago, we brought you the story of a man who threw a birthday party for a patch of broken pavement that had been there for three months.

KCTV5’s Nathan Vickers followed up and discovered the neighborhood is partying again for a different reason.

The story, which got national attention, started as a joke.

The man who took the picture of a piece of cake sitting in a pothole was Frank Sereno, who was tired of the pothole on his street. After he posted it online, it went viral.

It took three months before the city could fix it. The day after our story, the city fixed the potholes on his street.

So, on Friday, he and his neighbors were celebrating. This time, with a graduation party.

Sereno invited several city council members, as well as the mayor to his party.