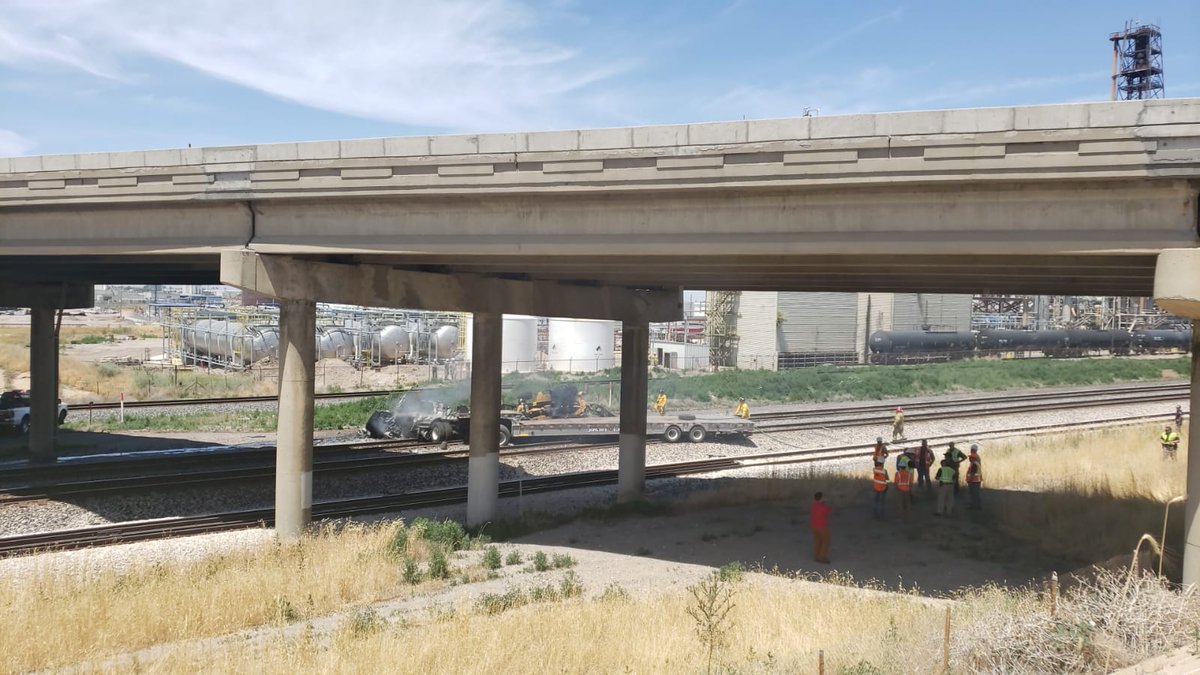 The crash occurred near the southbound I-15 ramp to westbound I-215, and the semitrailer involved in the crash caught fire.

Preliminary information from the Utah Highway Patrol indicated the semitrailer left I-215 and landed on the train tracks below.

Because the semitrailer landed on train tracks, Utah Transit Authority activated a bus bridge to transport FrontRunner passengers between the Woods Cross and North Temple stops. Northbound and southbound FrontRunner trains are delayed between Woods Cross and Ogden

The Utah Department of Transportation reports the ramp is expected to be closed until 1:45 p.m.

No details of the condition of the driver were immediately available.