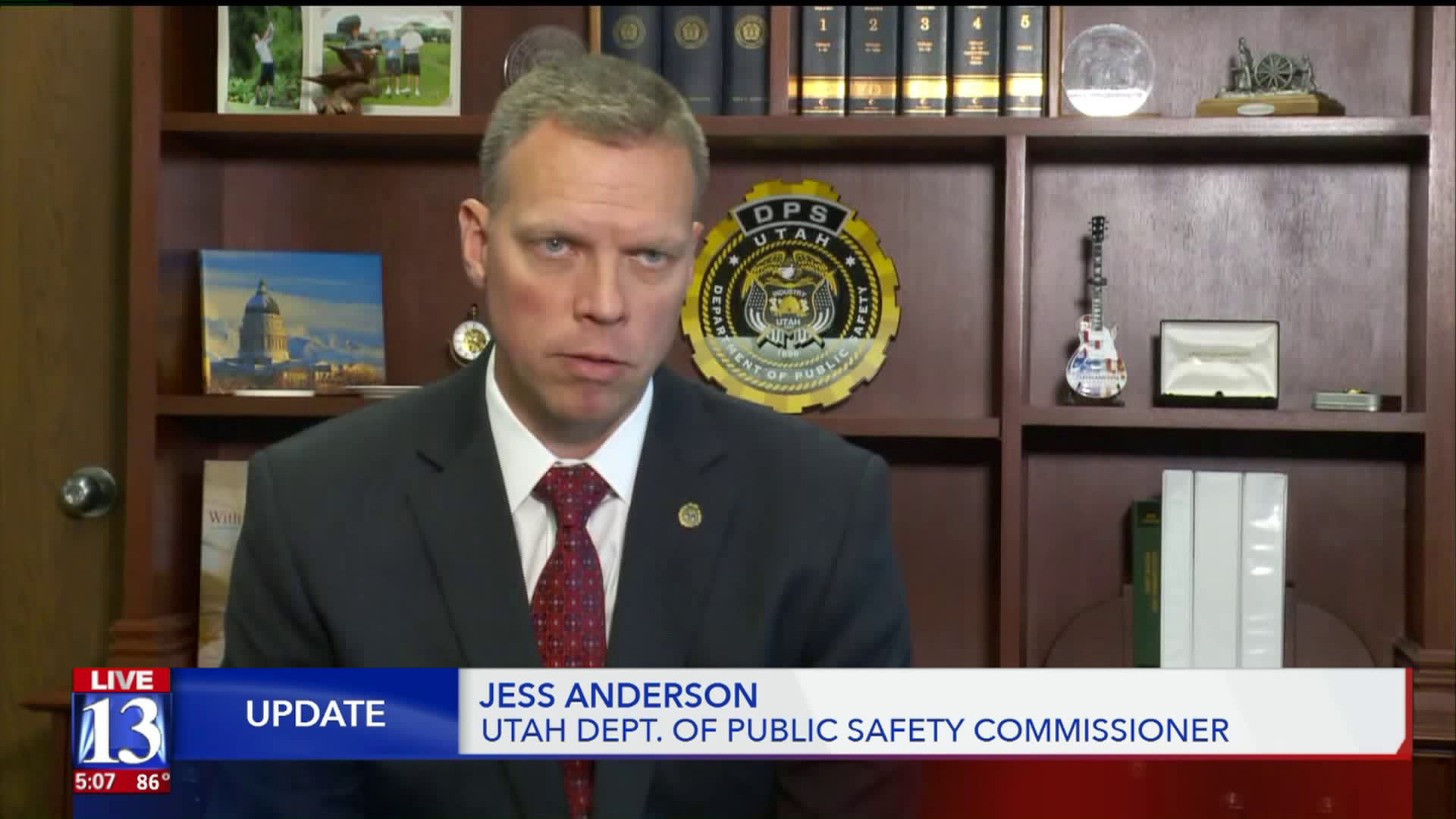 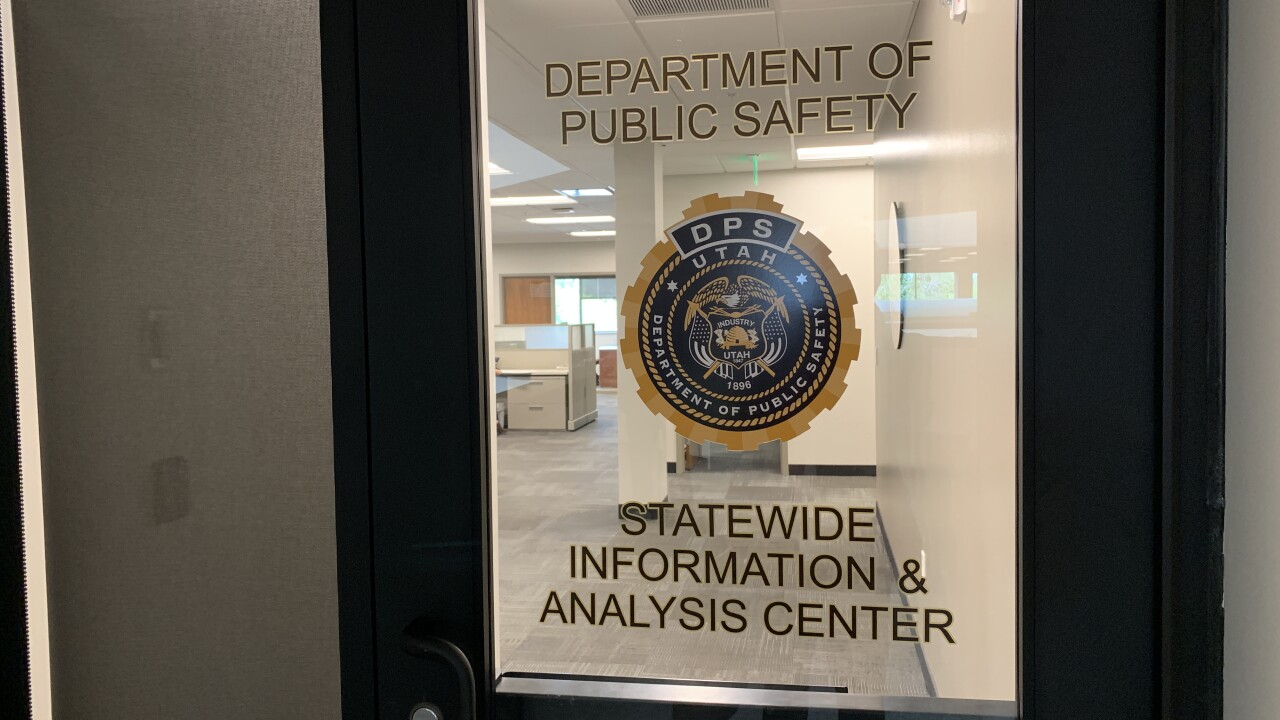 In an interview with FOX 13 on Tuesday, Commissioner Jess Anderson said the program does a lot of good in helping to identify wanted suspects.

"Understand, these are individuals who are under criminal investigation," Anderson said.

The disclosure of the system by Georgetown Law's Center on Privacy and Technology has prompted concern and shock from lawmakers, civil rights groups and Governor Gary Herbert's office about the implications for people's privacy.

The center shared with FOX 13 logs that showed from 2015-2017, the FBI, ICE and others made 1,907 requests of Utah authorities to use the facial recognition software. Utah's Statewide Information & Analysis Center (SIAC) pulls photos from the Driver License Division to be compared to wanted criminals.

"Every single driver who is watching this today has had their face searched thousands of times," said Alvaro Bedoya, the center's director.

"This is a very 21st-century privacy question. It used to be it was utterly impossible for the state to automatically with the flip of a switch search millions of Utah drivers’ faces. Now, technology allows that," he said.

Commissioner Anderson said the system does not cast a wide net over everyone, but relies on an algorithm to search a surveillance photo or other image to match it with people in the driver's license database. He said their rules require federal authorities and other law enforcement partners to come to them with an active case number.

"Those algorithms will pick up whether there’s any sort of features at all that are similar," he said.

When the computer program pulls matches, an analyst in SIAC reviews it. If it is a match, it's referred to the requesting agency. The database also does not indicate someone's immigration status, Commissioner Anderson said.

"If it is likely that’s not the match then we don’t send them anything," he said.

He insisted the state has not shared access to the facial recognition software or the driver license photo database with federal agents or other law enforcement agencies.

Commissioner Anderson said the system is very successful at matching. But critics of facial recognition software argue it is not so with the faces of women or people of color.

"Do Utahns understand that that is what is happening with their photographs? And secondarily, what are the consequences of people who have decided to get a driver privilege card?" said Marina Lowe with the ACLU of Utah.

The ACLU said it plans to meet with Utah DPS to discuss the system. On Utah's Capitol Hill, a wide variety of groups -- conservative and liberal -- have raised concerns. Some lawmakers have called for hearings on the software and others have pledged legislation to set boundaries on its use or disband it entirely.

In a joint statement, House Speaker Brad Wilson, R-Kaysville; Senate President Stuart Adams, R-Layton; House Minority Leader Brian King, D-Salt Lake City; and Senate Minority Leader Karen Mayne, D-West Valley City, expressed confidence in DPS, but said they were "eager to learn more of their efforts to ensure personal data of Utahns, including the use of driver’s license information for facial recognition searches, are protected from misuse by any agency."

"While their work is important, equally important is the privacy of Utahns. Any search must be authorized by law, done in a careful and limited manner, and effectively balance privacy concerns with law enforcement and public safety needs. We will continue to closely monitor this situation to determine if legislative action is needed in the future. We have tasked the Government Operation Interim Committee to follow this situation and hold committee meetings if necessary," legislative leaders said in the statement.

Commissioner Anderson said he was keenly aware of a potential chilling effect it has on immigrants who may seek a driver privilege card or other state identification. He already has been reviewing SIAC's use of facial recognition.

"For now, we are continuing to use it," he told FOX 13. "However, that’s something we’re going to address and we will be in discussions with those that are involved from all aspects... the state, our lawmakers, our advocacy groups, our federal partners. We need to ensure and make sure it’s the best practice going forward in Utah."

The public safety commissioner said the system serves as a valuable tool for law enforcement.

"I would hope there would be some understanding. And as we reason together, and we come together to make sure we don’t necessarily bind the hands of law enforcement that they can’t do their job effectively," he said. "At the same time, we obviously need to understand and realize we do not violate constitutional rights of anybody within the state of Utah."