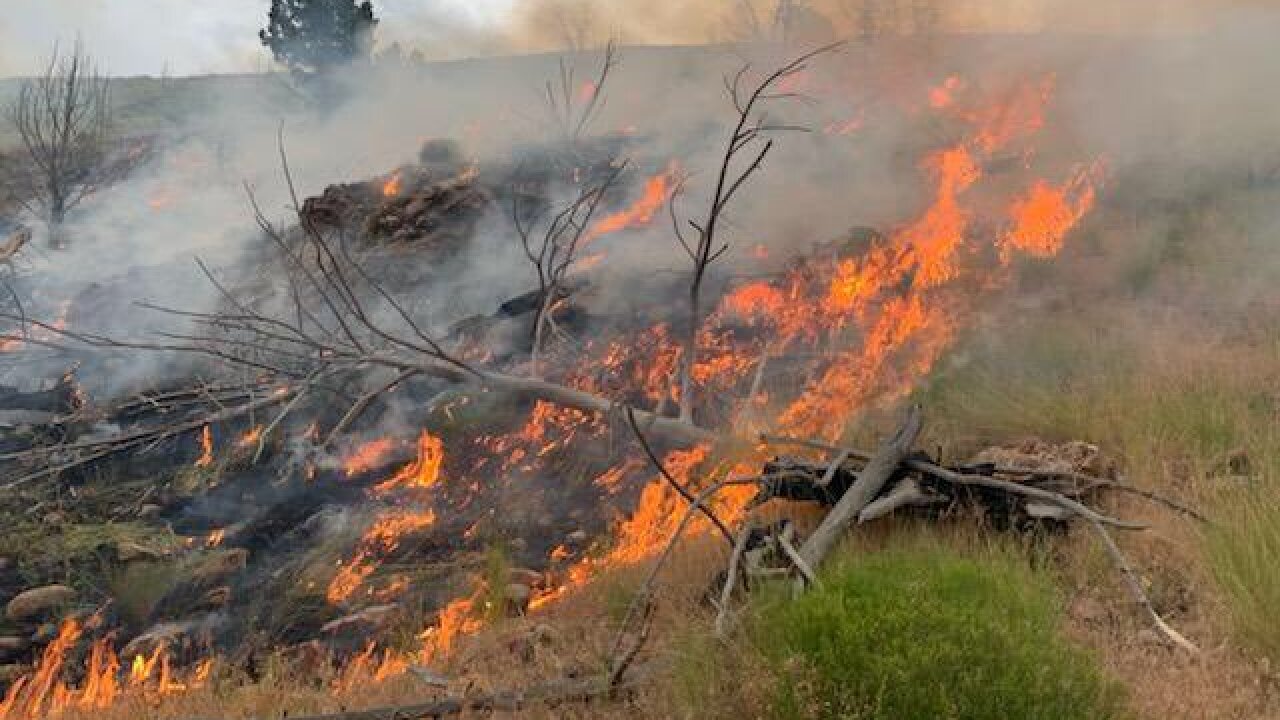 LEAMINGTON PASS, Utah — A wildfire near the border of Juab and Millard counties has already burned an estimated 250 acres, according to Utah Fire Info.

On Thursday, Utah Fire Info reported the fire had burned 700 acres, but the figure was reduced to 250 acres Friday morning due to more accurate mapping.

The fire is 30 percent contained.

A red flag warning has been issued in the area due to dry thunderstorms and gusty winds.

It is being called the Leamington Pass Fire and FOX 13 has a crew heading to the scene.