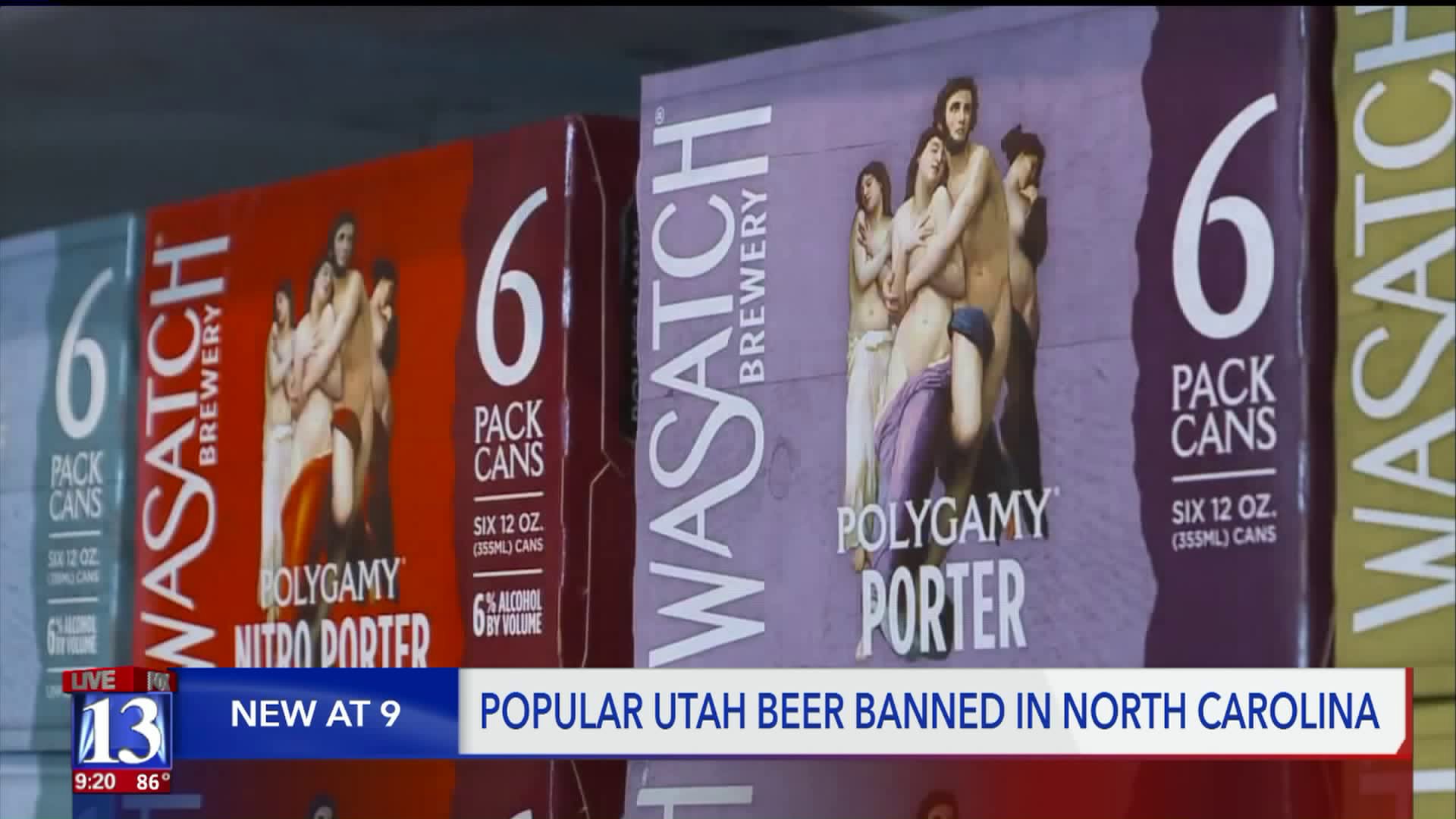 Wasatch Brewery`s Polygamy Porter is currently sold in 20 states, Utah included, but after receiving a rejection letter from North Carolina based on the illegality of polygamy, the tar heel state may not be number 21. 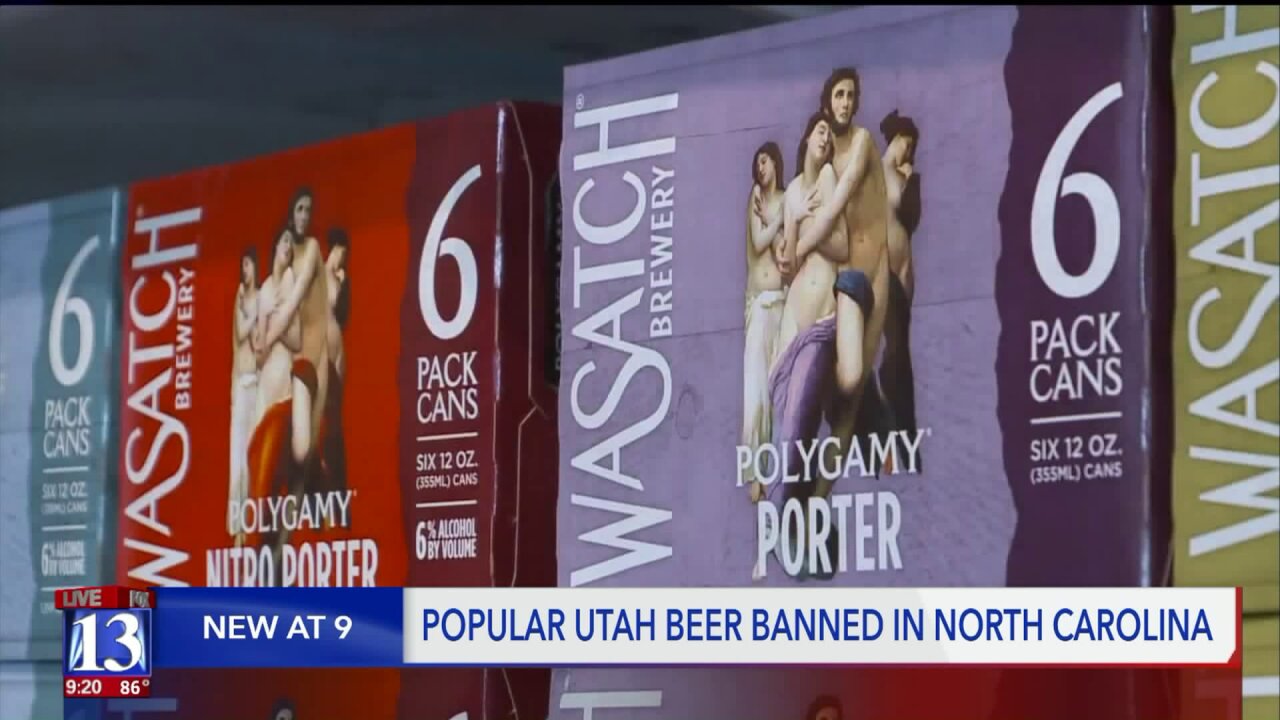 SALT LAKE CITY — Wasatch Brewery’s Polygamy Porter is currently sold in 20 states, Utah included, but after receiving a rejection letter from North Carolina based on the illegality of polygamy, the Tar Heel State may not be No. 21.

Liquid gold pours straight from the taps at Wasatch Brewery. Among the choices, you’ll find some of the most recognized beers in the state.

“Beer is supposed to be fun and we have a good time with it,” said Wasatch Brewery Co-Chief Operating Officer and brewmaster Jon Lee.

Every year, Wasatch brewery brews, bottles and sells thousands of barrels of beer.

But scope out their colorful shelves, one label, in particular, is sure to draw the eye.

“We don’t feel it’s really pushing the boundaries too much,” smiled Lee.

“There’s one guy, bunch of ladies kind of hanging around him — it’s a little bit risqué but also tasteful at the same time, clothing placed in the right locations,” Lee said as he described the artistically drawn label.

The label and name, poke fun at Utah’s past.

“Just recognize our heritage, but also have fun with it,” said Lee.

Lee said Utahns get the joke.

“Try it at least once, it might not be for everybody, but it is for some,” Lee laughed, as he cracked Polygamy Porter centric jokes.

“Of any places that you’d think we’d have trouble with, it would be here in our home state, but no it just sails right on through,” Lee said.

Recently, Utah Brewers Cooperative filed a request to sell Polygamy Porter in the Tar Heel State, but instead of shipping pallets their way, they got a rejection letter from North Carolina’s Alcoholic Beverage Control Commission.

“It caught us quite by surprise, we were not expecting it especially because we’ve been making this beer now for 18 years,” said Lee.

The reason given in their rejection letter?

“Polygamy is illegal. Therefore these products will not be approved.”

In a statement to FOX 13, the North Carolina Alcoholic Beverage Control Commission said, ‘The NC ABC always gives thoughtful consideration to each label and uses the criteria outlined in the statutes as the basis for every rejection or approval.’

The NC ABC also said based on the North Carolina Administrative Code (NCAC), the reason for the rejection, ‘Polygamy is illegal,’ falls under a subsection of their statutes stating, ‘representing something illegal is undignified and in bad taste.’

“We’re from Utah, it’s tongue in cheek, obviously we’re not trying to promote anything, not trying to run any kind of agenda, it’s just a fun name for beer,” said Lee.

Now, with an appeal on the table, Wasatch Brewery said they aren’t giving up.

“We’ll do our best to make this available for those folks out in North Carolina and they’ll get to enjoy all of the fantastic Polygamy Porter that we’re making here in Utah,” Lee said.

“We have plenty for everyone, why have just one?” laughed Lee. “As our famous tag line says, ‘Bring some home for the wives.’”

Wasatch Brewery has other beers that are already sold in North Carolina. They’ll head to Raleigh on August 14 to present their case to the NC ABC and, hopefully, add Polygamy Porter to the list once and for all.