Provo joined 15 other cities in the state adopting an all-lethal urban deer removal program, but as city officials explain, they didn`t have much of a choice. 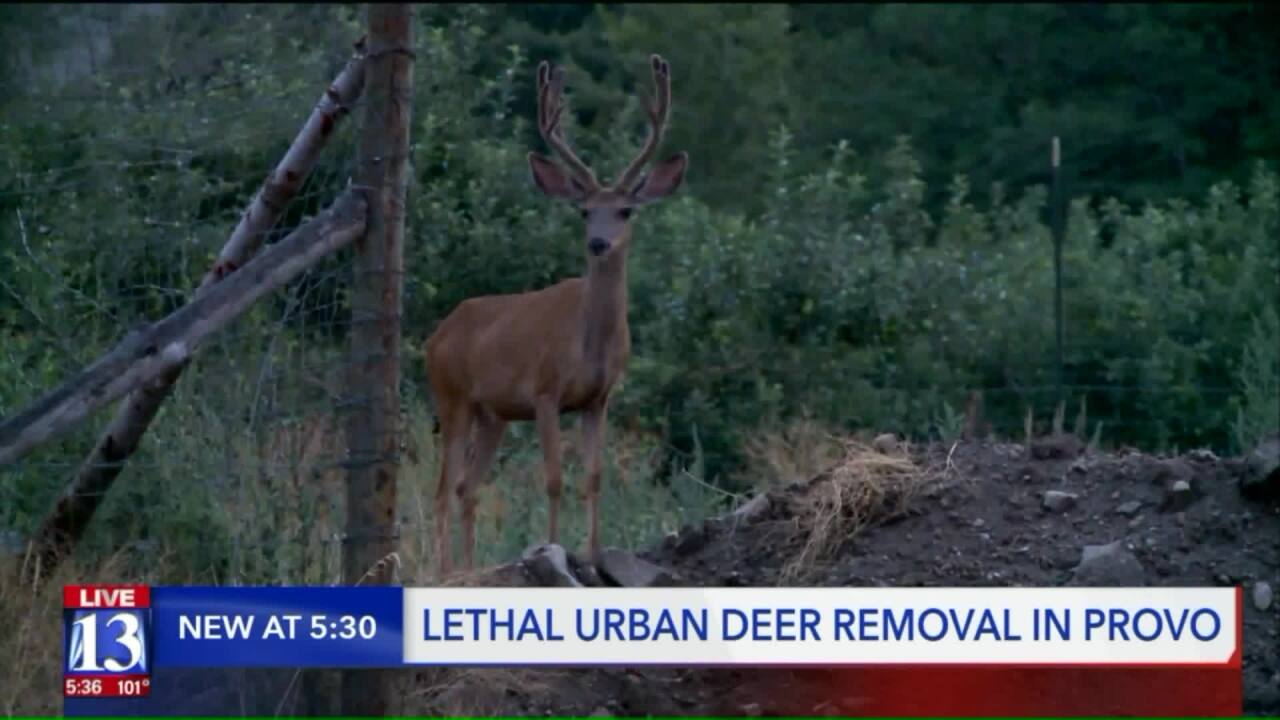 PROVO, Utah -- The Provo City Council voted unanimously to change the way they remove deer from the city.

Provo joined 15 other cities in the state adopting an all-lethal urban deer removal program, but as city officials explain, they didn’t have much of a choice.

Provo used to have a dual program that included trapping and relocating deer from city limits until the Department of Wildlife Resources changed their policy in May.

The reason the DWR is no longer trapping and relocating deer is due to concerns of spreading chronic wasting disease, which causes a degeneration of the brain in infected animals.

“It’s kind of become a prevalent issue among deer populations in the west. It’s not a huge issue in Utah right now but we want to keep it that way,” said Jolley.

The other reason is that there wasn’t a good survival rate for deer who were relocated.

“Typically only about 50% of them, we found from our studies, were surviving once they were relocated back into the wild from an urban area,” said Jolley.

“We were one of the first cities that did a pilot program with DWR to do this urban deer control program,” said Wells.

It’s been successful for Highland. At that time, they estimated 80 deer were hit and killed by cars every year.

“Now because of the deer program we’re actually down to about 10 per year so there’s been an 80 percent reduction in the amount of deer hit on our highways,” said Wells.

Both Provo and Highland have contracts with a local archery company that kills the deer in the most humane way possible.

Provo determined in 2016 they had about 500 deer within city limits, according to Community Relations Coordinator for the Provo City Council Karen Tapahe. While that number is likely lower now, they want to prevent accidents that put both human and deer lives in jeopardy.

“We’re not trying to kill them all. We’re just trying to keep that population under control so that they’re safe, we’re safe. We can have a few wandering around but if we can keep them from wandering in front of a car that’s better for everyone,” said Tapahe.

All the deer harvested in both Provo and Highland are donated to either needy families or the food bank.