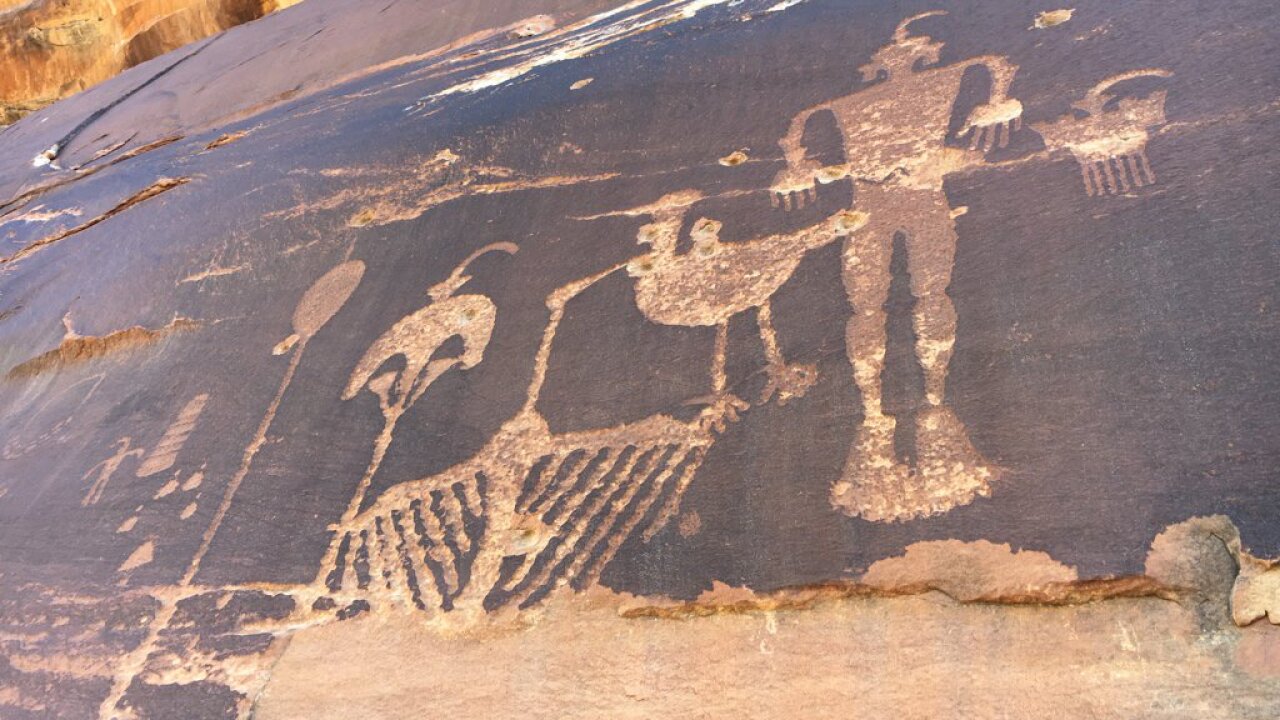 OREM, Utah -- Gov. Gary Herbert said talks are under way with tribal leaders to reach a deal over the future of Bears Ears National Monument.

In an interview with FOX 13 at his annual Native American Summit, the governor disclosed that he had been holding talks about resolving the controversy surrounding the monument.

"Some of it we're doing a lot more quietly," he said. "We're talking with the Native Americans. I imagine it will come up in this meeting here."

The governor held a private meeting for about 90 minutes with representatives from Utah's many tribes to hear their concerns about a variety of issues. State agency officials were also on hand to provide information.

Created by President Obama in 2016, the monument boundaries were shrunk by President Trump a year later. Lawsuits have been filed by environmental and tribal groups over the decision to shrink both Bears Ears and Grand Staircase-Escalante national monuments.

Herbert said he believed a compromise could be reached that could get Congress on board and end the litigation.

"We can protect it against mining and extraction in the Bears Ears parameters. That can be done legislatively," the governor told FOX 13. "We can empower the Native Americans to have say and control, not just a suggestion."

Navajo Nation Vice-President Myron Lizer, who was attending the summit, said he was encouraged by the discussions they had earlier this week when the governor visited him and President Jonathan Nez in Arizona.

"We'll take further discussions with him and try to escalate them and advance all of our first nations people's dialogue into that," Vice-President Lizer said.

Asked if he believed a deal could be struck, the vice-president replied: "I believe so, yeah."

Vice-President Lizer said preservation of the monument was critical for the Navajo Nation.

"It is a pristine place, also culturally sensitive and, for some of our tribes, religious as well," he said.

But Shaun Chapoose with the Bears Ears Inter-Tribal Coalition was skeptical and said the governor has yet to involve them.

"The funny thing is, he's never really come forward to us with that suggestion. This is the first time we've heard it," Chapoose told FOX 13 as he left the private meeting with the governor.

Chapoose said the lawsuits challenge President Trump's authority to shrink a monument and may need to play out in the courts.

"The dice has been rolled on that one and it's been such a national conversation," he said. "It doesn't impact just Bears Ears. In reality, we're talking all monuments."

The governor said he was still hopeful and promised ongoing talks with the tribes.

"I'm going to see if we can make that happen," he said.