PARK CITY, Utah -- A Park City road is closed due to sinkholes caused by a water main break, which also damaged several works of art at a nearby shop.

The break was reported in the area of Trappers Way and Park Avenue between 9:30 p.m. and 10 p.m. Thursday.

The water ran down Main Street, but city officials and firefighters put sandbags around businesses and homes in the area to protect them from damage.

Responders left the scene around 1 a.m. Friday and did not expect major damage. Sometime Friday morning the sinkholes opened in the road, prompting a closure near Trappers Way and Park Avenue.

Jared McMillen, owner of McMillen Fine Art Photography,  said three of his pieces were damaged by the water. He assesses the damage to his business at $28,000.

"Yeah, it is a bummer, but like I said: It could have been a heck of a lot worse, especially if it would have gone into our back room where we have some of our encaustics—which are only originals and I mean those get pretty pricey," he said. 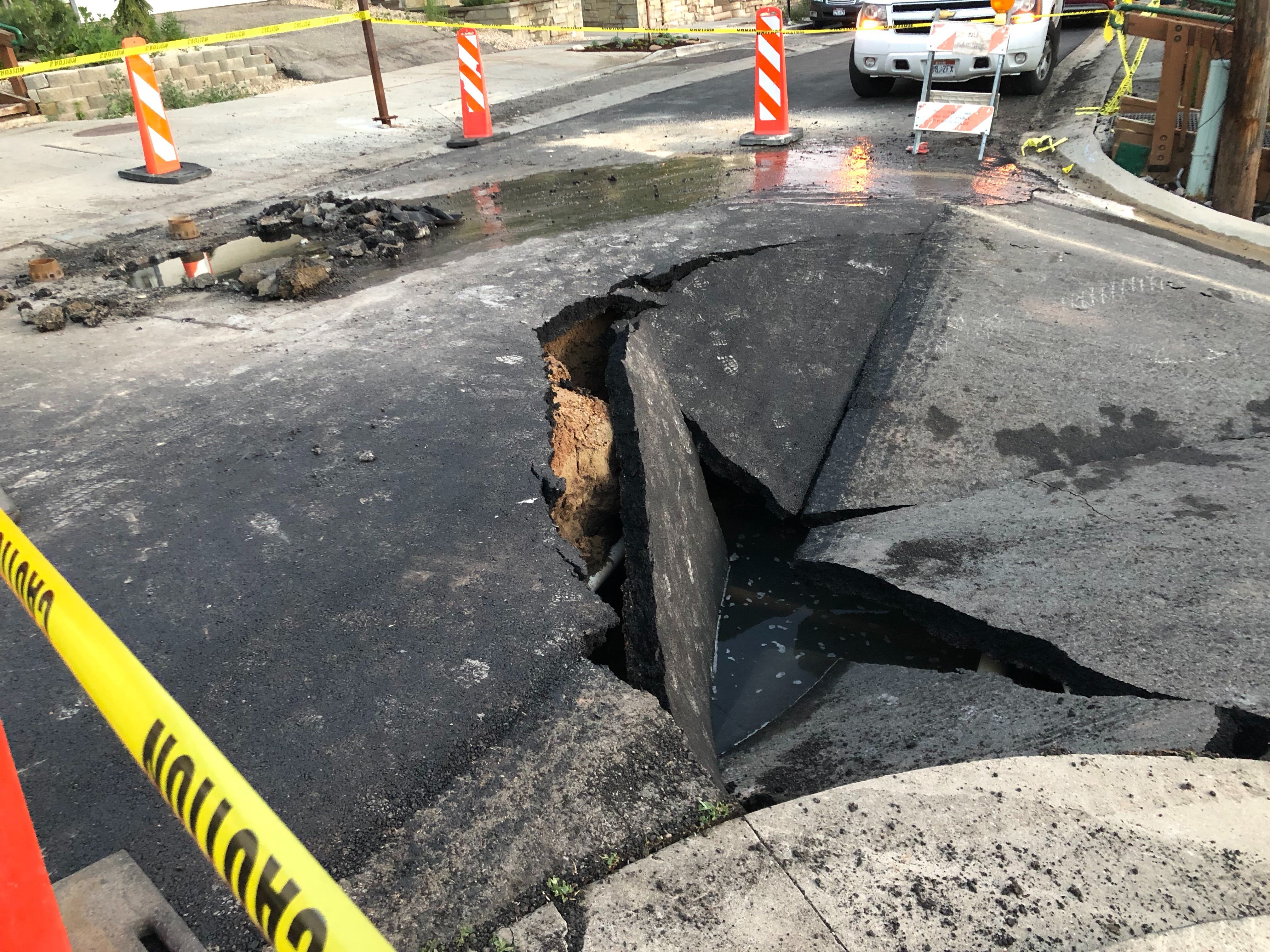