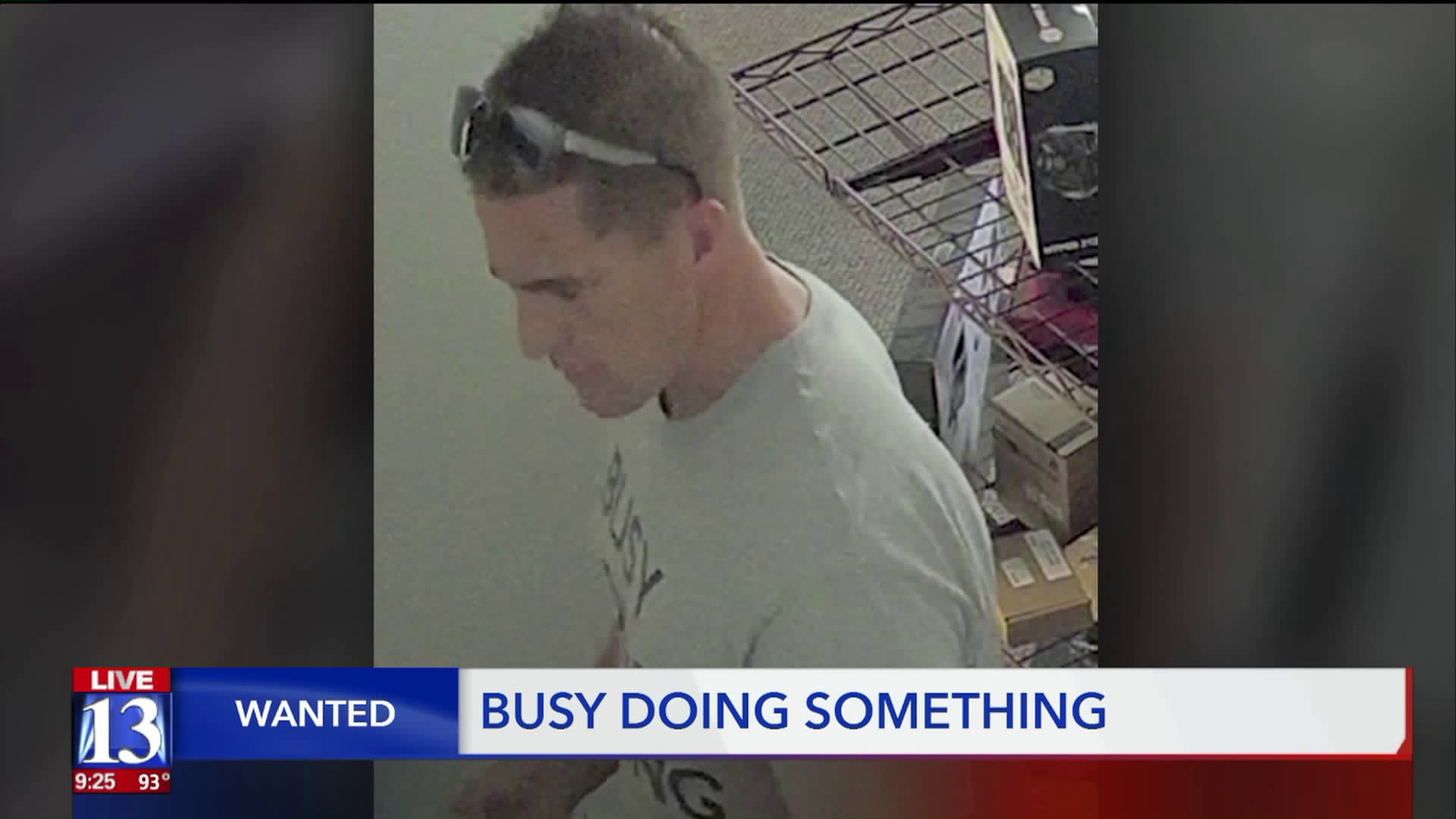 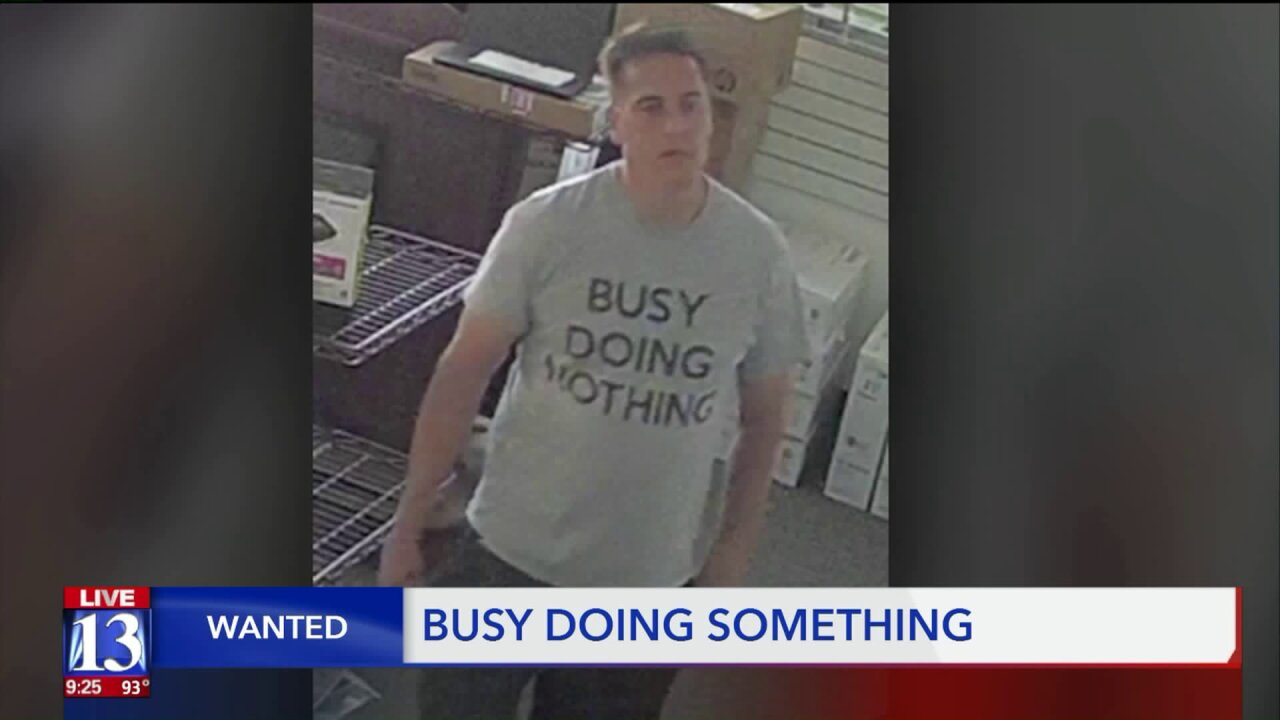 In this week's installment of "Wanted," we see a man wearing a shirt that says he's "busy doing nothing," but he may have been busy doing something when he was caught on camera at a Kaysville store. Police would like to know who he is so they can talk to him about an incident there.

Ninety-nine bottles of beer on the wall — and one shoplifter. This man was caught in on camera lifting liquor at a Bountiful store. Police would like to know his name.

Pleasant Grove Police are hoping you can help identify this man wanted for questioning in several fraud cases, or his car.

Finally, police also need help identifying an individual dressed like they're going to a heavy metal concert, but instead is suspected of some "suspicious activity" in an Ephraim convenience store.

If you know the names of any of these individuals, local police want to hear from you.