“I don’t even know what to think,” said Wasatch 6th Ward member Conner Dearden as he watched his meetinghouse burn early Sunday morning.

Dearden was on his way home from the airport around 2:30 a.m. when he and his mom turned onto East Dover Hills Drive in Cottonwood Heights.

“Initially it was kind of hard to put into words — you just see flames and you don’t really know how to react,” Dearden said.

Unified Fire Authority received a call from neighbors shortly after, around 2:45 a.m. When they arrived, they saw heavy smoke and flames coming out of the front door and windows.

“Quite a bunch of damage throughout, especially the hallways and the main areas through the walls and the ceilings. Anything that could burn did burn,” said Keith Garner with Unified Fire Authority.

UFA said it appeared as though the fire started in the foyer, with most of the damage coming as a result of the smoke.

“The smoke can cause just as much damage as anything else, so a lot of times, with the smoke damage, it’s going to have to be completely redone as well,” Garner said. “We don’t have a dollar value on it yet, but definitely a huge loss for a building this size."

Crews were able to extinguish the flames by 3:26 a.m.. Many who live in the neighborhood stood around and watched.

For many in the area, the space holds memories, he said.

“It was kind of like my childhood, always memories of going to church obviously, but also apart from that, playing sports out on the lawn,” Dearden said. “So, it was kind of crazy to see it in flames.”

Still, in the wake of devastation, Dearden said the community was brought together.

“I think to us, we kind of realized that a building can be replaced. You’ll always have those memories of this church building, but at the end of the day, it’s a building,” he said.

The cause of the fire is under investigation. UFA said they do not believe anything suspicious was involved, but they ask that anyone with information call them or Unified Police Department. 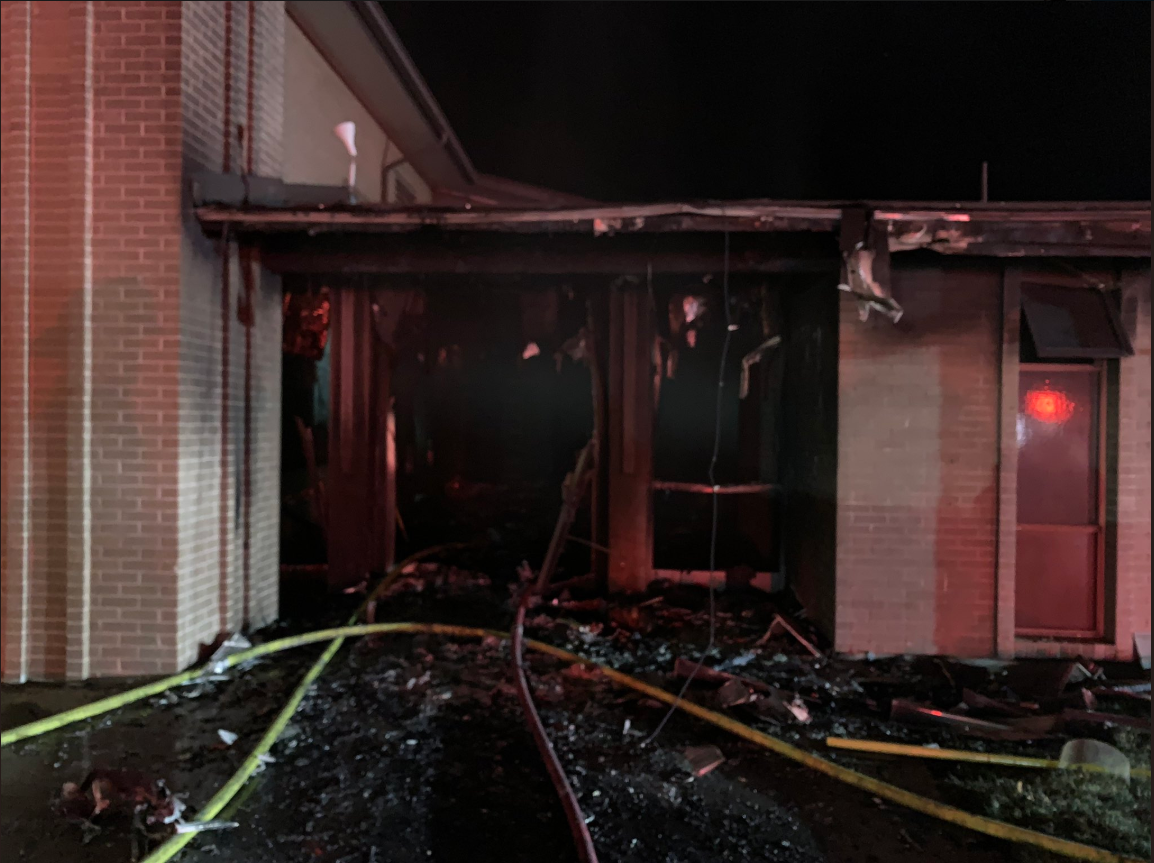