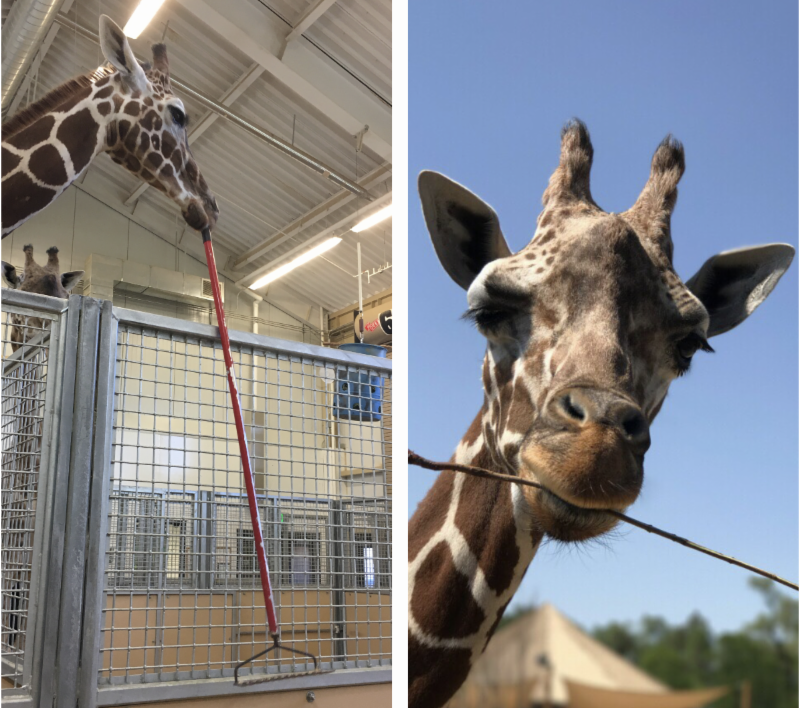 Kipenzi, 15, began showing signs of gastrointestinal distress, and keepers noted the animal’s appetite decreased in July and she was no longer passing feces.

“With broken hearts, the animal care team made the difficult decision to humanely euthanize Kip,” the press release states.

An animal autopsy determined Kip had gastric ulcers in her stomach chambers, of which giraffes have four. Keepers said there were signs of bloating and her intestines had “shut down.”

The team made the decision to euthanize the animal after extensive efforts to relieve her condition, including new medications and multiple procedures.

Kip had an abnormal right-rear foot due to an injury from more than a decade ago. While it’s unclear if the ongoing treatment of her foot is connected to the GI problems that led to her death, veterinarians said it’s possible.

“We will not know for certain until the lab results come back if there is a connection between Kip’s GI issues and her foot,”Dr. Crook said. “But antibiotics and pain meds can be hard on the GI tract.”

Kip came to Hogle Zoo in 2005 from the Brookfield Zoo. She was a three-time mother.

Holly Peterson, who cared for Kip for 14 years, said the animal was “part of my family” and a calm influence on the new giraffes.

“She also loved to be the center of attention,” Peterson added. “She’d find ways to get our attention, like pick up our rakes. She figured out she’d get a treat if she gave them back.”