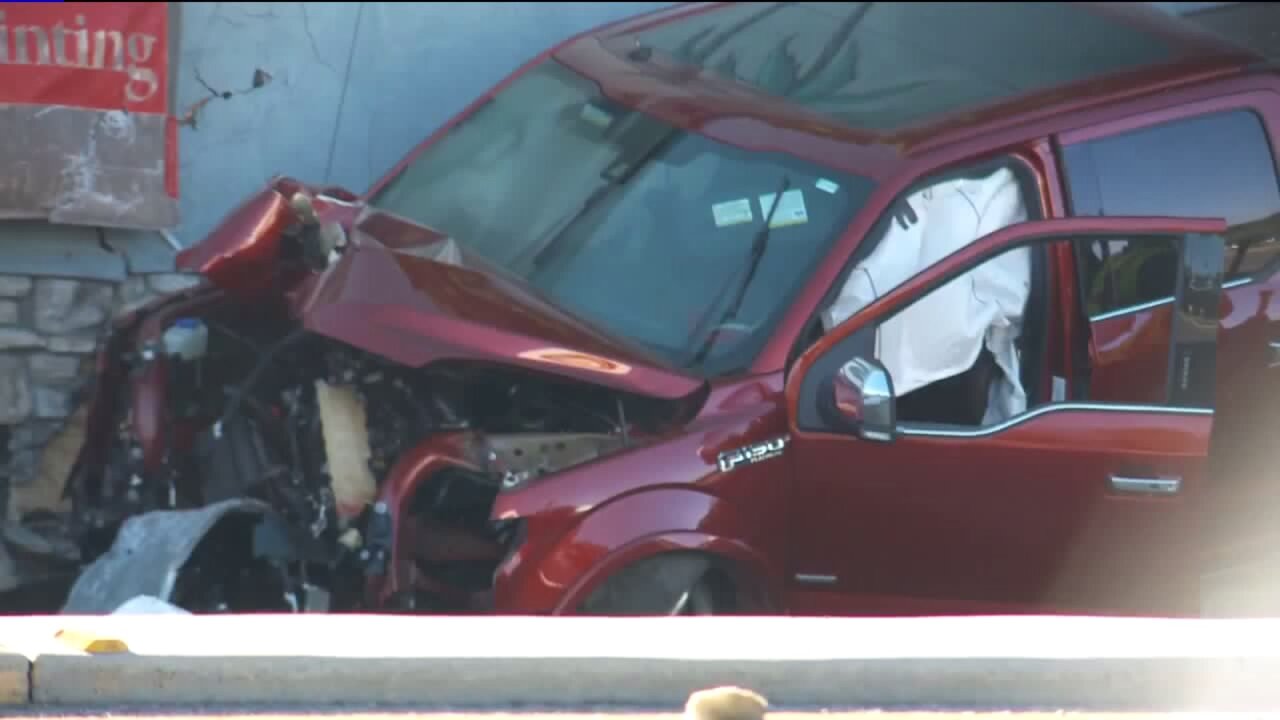 SOUTH SALT LAKE, Utah -- A driver was arrested after a chain reaction crash that involved a police officer on a motorcycle Monday morning.

Gary Keller of South Salt Lake Police said the officer was stopped in the driveway next to a Harley Davidson shop near 2900 South and State Street, and the crash occurred just before 7 a.m.

The officer was using a radar to check speeds, and a passerby had parked alongside him to have a conversation. As the two were talking the officer spotted a red pickup truck moving at a high rate of speed down State Street.

The officer dove out of the way, and the truck crashed into a fire hydrant and then a light pole, which fell and hit the officer. The collision sent the truck across the road and into a building.

The officer went to check on the driver of the truck, but he had already fled on foot. Other officers responded and arrested the man several blocks away.

Both the officer and the driver were treated at hospitals. The officer suffered some cuts and bruises and is expected to be OK. The condition of the driver was not immediately clear.