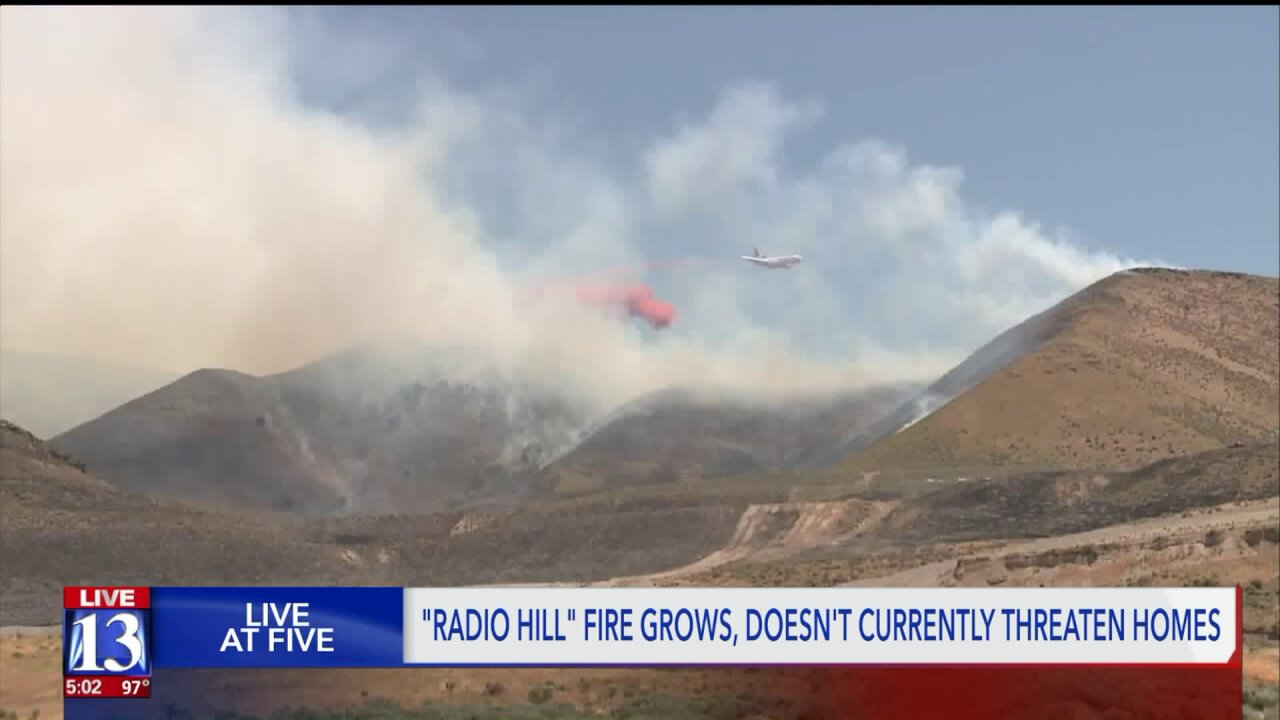 The fire started late Sunday night from a lightning strike, north of Interstate 84 and west of Interstate 15. It has grown to 2,300 acres and is 35 percent contained.

People who live in Tremonton are the closest to the fire. Crews warned residents they would have to evacuate from their homes if the winds suddenly changed.

Leo Chidester, who lives closest to the fire, said his home could have been the first to burn.

“It looked like it was going to come up over the ridge!” he said. “We have some good neighbors. They look out for me. I look out for them. We look out for each other.”

Firefighters and hand crews are battling steep terrain, hiking about three miles to get closer to the flames.

Helicopters and airplanes dropped water and fire retardant throughout the day.

Someone interrupted firefighting efforts on Monday afternoon by flying a drone in the area. Crews warned the public to please avoid flying in the area, especially because it is a federal crime.

Firefighters said the threat to Tremonton was minimal as of Monday evening, but they advised residents to stay ready just in case.

“Listen to your local media and your local broadcasts,” advised Todd Richards with the Box Elder Fire Department. “Right now everything is good. You’re safe. You’re good to go.”

“Those people are fantastic. I have nothing but admiration for them,” Chidester said. “I think we’re being taken care of by somebody up above!”

Crews said they expected to stay on scene throughout the night until the fire is completely extinguished.