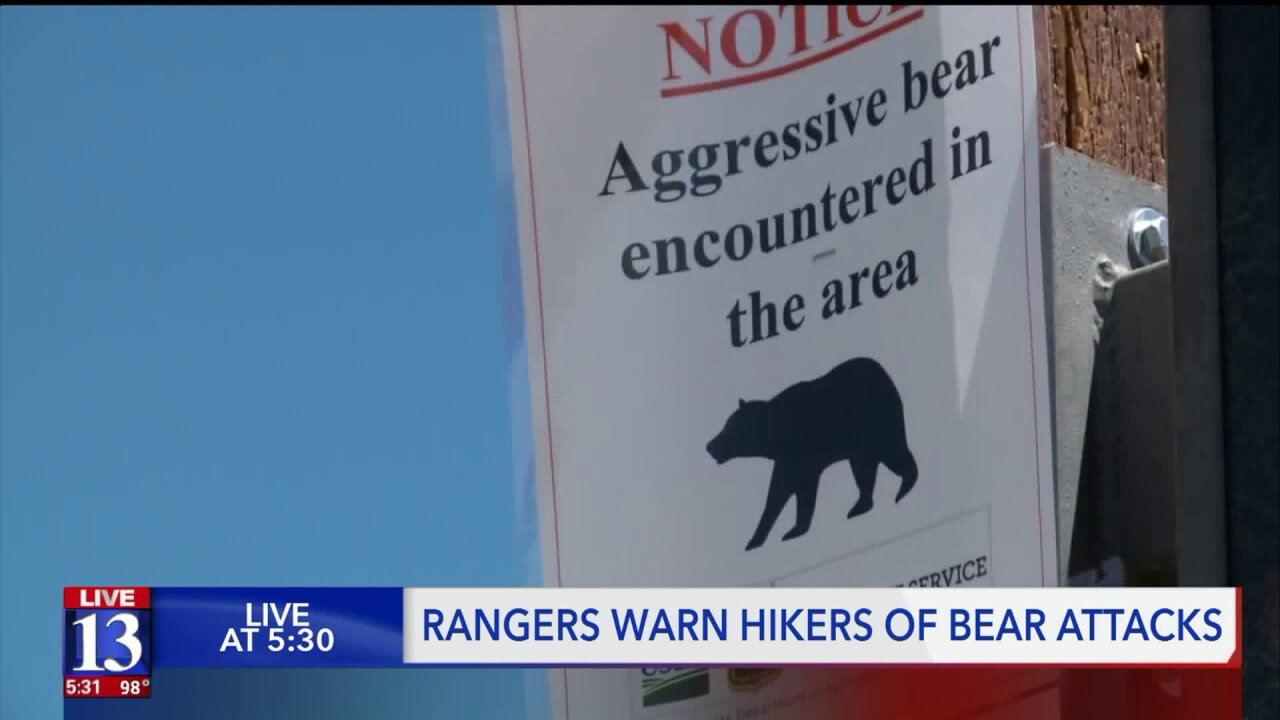 BRIGHTON, Utah — The Utah Division of Wildlife Resources is trying to track down an aggressive bear that has been reportedly charging at hikers near Lake Mary.

Rangers said they have received more complaints concerning aggressive bears than usual this year, especially now that it’s hot out and the bears are thirsty.

Scott Root with DWR said crews have laid out traps to try and catch the mother bear, which may have acted aggressive to protect its cub. Once captured, a biologist will determine if the bear needs to be euthanized or simply moved to a different location.

“Bears are supposed to be afraid of humans, but if I was a bear and I had a cub, I’m going to do what I have to do to protect my cub,” Root said. “I just don’t know if these bears crossed that line yet.”

Multiple hikers said they were minding their own business when the bear charged at them. Root said aggressive mother bears typically chomp their jaw or “bluff charge” at people if they feel threatened.

“That means they might kind of take about two or three quick steps and then kind of slam on the brakes,” Root said. “They’ll let you know, ‘Get out of my area! Get away from my cub!’”

Crews posted signs at trailheads to warn hikers about the aggressive bear.

“When I saw the signs, I did think about it,” hiker Ruth Kikkert said. “I guess I hope that the situation calms down! I hope the bear backs off and that they don’t have to do anything.”

If you see an aggressive bear, hikers are advised to notify someone with DWR immediately so they can tranquilize the bear and determine if it is a threat.