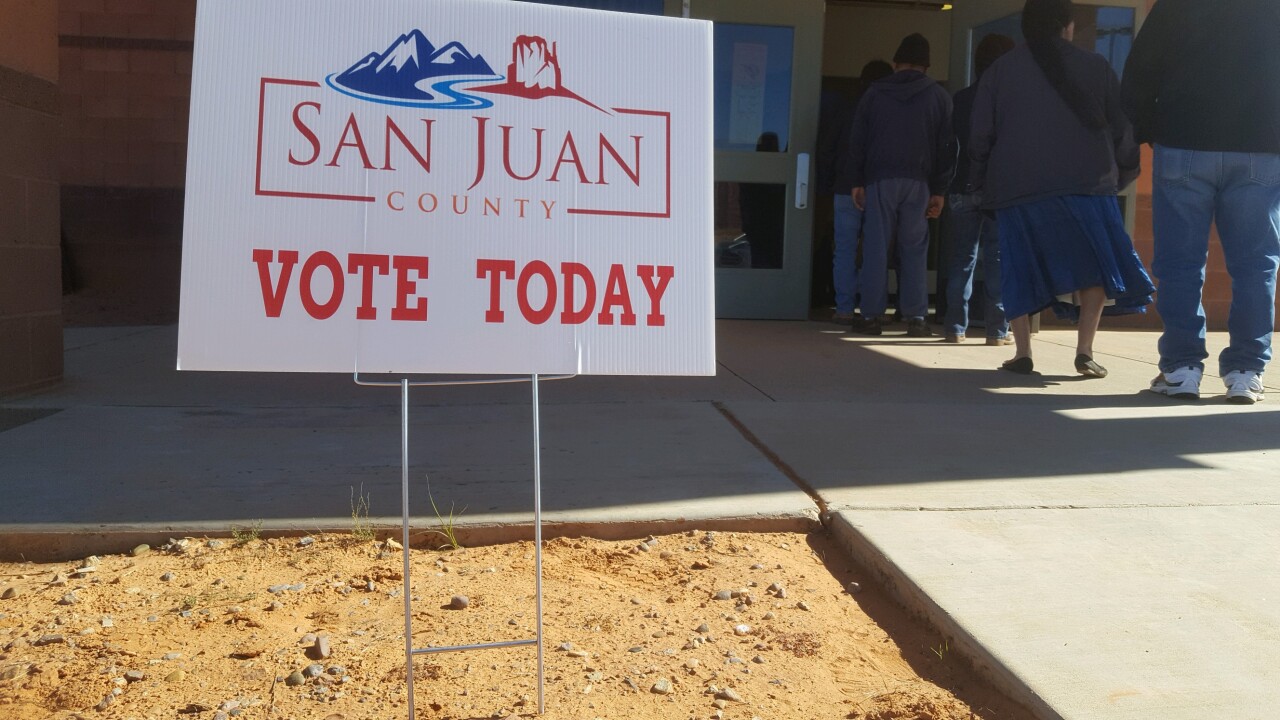 In a unanimous opinion published Tuesday, the 10th U.S. Circuit Court of Appeals rejected all of San Juan County’s appeals over the racial gerrymandering.

“We find no error in the district court’s well-reasoned rulings,” Judge Nancy Moritz wrote in the ruling.

The three-judge panel sided with U.S. District Court Judge Robert Shelby, who ruled that San Juan County had improperly drawn election boundaries for county commission and school board along racial lines. Native Americans are a majority population, but were a political minority. The Navajo Nation sued over it, and the judge ordered boundaries redrawn with a new election.

The decision led to a political shift in San Juan County with Native Americans seizing majority control of the county commission. Kenneth Maryboy and Willie Grayeyes were elected, changing the direction of the rural county’s politics. The county had appealed the judge’s ruling, arguing that as a result of the new boundaries there was a new type of gerrymandering taking place.

In its ruling, the 10th U.S. Circuit Court dismissed the county’s claims.

“The record supports the district court’s factual finding that several of the districts in the county’s remedial redistricting plan were predominantly based on race. And it correctly concluded that the county lacked the required good reasons or a strong basis in evidence to justify this race-based line drawing,” Judge Moritz wrote, adding: “The district court didn’t clearly err when it found that the special master’s remedial plan wasn’t predominantly based on race; nor did it otherwise abuse its discretion in ordering the county to adopt that plan.”

“As the first Americans, we have the indisputable right to vote to have fair representation at every level of government. It’s very important that the upcoming 2020 census count be conducted on the basis of fairness and accuracy to ensure jurisdictional boundaries provide the Navajo people the fair opportunity to choose their elected leaders,” he said.

Jesse Trentadue, who represented the county in court, said he was disappointed. He said given the change in commission leadership, an appeal was unlikely.

“I’m obviously disappointed but not surprised especially in light of the Supreme Court decision that says gerrymandering is neither unconstitutional nor illegal. While a lot of people are pleased by these rulings, I do not think it bodes well for the future of either Utah or our country,” he told FOX 13.

Commissioner Bruce Adams, who supported the appeal, said he was disappointed with the ruling.

“San Juan County appealed the initial decision of Judge Shelby because it split apart our most populated city, Blanding, and left them without representation. We went to the 10th Circuit looking for a more fair solution. The decision that came down today is very disappointing and disenfranchises a significant portion of our community,” he said in a statement.

Steven Boos, an attorney who argued on behalf of the Navajo Nation and now represents Commissioners Grayeyes and Maryboy, said in a statement that it was a landmark ruling.