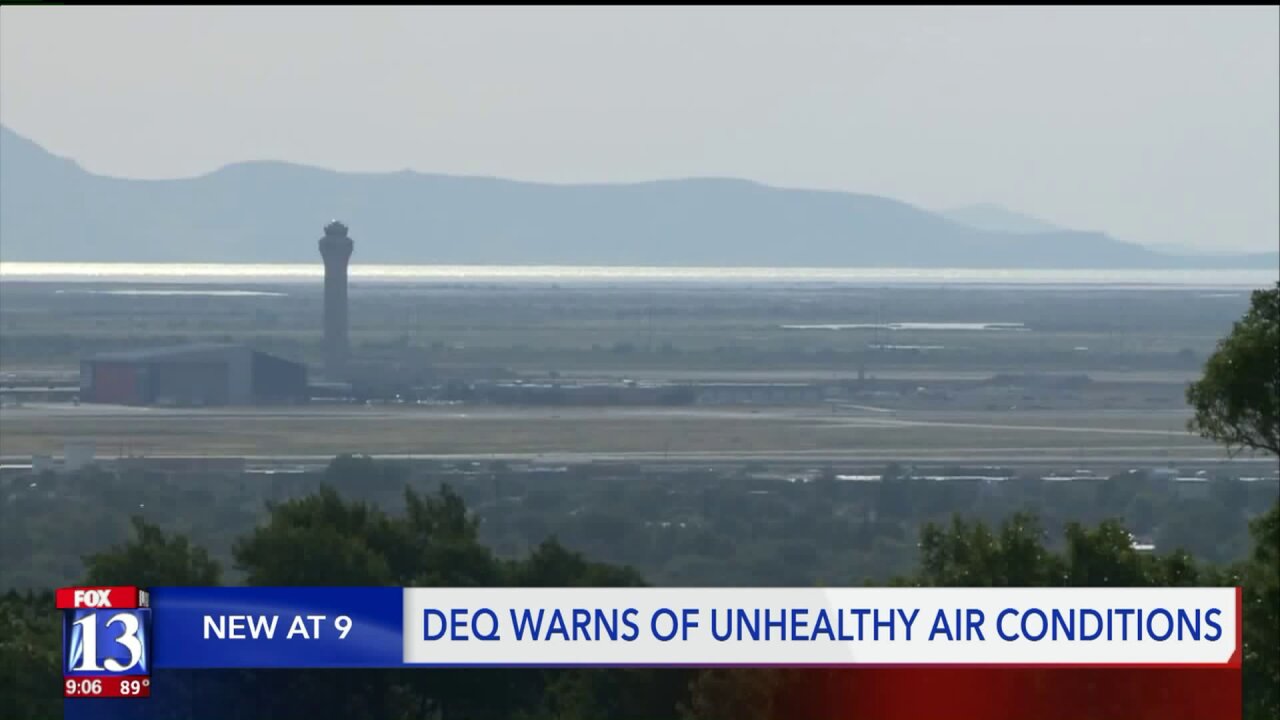 SALT LAKE COUNTY, Utah — The air we breathe along the Wasatch Front is reaching unhealthy levels and it is expected to get worse in the coming weeks.

As temperatures soar to the 90s, the Veatupu family finds relief in the water at a park in Bluffdale.

What’s harder to escape, their asthma. All six children suffer from the disease.

“When they have it, we all have it,” Mafi Veatupu said.

Their symptoms flared up last weekend while the family camped in Utah County.

“There was a wildfire and we could hardly breathe. We had to make sure that everybody was okay,” Veatupu said, whose children range in age from 13 to one-year-old.

Even at the Wardell Fields Regional Park, air quality is considered dangerous for the children on Wednesday.

Even though it may not look like it, Salt Lake County experienced its highest levels of ozone and particulate matter in over a week, according to the Division of Environmental Quality. The ozone is so bad, the air became unhealthy for sensitive groups.

It is expected to get worse, according to DEQ spokesperson Donna Kemp Spangler.

High temps this month are causing ozone levels to rise. Smoke from several wildfires adds in even more pollution. Add in the particulate matter caused by Pioneer Day firework celebrations, and things can get especially bad.

“It’s a double whammy. You’re getting both high concentrations of particulate pollution mixed with the high ozone levels,” Spangler said.

So what can we do? Experts suggest driving less and spending time outdoors in the evening.

That, of course, could change as high pressure sets in over the next several days.