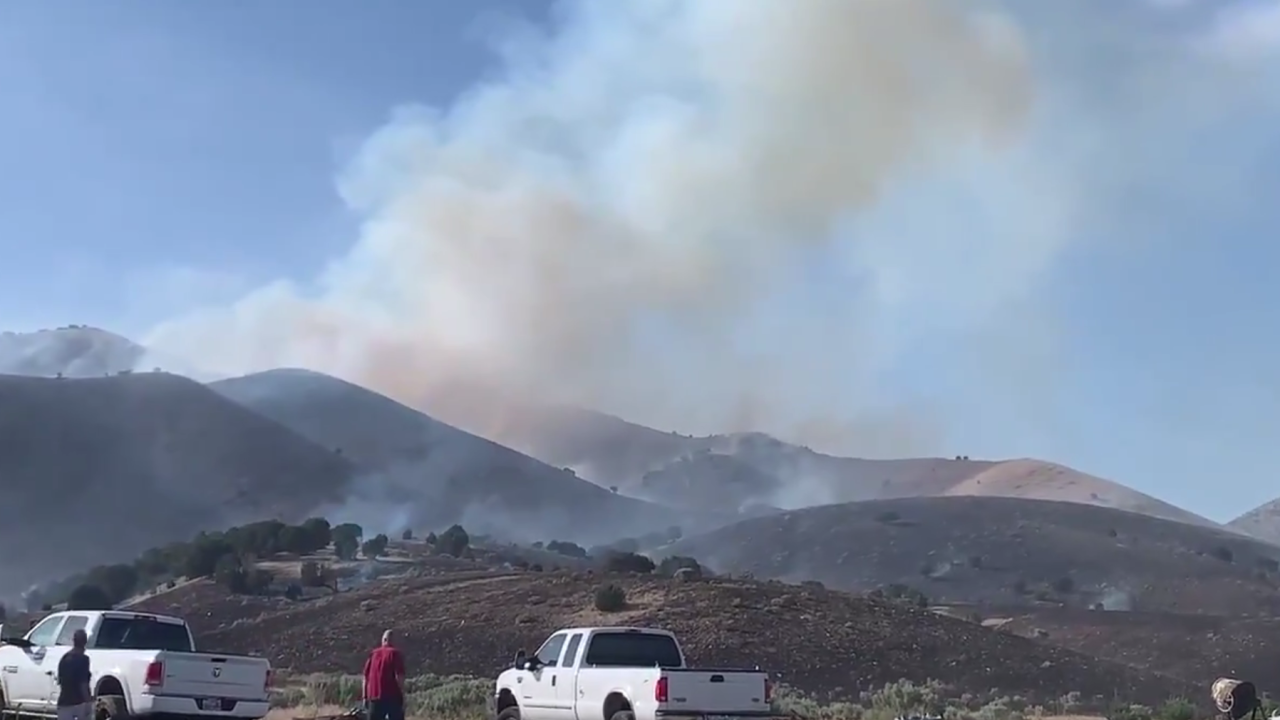 Dave Vickers, a fire management officer with the Utah Department of Natural Resources says the fire started around 4:00 p.m. and burned 351 acres.

Approximately 50 firefighters, along with two helicopters and six single-engine air tankers helped get a handle on the flames quickly.

Investigators are blaming birds for starting the fire.

“Probable cause was birds in a power line shorting out the system,” Vickers said.  “That has happened before.”

Favorable winds pushed the flames up the hillside, away from structures.

“If the winds were going a different direction, very easily we could have lost homes,” Vickers said.  “Fast-moving fire, it's hard to get ahead of it when it’s moving as fast as it did.”

Crews will be on the scene throughout the night to watch for any hot spots, but they believe homes are no longer in danger.

The fire created some tense moments for many families.

“This is up close and personal right here,” said Edward Shepley.  His family moved into the neighborhood from Kansas less than three months ago.  “It’s concerning.  Certainly didn’t expect this, but it proves the point that you can never underestimate the damage it can do.”

The fire burned a portion of the Shepley’s backyard, but it didn’t get their home.  Edward spent much of the evening spraying water to protect the property.

“Just trying to make sure if those embers come up and over, that I could at least douse them a little bit and have a mouse surface,” Shepley said.

No structures were damaged.  As of late Wednesday evening, crews estimated the fire was 80% contained.