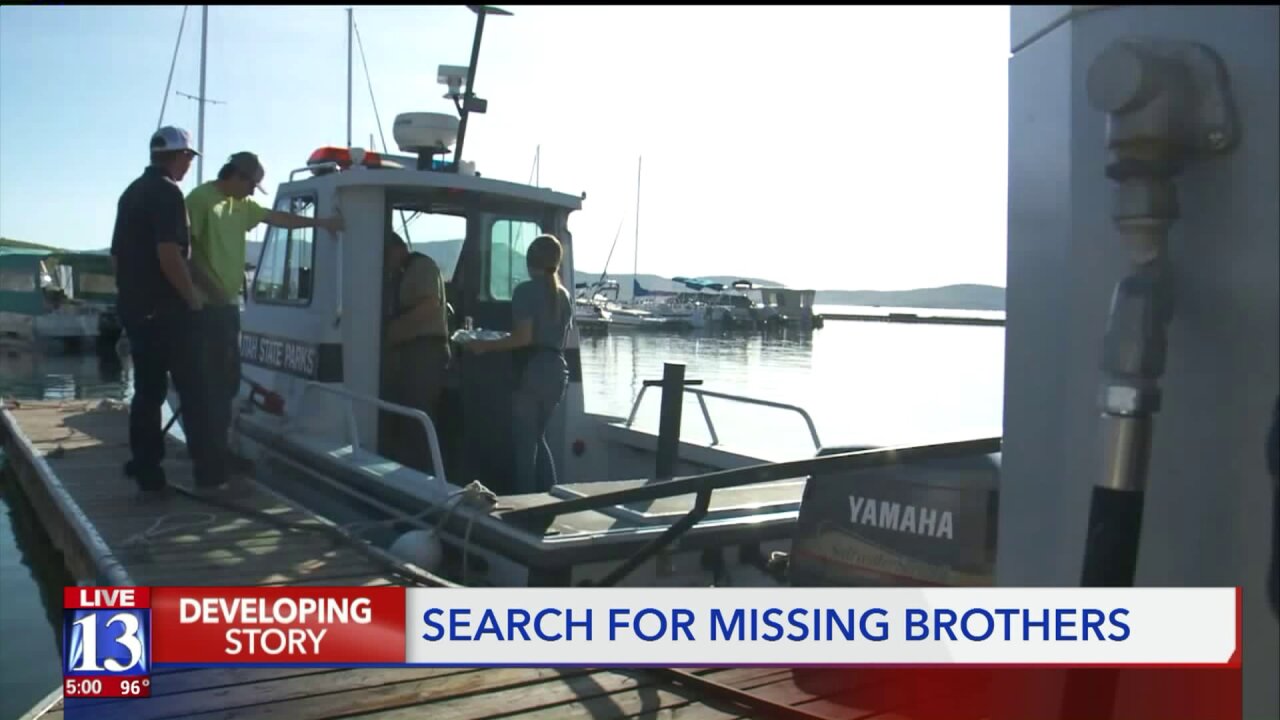 WASATCH COUNTY, Utah -- Search and rescue crews have been searching Strawberry Reservoir after an unoccupied boat that was still running was found near the shore in the Ladders area, according to the Wasatch County Sheriff's Office.

Officials said they received a call about the boat around 2:30 p.m.  Thursday, and state park rangers and deputies responded to the northeast area of the reservoir.

They attempted to contact the owner of the boat, but could not.

Police say there were two adult brothers on the boat: James (Jim) Gardiner, 70, of Salem, and Mark Gardiner, 61, of Pleasant Grove.

Sheriff Jared Rigby said the pair are experienced fisherman and there was a fish on one of the lines on the boat when it was found.

Crews from Summit and Utah counties, State Park Rangers and the Utah Department of Public Safety helicopter team are all assisting in the search.

The search was suspended overnight but has resumed Friday morning.