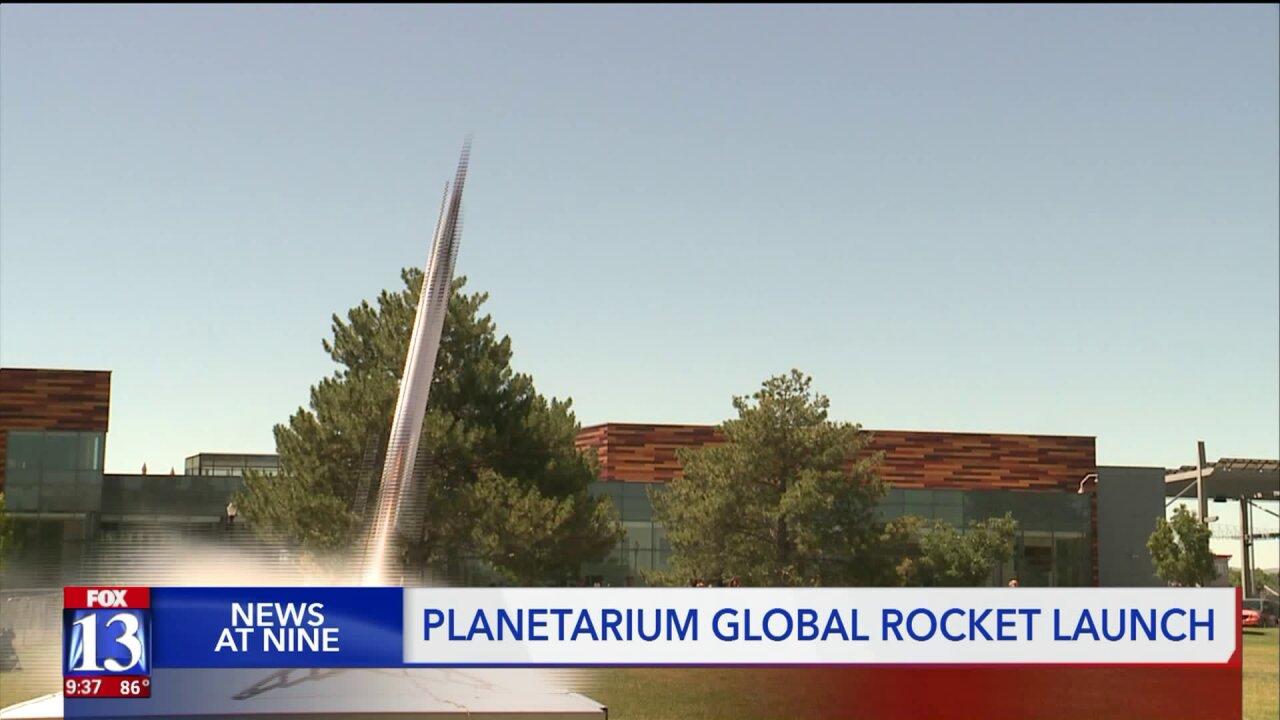 WEST JORDAN, Utah — To celebrate the 50th anniversary of the Apollo 11 mission that first landed humans on the moon, the Clark Planetarium shot off some rockets of their own with local kids.

At Veteran's Memorial Park in West Jordan, rocket after rocket soared into the sky, celebrating the historic launch that sent astronauts Neil Armstrong, Buzz Aldrin and Michael Collins to the moon 50 years ago.

Among the crowd of cheering children was Utah's very own astronaut.

Jake Garn remembers the Apollo 11 launch well — watching it with his dad from Salt Lake.

He also remembers the time he left earth for space.

"It was just amazing to me," Garn said. "Being a military pilot, I never ever would have anticipated that we would fly in space and that I would get to orbit the earth 110 times at 25 times the speed of sound."

Garn has a lot of impressive accomplishments under his belt: military pilot, former Utah senator, and, of course, astronaut.

"The earth is so magnificently beautiful from space. You don't ever feel that you can really describe what it's like," he said. "Even after all these decades, I think, 'Did little Jake Garn from Richfield, Utah really get to orbit the earth?'"

Those at Clark Planetarium hope events like this are the inspirational spark that young children need to grow up and create new technologies that take us that much further.

"Events like this ... show that rocketry is fun and engaging and, to some degree, it's accessible," said Jesse Warner, an exhibits engineer at the planetarium. "The important thing is to dream big."

Although these kids might not get to go to space themselves, events like these can be "one small step" toward something much bigger.

"There will be opportunities that don't even exist yet for our little people," Garn said. "I never anticipated that I would fly in space."