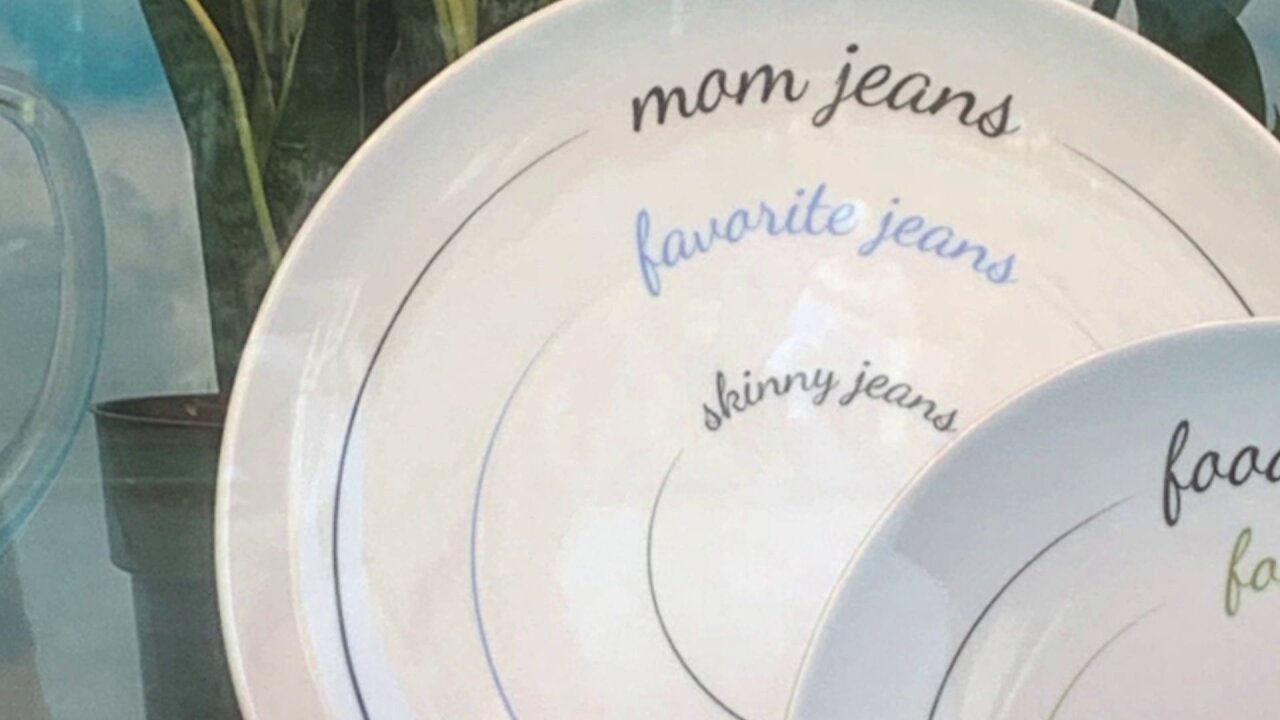 Macy’s may have bitten off more than it could chew.

The retail giant announced late Sunday that it would pull a line of porcelain plates advocating for smaller portion sizes after a wave of criticism that began – and ended – on Twitter.

The decision came in response to a customer’s tweet criticizing the plates’ message Sunday night.

The $9.50 plates, designed by a company called Pourtions, feature three circles of increasing sizes in which one might place their food. The circles are labeled “skinny jeans,” “favorite jeans” and “mom jeans.”

Little known fact: Not only are we right next to @marthastewart in Macy’s window, we’re also neighbors in real life. (Though Bedford Hills would never be mistaken for Bedford proper;)

Two of them had just been featured in a display at Macy’s flagship Herald Square location in New York — a milestone celebrated on the Instagram page for the small company — which is where writer Alie Ward saw them, rolled her eyes and took out her phone.

She tweeted a photo and asked: “How can I get these plates from Macy’s banned in all 50 states?”

That was all it would take.

The tweet spread. The outrage grew. And within hours, Macy’s responded: “Hi, Alie — we appreciate you sharing this with us and agree that we missed the mark on this product. It will be removed from all STORY at Macy’s locations.”

And that was that.

Macy’s told CNN on Monday, “We apologize to our customers for missing the mark on this product. After reviewing the complaint, we quickly removed the plates, which were only in our STORY at Macy’s location in Herald Square.”

Ward said Monday afternoon that she didn’t intend for plate-gate to be national news: “I just saw it, rolled my eyes, got sad for the people it would impact and used my voice on a public platform,” she explained, calling the plate’s message “a pointless joke with a cheap punchline.”

She added that it wasn’t her tweet that did them in but “a chorus of others echoing that it was ignorant and in poor taste.”

A representative of Pourtions, which is still selling the plates online for wholesale customers, said the company heard about the decision when a reporter called to ask for her reaction.

“We feel very strongly about the positive, light hearted message conveyed by our glasses & plates. The response today has been overwhelmingly positive, including more interest in Pourtions & sales today than ever before,” President Mary Cassidy wrote in an email.

“As the creators of Pourtions, we feel badly if what was meant to be a lighthearted take on the important issue of portion control was hurtful to anyone. Pourtions is intended to support healthy eating and drinking. Everyone who has appreciated Pourtions knows that it can be tough sometimes to be as mindful and moderate in our eating and drinking as we’d like, but that a gentle reminder can make a difference.”