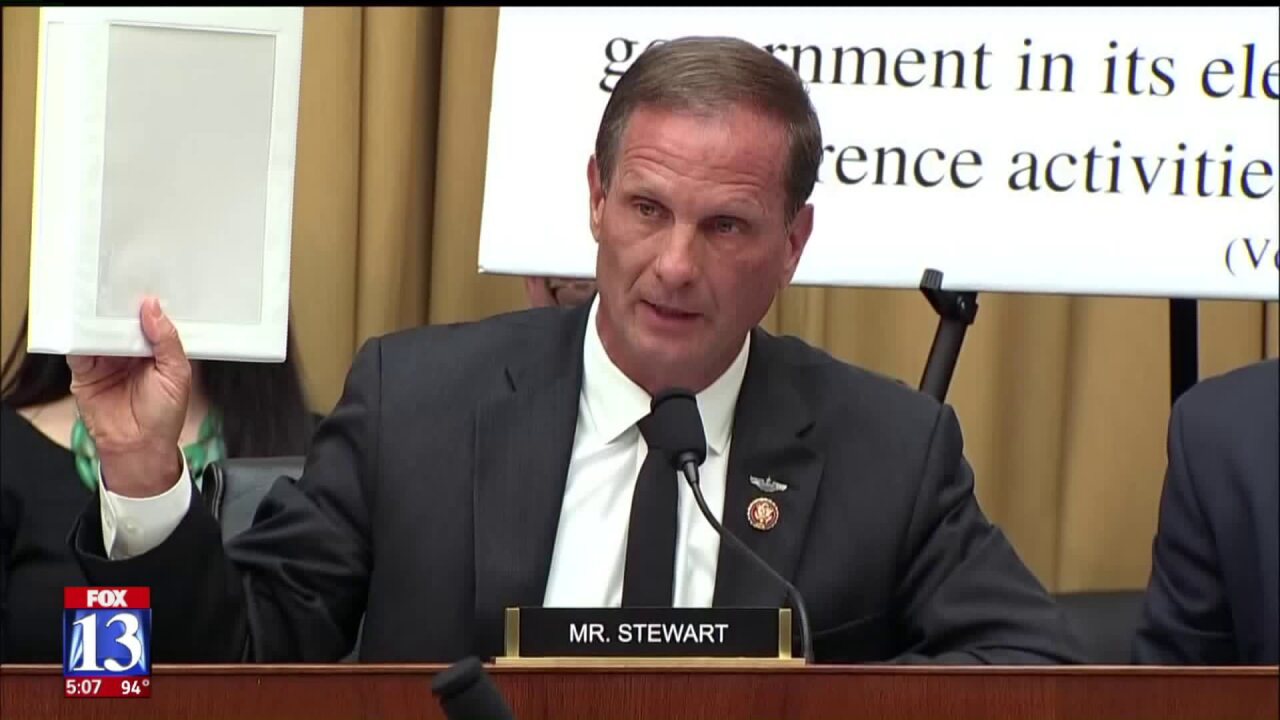 Stewart, on the House Permanent Select Committee on Intelligence, chose to focus on what he sees as a propensity for the Special Counsel’s office to leak negative information about President Donald Trump.

One taste of the response from Max Boot, Washington Post Columnist:

“Any reporter in Washington could attest that the special counsel’s office was the most leak-proof office in DC—far more so than Congress or the White House. Rep Chris Stewart bizarrely accuses Mueller’s office of leaks. Pot calling the kettle black.”

Stewart questioned Mueller in two areas related to leaks: Roger Stone’s arrest in January and the Special Counsel’s criticism of the Attorney General’s original summary of Mueller’s findings in March.

Stewart suggested the special counsel leaked the timing of Roger Stone’s arrest to CNN because the cable network had a photographer on hand.

“Are you aware of anyone on your team having given advance knowledge of the raid on Roger Stone's home to any person or the press including CNN?” Stewart asked.

CNN, however, was doing reporting leading up to the arrest focused on Stone’s own expectations of a Friday evening arrest because the Mueller Grand Jury tended to issue indictments on Friday afternoons.

Stewart also suggested the Special Counsel’s office leaked a copy of Mueller’s letter criticizing Barr’s public summary of the investigation in late March. The Washington Post made the letter public at the end of April.

“Did you make any effort to determine who leaked that confidential letter,” Stewart asked.

“I do not believe we would be responsible for the leak,” Mueller said.

A published image of the actual leaked letter suggests Mueller may be right, because it has a handwritten notation saying the copy had been received by the Attorney General’s office.