UTAH COUNTY, Utah -- A dumpster fire caused by Pioneer Day fireworks was put out Thursday night after Lone Peak Fire District said a "perplexing" chain of events led to neighbors alerting the family and firefighters about the flames.

LPFD officials said the Utah County family had finished their holiday firework show and disposed of the firework debris in their dumpster before heading off to bed.

Neighbors, who LPFD said were tucked into their beds, were suddenly awakened by a large boom when a gas-powered car part, which was in the dumpster before the flames started, exploded.

The strut turned into a projectile and shattered the neighbors' window before melting on a Swiffer mop, according to LPFD.

One of the neighbors ran downstairs, thinking his home was being broken into and saw the broken glass in the laundry room before running outside. There, he noticed his neighbors' house was on fire and ran to wake them up.

His wife called 911 and LPFD said they were able to extinguish the fire.

LPFD said the homeowner reported wetting down the fireworks before throwing them away, but firefighters said to soak them with water and store them away from your structure for a day or two to be safe. 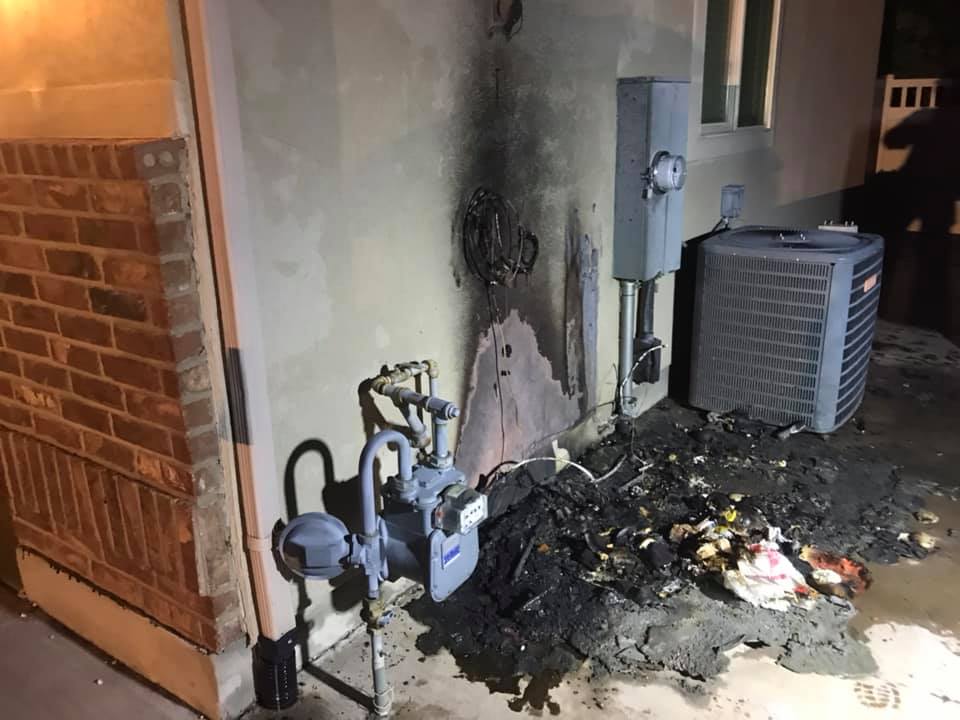