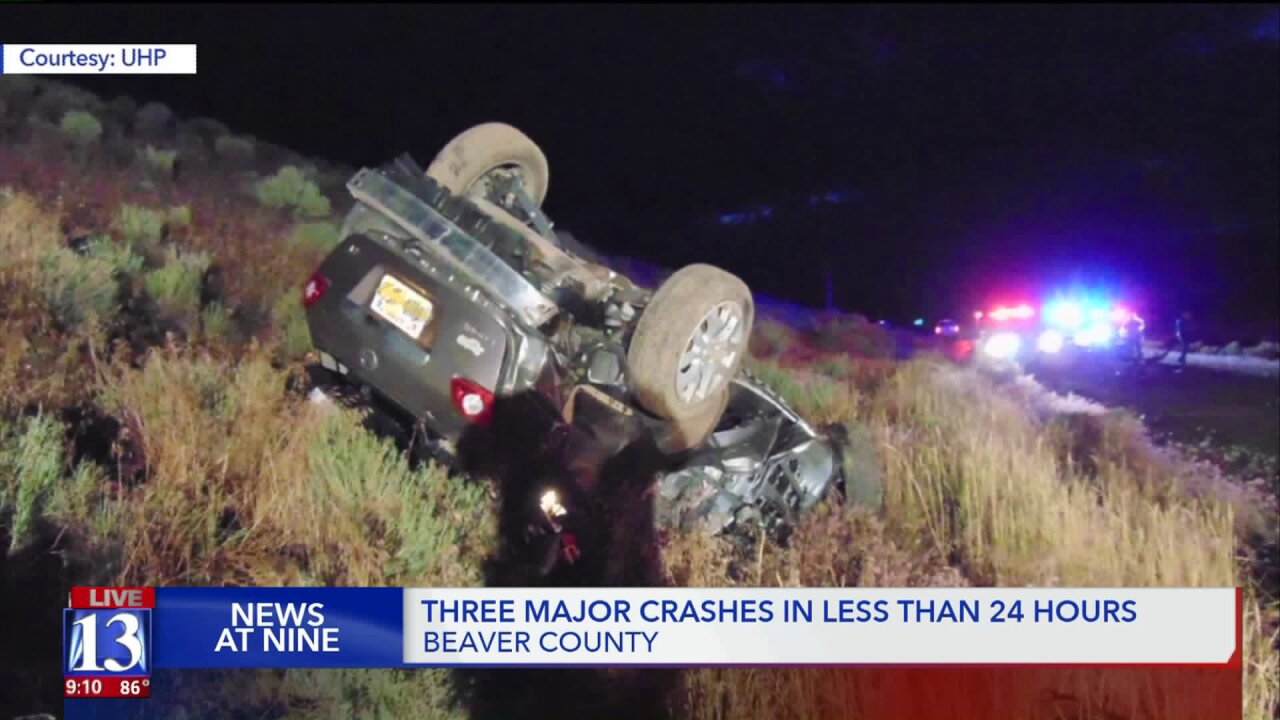 The period between Memorial Day and Labor Day has been marked as "Utah’s 100 Deadliest Days," and the last 24 hours have proven to be just that -- deadly and dangerous.

“You may feel like you’re safe out there not wearing your seat belts, it’s not snowing, it’s not raining, but crashes can happen at any time,” said Utah Highway Patrol Maj. Steven Winward.

“These stories are examples of why you should wear your seat belts, it could happen to anybody,” Winward said.

The first happened around 5:20 p.m. Wednesday. UHP rain and bald tires played a role in bringing a red car to a ditch.

A woman and her 6-year-old daughter were inside, neither were wearing seat belts.

“The girl’s in critical condition, she was flown up to Primary Children’s in very serious condition, right now, not sure if she’s going to make it or not,” Winward said.

A few hours later, around 4:40 a.m. Thursday, a 16-year-old unlicensed driver lost control of a grey SUV. Police said he was traveling over 100 miles per hour.

“The vehicle rolled, the 16-year-old was ejected, he was also seriously injured,” Winward said.

The third crash took place Thursday afternoon off SR-21. A 14-year-old, who was not wearing his seat belt, died.

“A 14-year-old, and that one also involved a kid that was not wearing a seat belt, was ejected from a vehicle and died because of the injuries involved,” Winward said.

Now, police hope these three crashes, full of critical injuries and even death, will send a message to drivers.

“These stories are examples of why you should wear your seat belts, it could happen to anybody,” Winward said. “This, unfortunately, involved a young child and kids that are in the prime of their life, teenagers, that will have a different quality of life moving forward.”

Utah Highway Patrol said about 85-to-90 percent of drivers in Utah wear their seatbelts, but there are still far too many people who choose not to wear one, especially in rural areas.