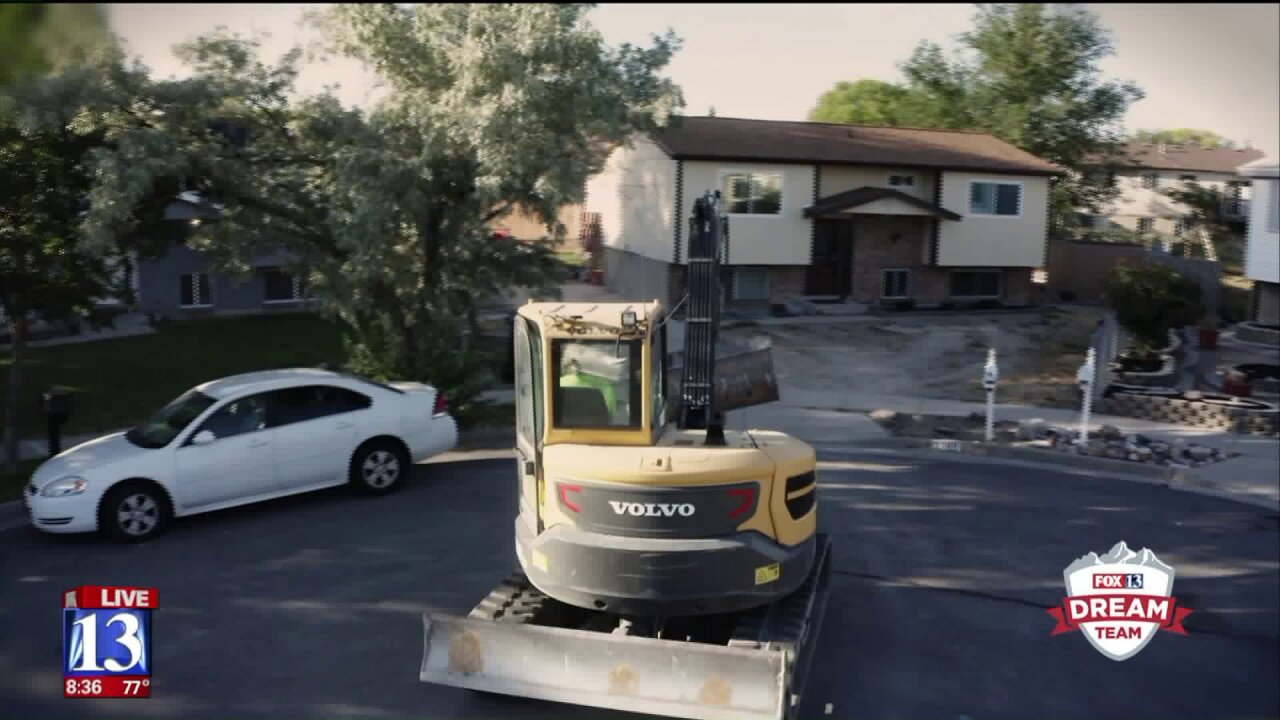 MAGNA, Utah -- Lori Bell was at work with no idea her old, collapsed driveway was being ripped out and replaced.

A new front lawn was also going in, and all the work was complete by the time she arrived home.

Lori was nominated for a surprise from the Fox 13 Dream Team by her sister Jolene.

Lori essentially raised Jolene after the death of their mother, when the two girls were just 15 and 5.

Their father was a truck driver, and while he was on the road earning a living, Lori willingly gave up her teenage years to look after Jolene.

The family even endured periods of homelessness, but stuck together and bounced back.

The home Lori bought in Magna has been a source of pride, but also came with some problems.

Watch the video to see what happened.