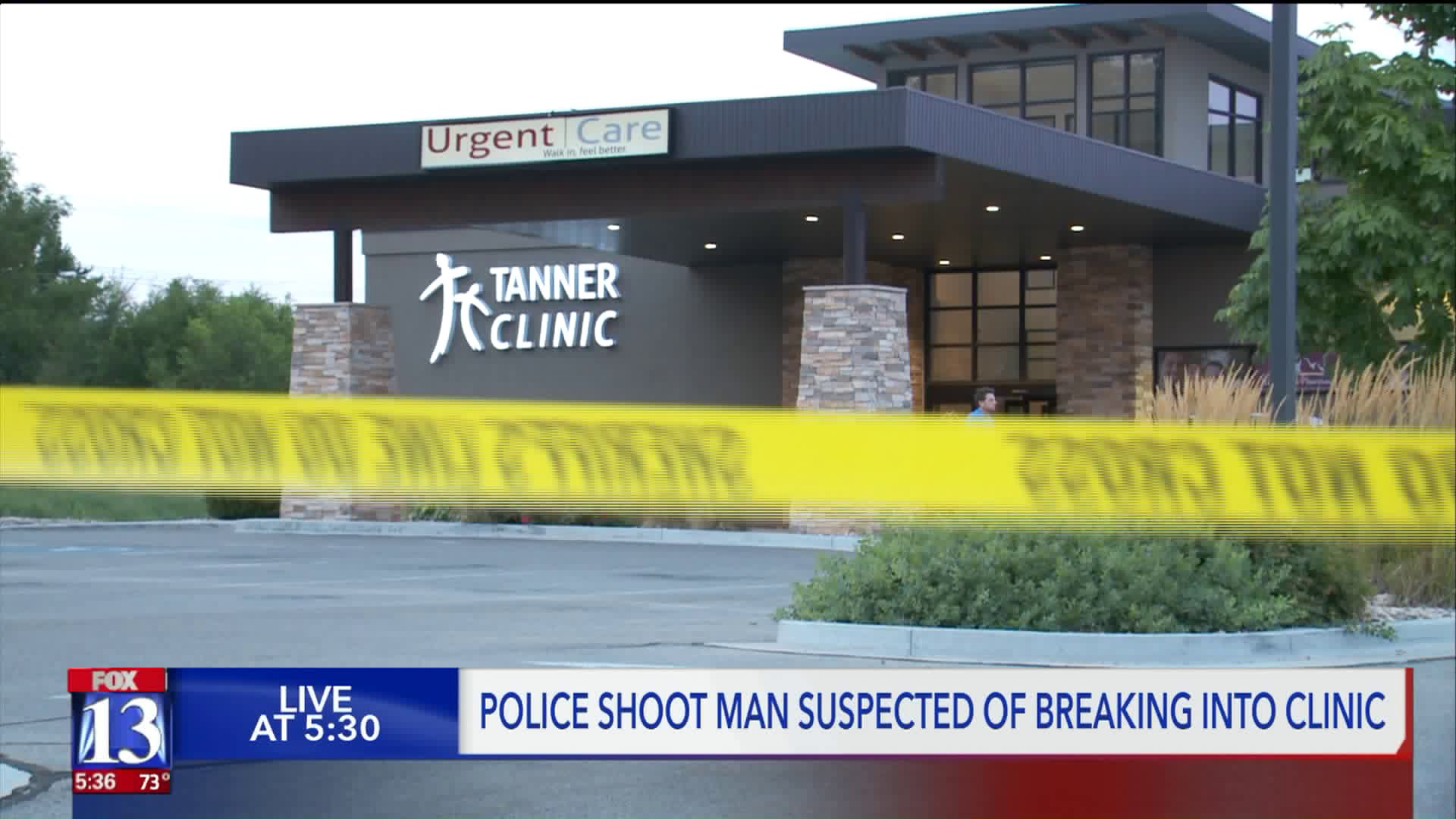 A call about a burglary with someone barricaded inside a room at a medical clinic ended with a deadly officer involved shooting in Roy early Wednesday morning. 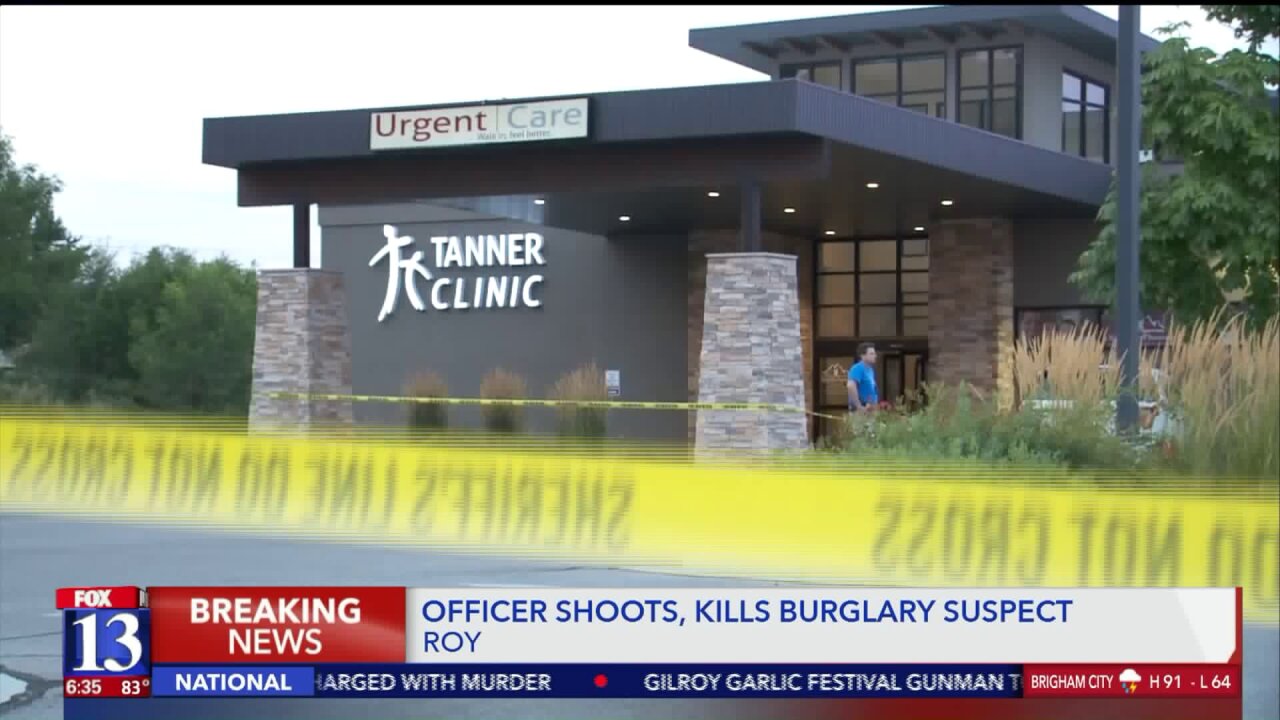 ROY, Utah -- A call about a burglary with someone barricaded inside a room at a medical clinic ended with a deadly officer involved shooting in Roy early Wednesday morning.

Ogden Police state things began around 1:50 a.m. when an Ogden Police K-9 officer was called to assist Roy Police with a report of a burglary at Tanner Clinic, 3443 West and 5600 South in Roy.

"A caller reported that a suspect had broken into the medical clinic and the frightened caller was barricaded in a room inside the clinic," the release states.

Police later stated the woman was cleaning inside the building when the man used a hammer to break a window and enter.

Officers decided to enter the building to protect that employee from possible violence, the press release states, and they deployed the K-9 inside and began searching for the suspected burglar.

Officers encountered the man, who was holding  a hammer. Officers tried to get him to surrender and tried less-lethal means of detaining him, police stated in a press conference. At some point police say he rushed at officers while wielding a knife, and the Ogden Police officer fired several shots.

The suspected burglar was hit and taken to a hospital, where he was pronounced dead. The identity of the deceased has not yet been released.

The Weber County Attorney's Office is conducting an investigation into the shooting.