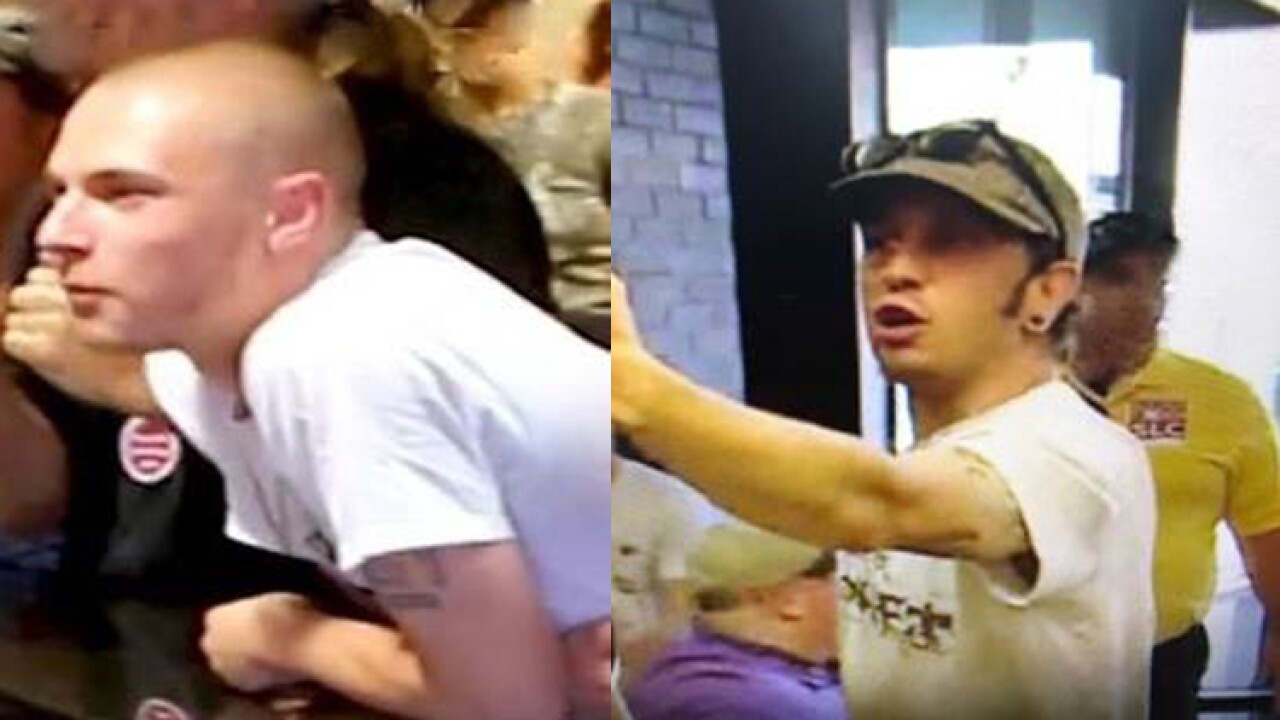 SALT LAKE CITY -- Just over three weeks since the violent protest over the inland port, Salt Lake City Police are still working to identify two men accused of assaulting police officers during a protest last month, which was supposed to be peaceful.

"If you’re on private property and we ask you to leave, you do need to leave," said SLC PD Detective Michael Ruff.

Salt Lake City Police released the photos Thursday, stating the two men are wanted in connection with the protest against the inland port on July 9. That protest ended with eight arrests.

The release describes the men and the allegations against them as follows:

"The first suspect is a male white adult with gauged ear piercings and black hair. He is wearing a white tee-shirt and grey hat. This individual violently assaulted an officer during the protest.

The second suspect is a male white adult with a shaved head. He is wearing a white tee-shirt possibly with the words 'boot party' on the front. This male spit in the face of a police officer and assaulted an officer who was on the ground."

"You can actually see the spit leaving his mouth and going towards the officer in that still footage," Ruff said.

At this point, they're still not sure if these unidentified individuals are from Salt Lake or people who were visiting from out of town.

"Where somebody’s from doesn’t really have a bearing. It’s the actions of people we’re concerned about," Ruff said.

Activists have criticized the department's handling of the protest, saying officers escalated the situation rather than protesters. Others have said police used excessive force that day.

Still, others have said the protesters went too far.

Police said they're still going through a significant amount of footage from the protest, including at least 119 body cameras.

Police released some bodycam footage from the incident and Fox 13 News has made our footage available to the public as well.

Once they review all of that, a citizen review board will evaluate the evidence and determine if there were any officers who acted inappropriately.

"There’s still a lot of information our investigators are having to go through and they’re still doing that," Ruff said.

Police are also still looking for an individual who they say tried to take a camera from a member of the media.

The officers who were assaulted received minor injuries like cuts and bruises. 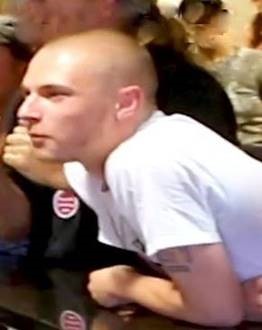