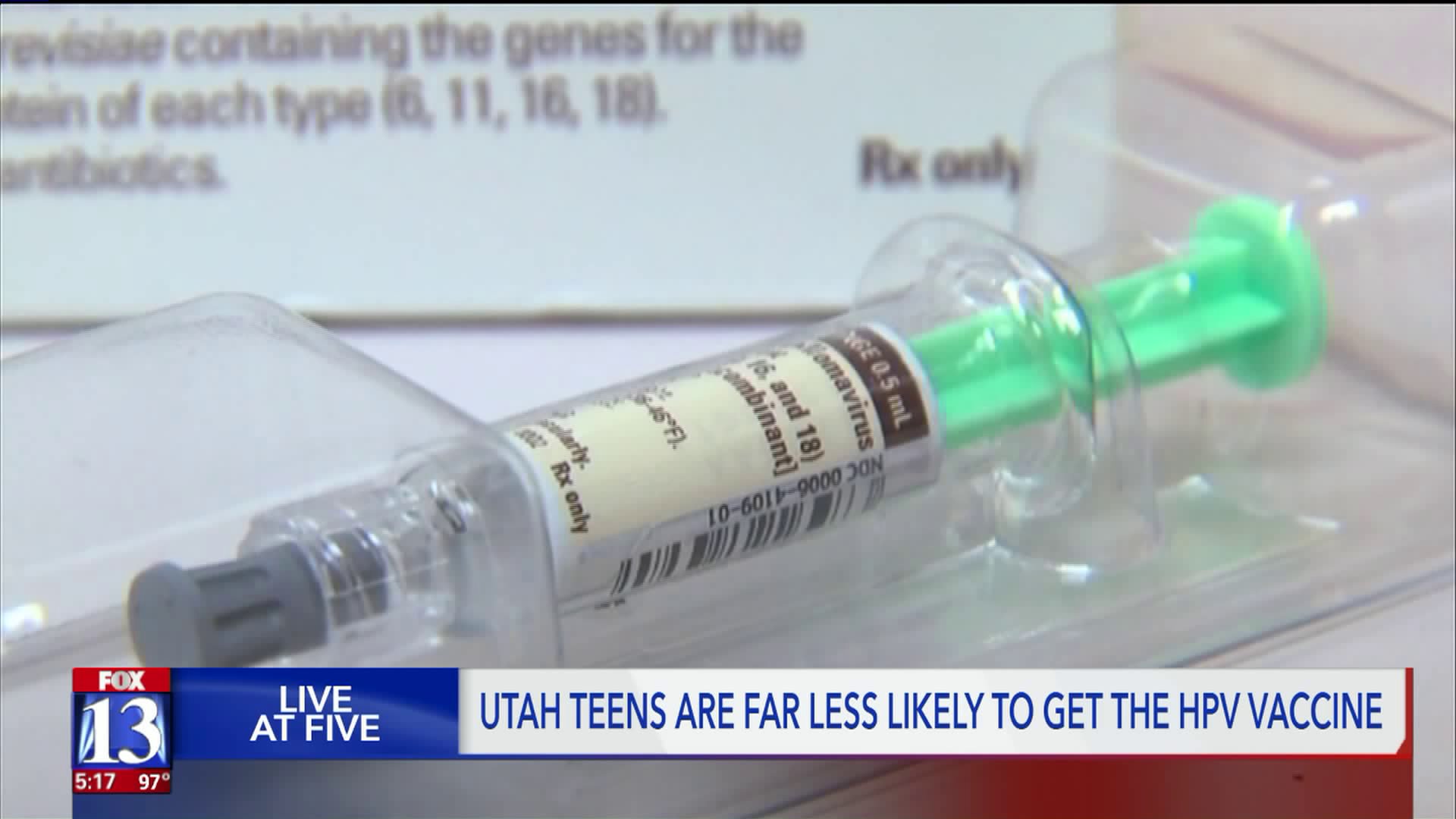 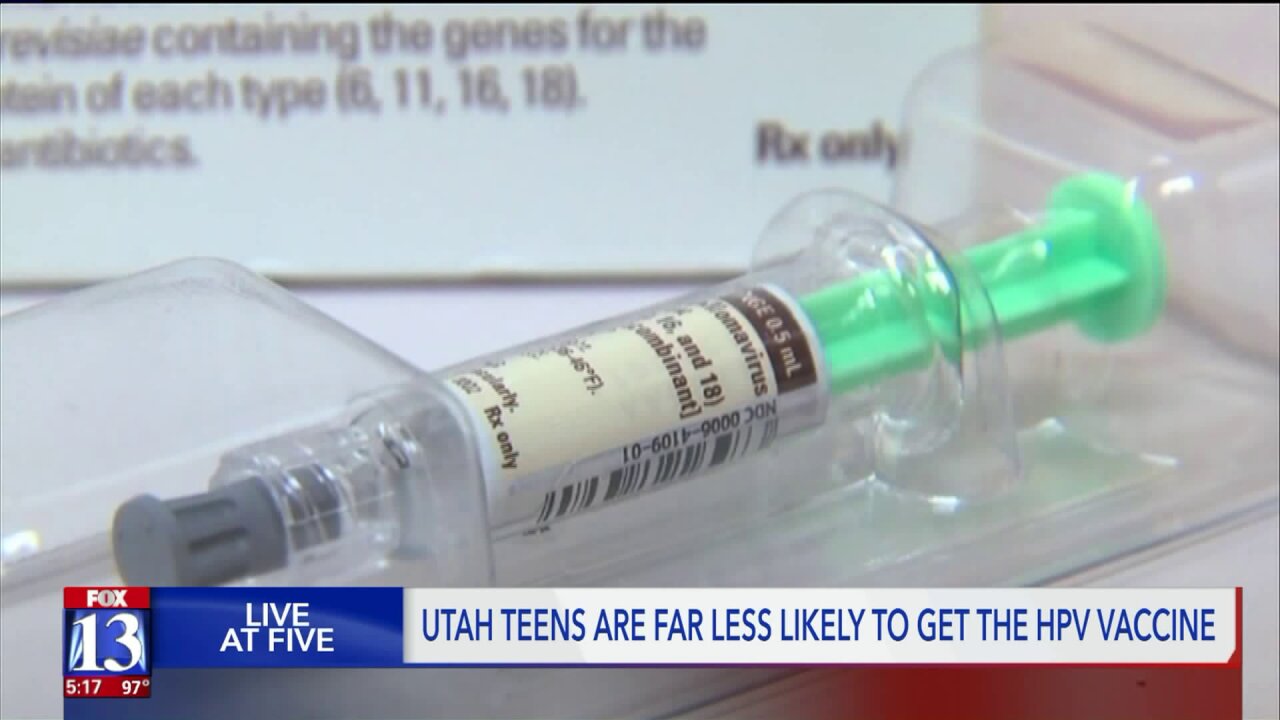 SALT LAKE CITY — With kids heading back to school soon, the health department is reminding parents about updating their kids' required vaccines.

However, there is a vaccine that is not required but highly encouraged, and any parents seem to be avoiding it in Utah: the HPV vaccine.

Rich Lakin the immunization program manager for the Utah Department of Health, says when it comes to overall vaccine rates, Utah is average in terms of rankings nationwide.

“We`re in the middle of the pack for overall kind of vaccines, and we`re pretty much dead last from 47 to 50 on HPV,” Lakin said.

“If I was to throw out a hypothesis there, I would say, yes — the reason why HPV, why we rank last on some of the categories, is that it`s a sexually transmitted disease,” Lakin said.

Even though it's sexually transmitted, doctors recommend kids start getting the vaccine around eleven-years-old.

“The reason it`s licensed for that age is because the response of their immune system is the strongest at that point. It`s not that we`re saying they`re going to be sexually active at 11-years-old. Of course not,” Lakin said.

Even for parents who are convinced their children will never have premarital sex, it's a vaccine that can prevent cervical and oral cancer, genital warts, along with other forms of sexually transmitted viruses that kids can be exposed to later in life.

“We have a vaccine that prevents cancer. I mean, Huntsman Cancer Institute has said this is one of the greatest breakthroughs for cancer prevention, and we have it. This vaccine has been out since 2006, and over 100 million doses have been administered and with very few side effects,” Lakin said.

The Centers for Disease Control and Prevention recommends the HPV vaccine for young women through age 26 and young men through age 21. If the child gets the vaccine before age 15, they only need two doses, but after 15, they'll need three.