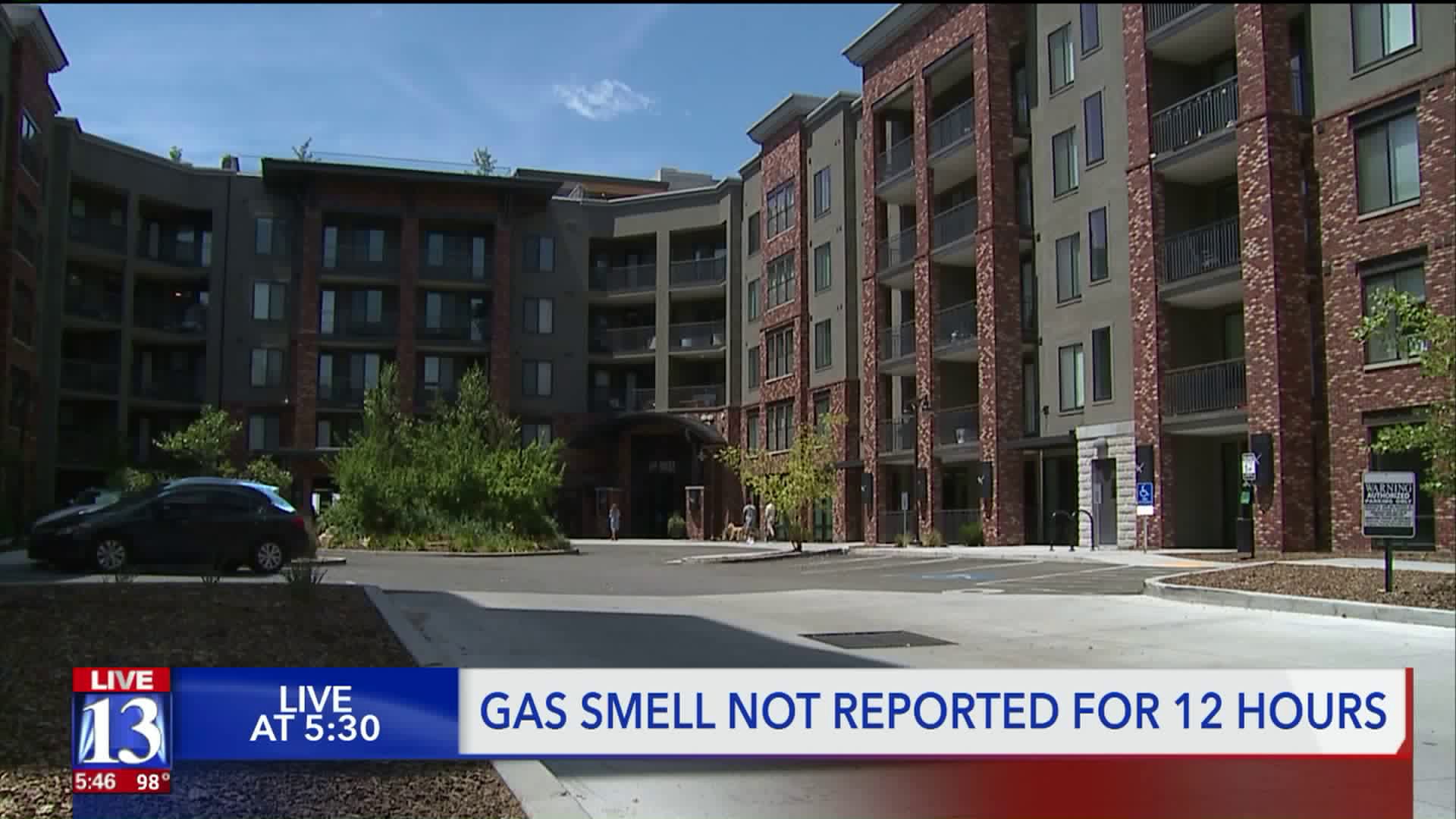 Dominion Energy says a gas leak that forced hundreds to evacuate should have been reported much earlier. 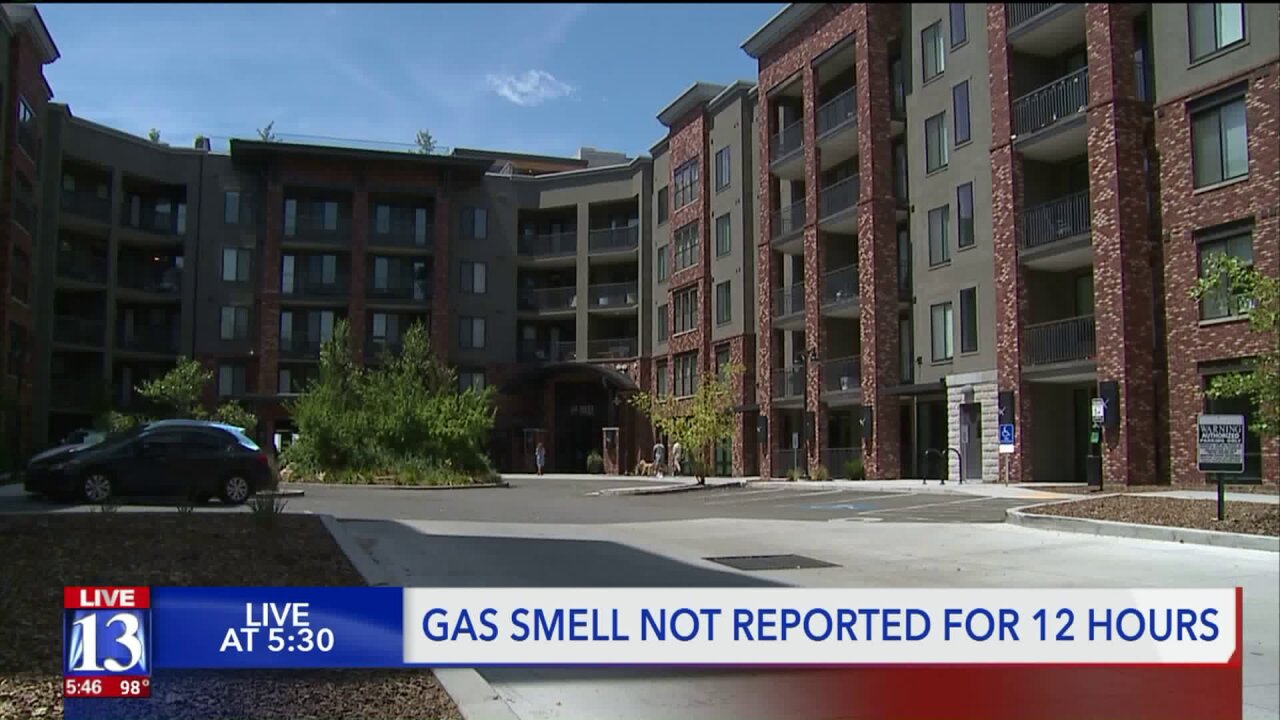 SALT LAKE CITY — Crews are still working at the 4th West Apartments in downtown Salt Lake City to try and figure out the source of 14 gas leaks that forced hundreds of people to evacuate the complex for about five hours on Friday night.

FOX 13 has obtained new information that shows managers at the apartment complex may have been able to prevent gas from reaching such dangerous levels if they followed standard safety procedures recommended by their gas company.

Don Porter, a spokesperson for Dominion Energy, said someone reported the smell of gas to staff at 4th West Apartments on Friday morning, about 12 hours before anyone from the complex called to report the issue.

Residents at the apartment complex said they were upset nobody from the complex told them about the number or severity of leaks.

Some tenants were especially upset to learn about the lack of response from the company that morning.

Morgan Farmer said she had to spend the night in an ambulance because she wasn’t capable of getting back into her room to grab medication or her oxygen.

“With my breathing and not having full capacity of lungs, you just don’t feel well,” Farmer said. “I want to know who was contacted at 9:00 a.m. and did not call the gas company immediately. That person should be fired, because they put over 1,000 people in jeopardy.”

A spokesperson with Greystar, the apartment complex’s management company, said maintenance crews investigated the gas complaint Friday morning but did not find anything wrong. Employees did not call Dominion Energy until getting more complaints that night.

“I think that sometimes there may be a hesitation to do that, because people think maybe if the gas company shows up they might get charged,” Porter said. “They don’t get charged for that. We show up, and we want to make sure everything’s safe.”

“This could’ve been prevented,” Farmer said. “I’d be safer living across the street on the lawn.”

Porter said it will be up to the apartment complex to repair the leaks, and he’s unsure if repairs have been made so far.

“Once that gas travels through the meter, that’s the responsibility of the people on that side of the meter,” he said. “It does strike me as strange that there would be leaks in a fairly new property… We just hope we don’t get called out there again.”

The causes of the leaks are still under investigation. Porter said the gas company has ruled out simple mistakes such as tenants leaving their stoves on.

“I want answers, and I want to be safe where I live,” Farmer said. “If somebody that morning had called 911 right when they smelled it, instead of the office -- who didn’t do anything about it -- that to me is a violation of my rights.”

A contractor working for the 4th West Apartments will resume testing on Tuesday. Gas has been fully restored to the building.