Skateboarder injured in collision with car in Provo Canyon

PROVO CANYON, Utah — A 19-year-old Eagle Mountain man was injured after colliding with a car in Provo Canyon.

The collision happened Friday, August 2, a short distance below the Squaw Peak overlook, according to the Utah County Sheriff’s Office.

The man was riding his skateboard and drifted into the opposite lane of travel as he went around a curve.

As he did,  a car driven by a 22-year-old man rounded the same curve in the correct lane of travel.

The man on the skateboard hit the front end of the car and sustained serious injuries. He is believed to have broken both legs above the knee and was transported to Utah Valley Hospital.

The driver of the car and his passenger were not hurt.

Utah County Sheriff’s Sgt. Spencer Cannon reminds those who engage in skateboarding on public streets that they are required to obey the same traffic laws as those driving motor vehicles. That includes, among other things, obeying speed limits (20 MPH on Squaw Peak Road), driving only in the correct lane, and, like bicycles, remaining near the right edge of the road. 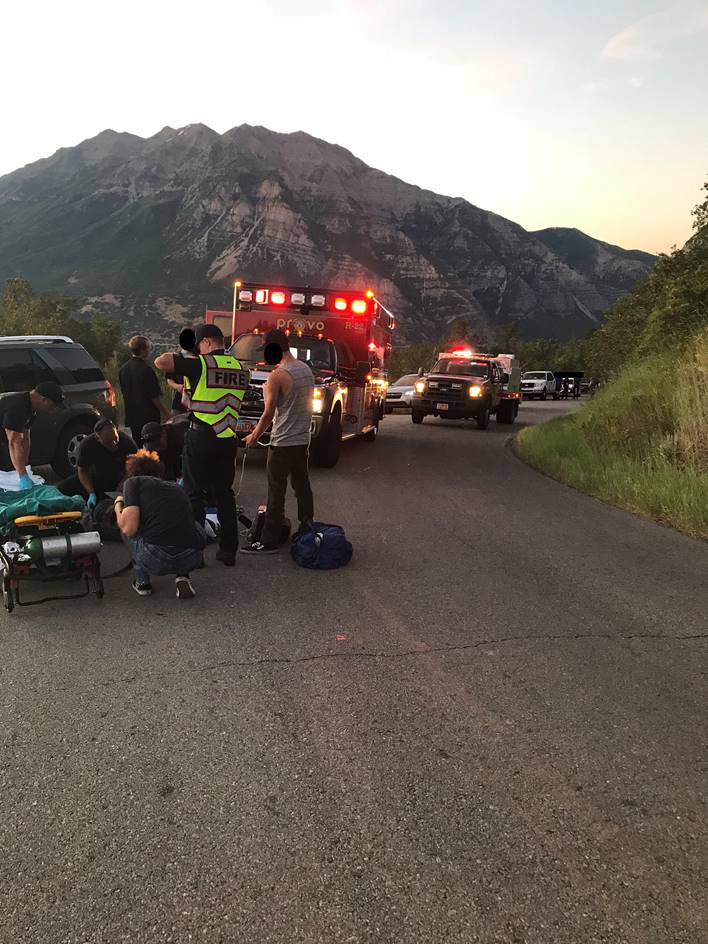