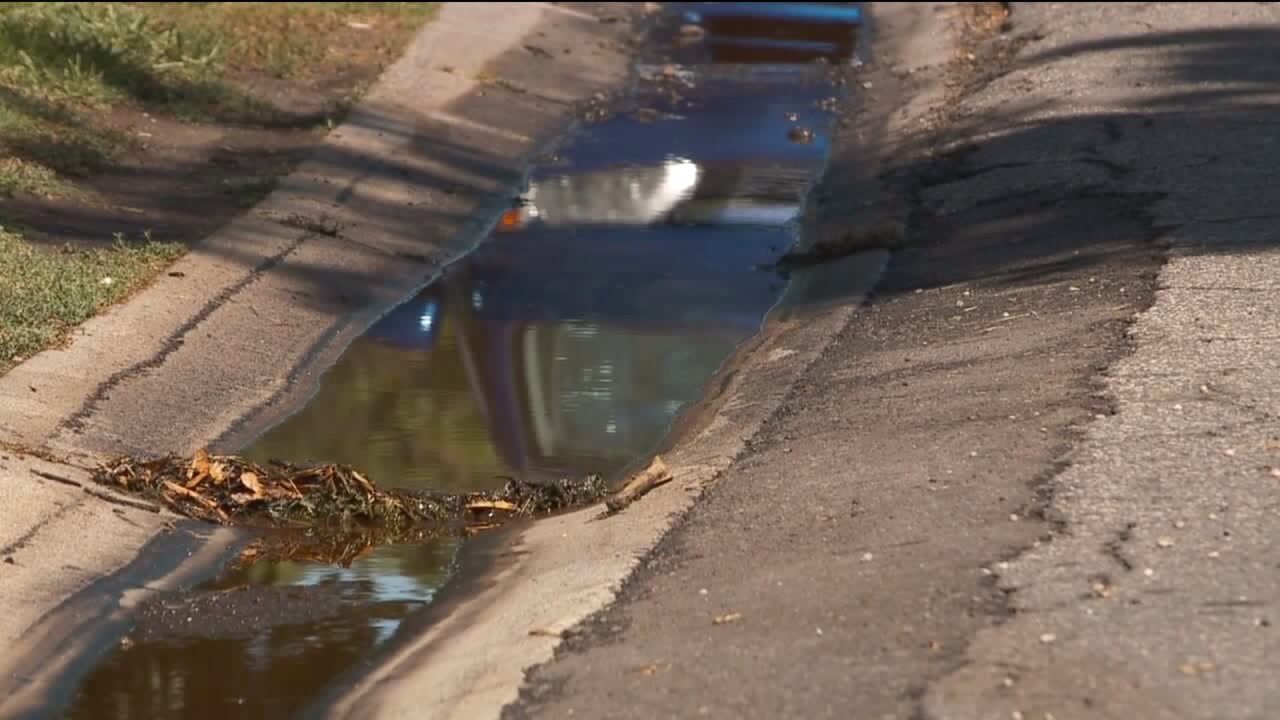 SALT LAKE CITY — An unexpected rainstorm Thursday morning caused oil from a chip and seal road project to run down gutter and storm drains near the Jordan River.

Rick Glem has lived in the neighborhood for forty years and has never seen the gutter filled with oil.

“It would be like dumping your motor oil down a storm drain, not a good thing to do,” said Glem.

Crews with Salt Lake City and other agencies were using tack oil and a fog spray in a fog spray they put over the roads after chip and sealing.

The project, Glem said, was not timed well.

“Somebody made a bad call,” said Glem. “I don’t want to say they messed up, because you’re dealing with the weather.”

Holly Mullen, a spokesperson for the Salt Lake City Department of Public Utilities said their response was quick, preventing further harm than there could’ve been.

“We had our vactor truck out here, which was a very big vacuum truck that sucked up a lot of the oily substance,” said Mullen.

Crews also placed booms and pom poms in the gutters to stop the flow, then placed mats over the storm drains which allows water to flow through, but not oil.

“We feel really good that things are sound and safe,” said Mullen.

Streets from 6th to 10th north in Rose Park are blocked off while crews finish off the roads.

Mullen said the Jordan River is safe from the oil as the gutters flow towards a sewage treatment plant north of the area.

The cleanup cost around $3,000 for crews from Salt Lake City.