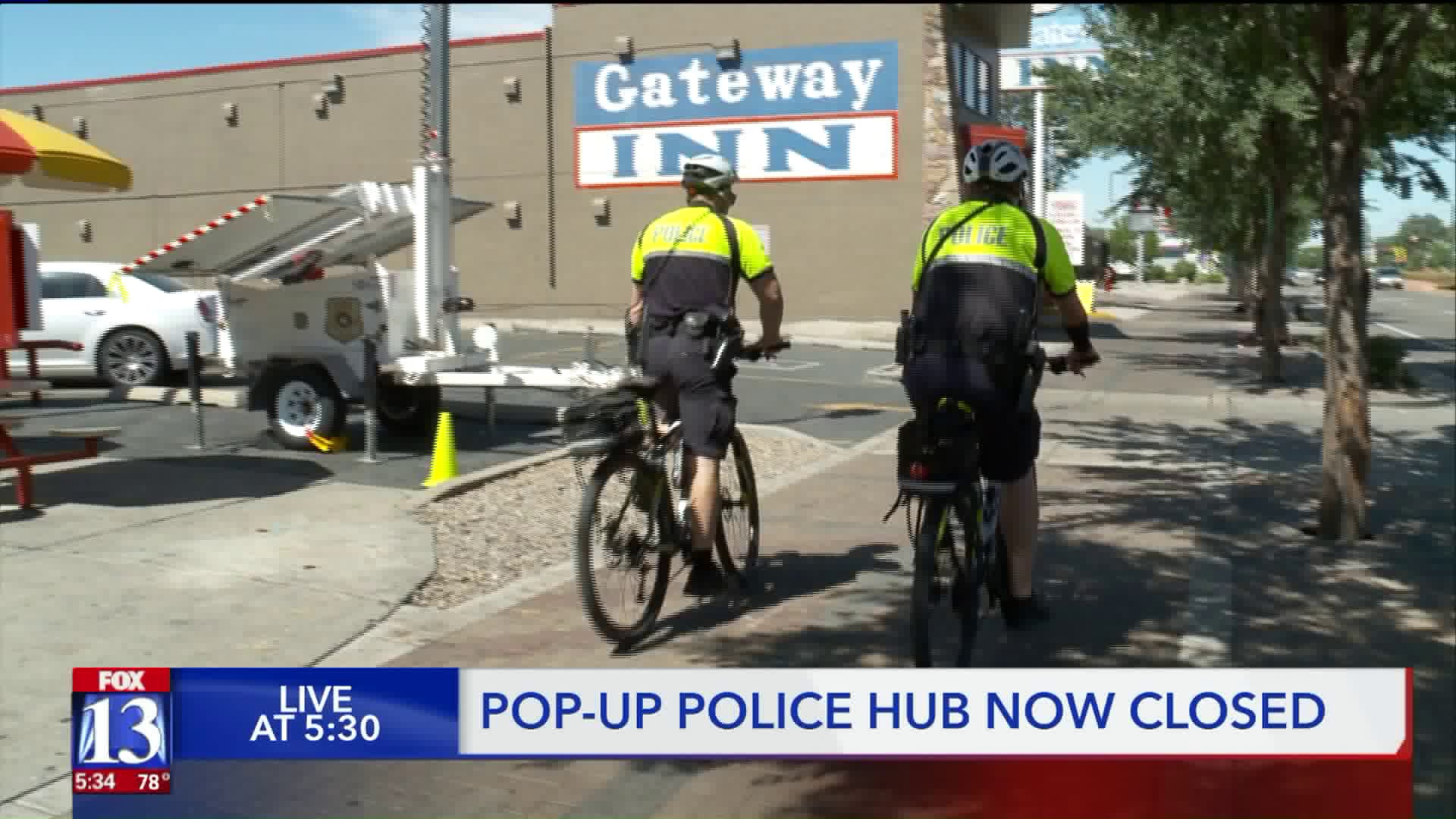 They had to move out, so will the crime come back? Salt Lake City Police are weighing in on the impact of their North Temple pop-up police hub and looking at what that means for the future. 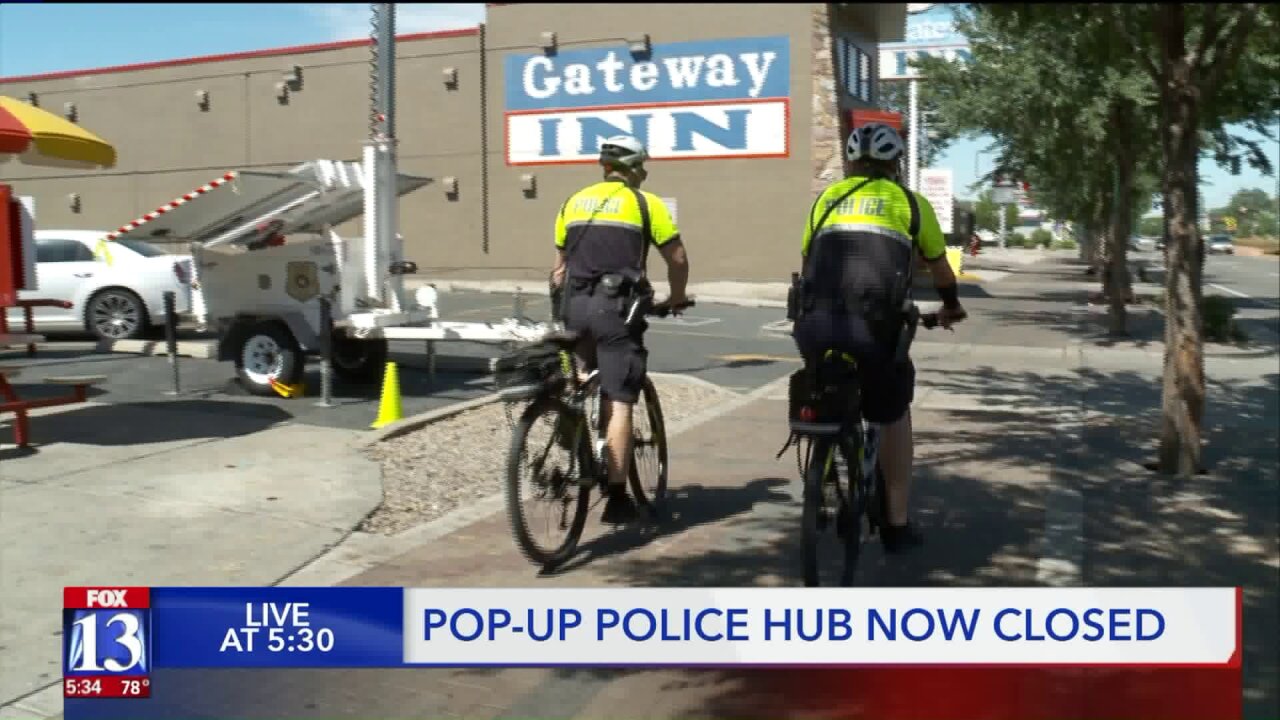 SALT LAKE CITY – They had to move out, so will the crime come back? Salt Lake City Police are weighing in on the impact of their North Temple pop-up police hub and looking at what that means for the future.

When a for-sale sign went up at the old Arctic Circle building near 800 West on North Temple two months ago, SLCPD's sign had to come down.

The boys in blue had called the space home to a pop-up police hub since June 2018, when a generous citizen offered to lease them the space on a month-by-month basis. Their rent? Just $1.

Police said the high crime and illegal activities were fostered by a local motel, the Gateway Inn.

“Within one month alone at the Gateway Inn we had about 130 calls for service,” Lougy said. “From violent felonies to aggravated assaults to prostitution, a lot of drug calls, a lot of drug exchanges going on.”

“It’s everybody’s problem, not just a police problem,” he continued.

Lougy said they were looking for a solution, so they stepped out of the box and into the old Arctic Circle building.

“Very quickly we’d seen a reduction in criminal activity, not only were we there in the building, we had a huge presence with our bike units, our street crimes units, our undercover drug units,” Lougy said.

Combined with the ultimate cooperation of the motel owner, as well as overwhelming support from the community and local businesses, police said the small hub was a huge success -- dropping crime rates in the area by 75% in just one year.

However, when the building hit the market one year into their operations, in June 2019, they had to hit the streets.

Now, they said they are happy to report crime rates have not only stayed down… they’ve gotten even lower.

“To only have 17 calls for service (in the month of June) at that particular motel, it’s huge,” Lougy said.

And while SLCPD no longer calls that old building home – it doesn’t mean they moved out of the area.

“We are there for the long haul and we [will] continue, even though we no longer occupy that particular business, we’re very actively engaged in that area,” he said.

SLC Police said they do rely on the community to help report crimes. If you see any criminal activity please call SLCPD at (801) 799-3000.