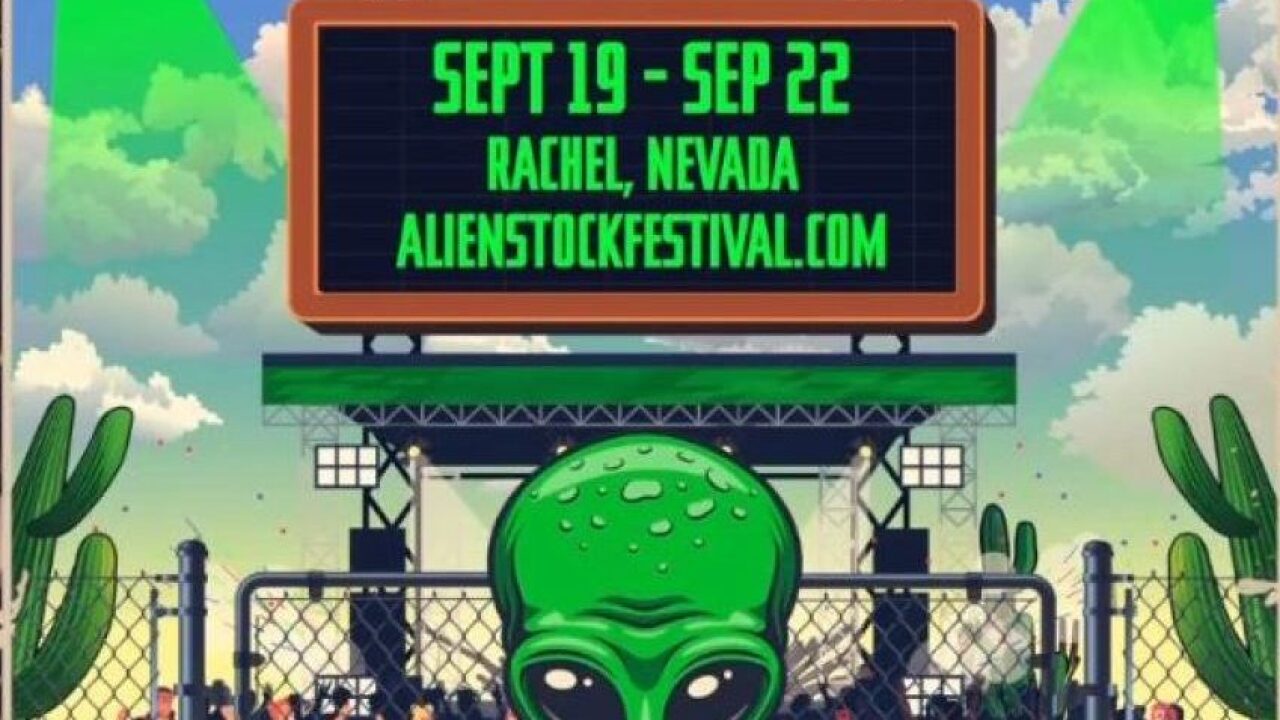 LAS VEGAS (KTNV) — A festival is being planned as a result of a Facebook joke that went viral: Alien Stock.

From September 19-22, “an experience that celebrates Aliens and the Unknown” will come to Rachel, Nevada — the closest town to Area 51.

A Facebook event page was made several weeks ago that called for people to storm Area 51, a top-secret facility in the middle of the desert in Nevada. The page was created by Matty Roberts, who lives in Bakersfield, California.

Connie West, the owner of the Little A’Le’Inn in Rachel, has been planning non-stop to host up to 30,000 people on September 20.

“We couldn’t build enough rooms to provide for the people that want them, our phone still hasn’t stopped ringing,” said West.

West says coordination is key and public safety is a top priority.

She has been in contact with Lincoln County leaders and law enforcement.

West plans to have on-site security as well as medical staff during the 3-day festival.

The event page went viral and millions of people indicated that they would be willing to travel to the remote location. News organizations from around the world began picking up the story, sending crews to Nevada to talk to the people who live in the area and the creator of the event page.

Despite naming the event “Storm Area 51, They Can’t Stop All of Us,” Roberts says he doesn’t want anyone to get hurt.

A new and adapted possible slogan is on the festival website: “They can’t stop us from gathering and celebrating Aliens!”

Roberts indicated early on that he was hoping that a gathering or a festival of some sort would be the result of all of the attention.

It appears he is getting his wish.